After a brutal August, the return of Congress could make September even tougher for Trump 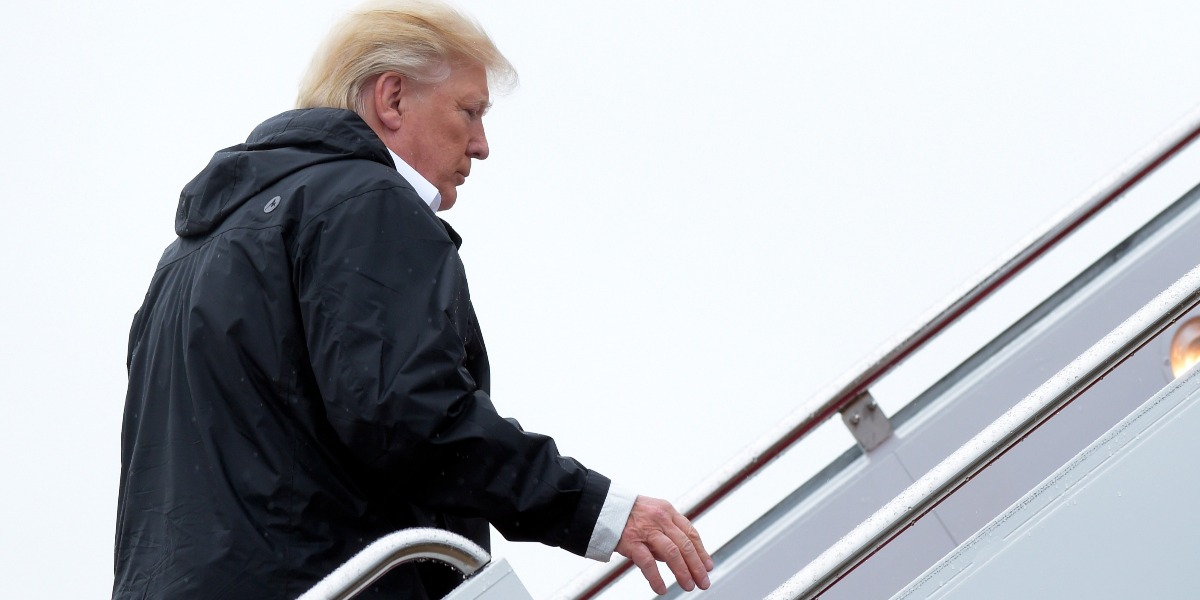 For President Trump, the month of August was a brutal, long and hot journey through the hellish, sticky and swampy Washington summer. His bungled response to the racial violence in Charlottesville almost provoked his chief economic adviser to resign. Trump’s remarks were so awkward that Chief of Staff John Kelly looked like he might throw up. Congressional Republicans — including the senior members of the party — were running for the hills, releasing statements of condemnation just to make sure their constituents knew that the KKK and neo-Nazis were bad people.

Trump had to let go of chief strategist Steve Bannon and aide Sebastian Gorka, guardians of the nationalist, Breitbart, America-First wing — both of whom Kelly couldn’t wait to get rid of. The public rhetorical hissy-fits between Trump and Mitch McConnell; Trump and John McCain; Trump and Jeff Flake; and Trump and any other Republican lawmaker he deems disloyal have been national embarrassments for the GOP establishment. Last but not least, the pardon of former Maricopa County Sheriff Joe Arpaio was about as political as a pardon can get — both sides of the political aisle blasted it as running roughshod over the justice system.

All of this happened when Congress was in recess for the month. With lawmakers coming back to town, Trump’s plate will be overflowing with new problems that are in many cases out of his direct control.

Congress disbanded for summer vacation having achieved nothing of consequence for the American people. With the exception of a Russia sanctions bill that codifies Obama-era penalties into law and increases financial pressure on Moscow’s defense and intelligence sectors, Capitol Hill has been the epicenter of inactivity. For Democrats, this works out just fine; stopping Trump’s legislative agenda is the principle goal of the Democratic Party in the era of Trump, just as killing legislation kept Republicans together during the Obama presidency. The current situation, though, is a potential disaster in the making for the Republican Party, which controls all three branches of government and yet still can’t find a way to pass a replacement for the Affordable Care Act. Whereas the GOP used to celebrate the crafting of a budget resolution every year, Speaker Paul Ryan is confronting a reality in which a budget may be dropped from the to-do list.

September could be an okay month for Republicans, or it could be the extension of the previous, floundering seven months of GOP-dominated rule. Although the Trump administration would like to get tax reform done before the year is out, it will likely be impossible without jamming it through the majority-vote reconciliation procedure. Unfortunately, the GOP needs to finish a budget in order to trigger reconciliation. If it doesn’t, Republicans’ dream of another Reagan Revolution-style tax cut will be at the mercy of Democrats in the Senate, a body that requires 60 votes to pass most bills.

Trump wants McConnell and Ryan to have another go at health care reform, but there’s as much of a chance of that getting done as the president’s approval ratings cracking the 50 percent mark.

The best the Republicans can do in September is the bare minimum — extending the debt limit by Sept. 29 and passing a funding bill by Sept. 30 that will keep the government open.  Raising the debt ceiling without spending decreases will piss off dozens of fiscal conservatives in the House, but it’s the only way the GOP will be able to escape the financial calamity associated with a default.

RARE POV: It’s Rex Tillerson’s turn in the hot seat as Trump turns on him publicly

Preventing a government shutdown will be trickier, since there are so many issues that could kill a negotiation (a hike in military spending without a hike in non-military spending, a decline in domestic spending, funding for a border wall, funding for Planned Parenthood or partisan amendments on Bob Mueller’s Russia investigation are just a few potential torpedoes). Democrats may be powerless to do a lot of things in Washington, but they still have the numbers in the Senate to force Republicans to work with them rather than around them. Because the GOP controls both houses of Congress and the executive branch, it will be the Republican brand that suffers the political repercussions of a government shutdown.  In other words, Trump, McConnell and Ryan really don’t have another choice other than to check their egos and the door and provide Charles Schumer and Nancy Pelosi some of the goodies they are asking for.