Stunning allegation of sexual assault hits Senator Al Franken, and there’s a picture to support it 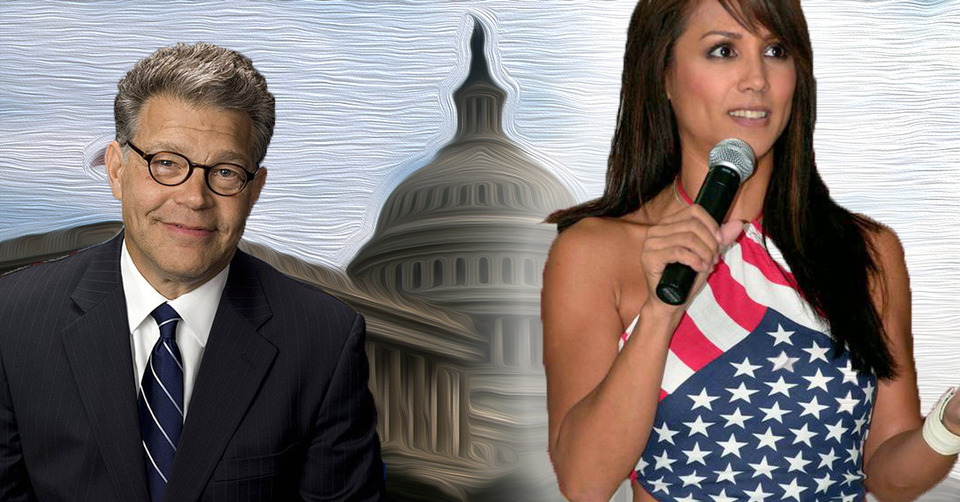 Al Franken is the latest celebrity to be accused of sexual harassment after a radio host claimed that the senator assaulted her in December of 2006 during a United Service Organizations tour.

Los Angeles-based sportscaster Leeann Tweeden wrote a long post on her radio network’s website in which she chronicled a series of advances she claims Franken made on her while they were together on the tour. She writes that Franken, a “Saturday Night Live” alum, wrote sketches for the tour and that one of the skits called for them to kiss; noting, “I suspected what he was after, but I figured I could turn my head at the last minute, or put my hand over his mouth, to get more laughs from the crowd.”

RELATED: Texas Rep. Eddie Bernice Johnson may want to put the shovel down after her latest comments on sexual assault

However, she claims that while backstage, Franken insisted, “We need to rehearse the kiss.” After spending a few minutes refusing his advances, Tweeden says she finally relented, and after they traded lines, she claims, “[H]e came at me, put his hand on the back of my head, mashed his lips against mine and aggressively stuck his tongue in my mouth.” She continued, “I immediately pushed him away with both of my hands against his chest and told him if he ever did that to me again, I wouldn’t be so nice about it the next time.”

Tweeden recalled, “All I could think about was getting to a bathroom as fast as possible to rinse the taste of him out of my mouth. I felt disgusted and violated.”

Tweeden, who was once a model, said that after returning home, she was looking through pictures of the tour when she stumbled across something absurd — there was a photo of Franken groping her while she was asleep. Tweeden wrote, “I felt violated all over again. Embarrassed. Belittled. Humiliated.” She closed her post by addressing the senator directly, saying, “[Y]ou wrote the script. But there’s nothing funny about sexual assault.”

The logistics of Tweeden’s story definitely check out. She and Franken were both on the tour — images from Getty show Franken on stage before a group of troops, holding a microphone and wearing a black and yellow “Army” jacket. Furthermore, political correspondent Mike Sacks noted that in Franken’s latest book, the senator said that he decided to run for public office during the 2006 tour. The former comedian wrote, “I felt like I could do something good. And spending two weeks with all these men and women who were risking far more than I would ever have to risk made me even more motivated to do as much as I could … I was going to run.”

Franken writes in his most recent book that he decided to run for Senate on the 2006 USO tour where Tweeden has accused him of forced kissing and groping pic.twitter.com/6L7VQ4s3OU

Sexual harassment on Capitol Hill has come into the forefront as stories break that there is a so-called “creep list” of elected officials and staffers known for harassing women.

“I certainly don’t remember the rehearsal for the skit in the same way, but I send my sincerest apologies to Leeann. As to the photo, it was clearly intended to be funny but wasn’t. I shouldn’t have done it.”