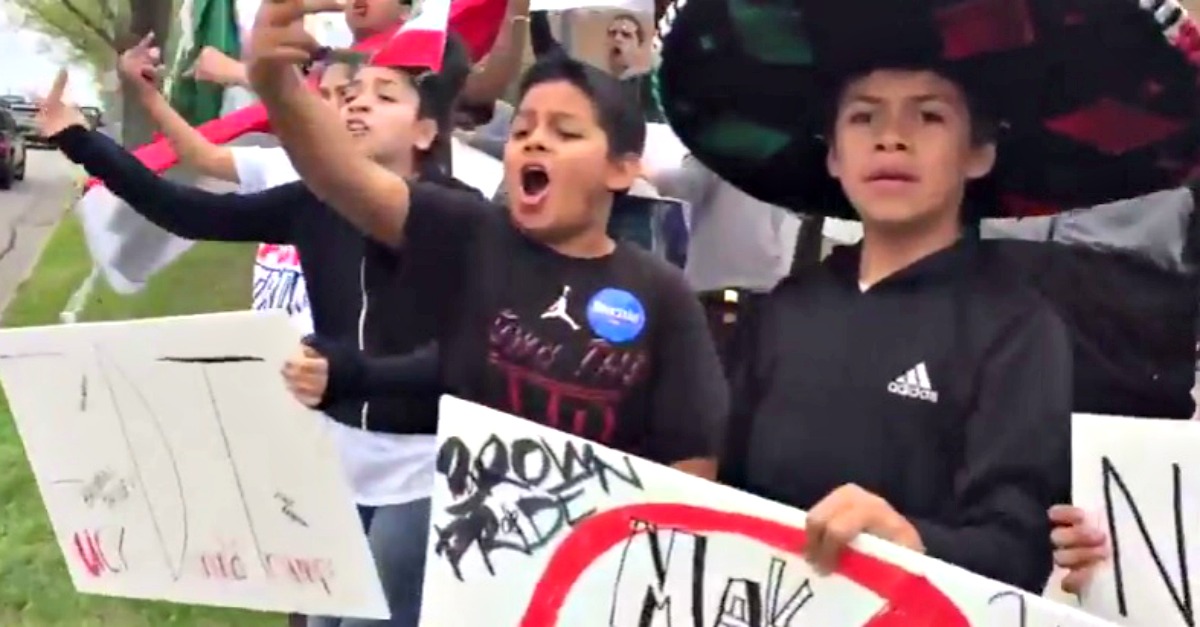 A group of young demonstrators heckled Donald Trump supporters as they drove by in California.

Here is a example of what most #trump rallies look like these days. These are protestors. Warning: strong language. pic.twitter.com/SwgM0WFLTa

Here is a example of what most #trump rallies look like these days. These are protestors. Warning: strong language. pic.twitter.com/SwgM0WFLTa

The kids shouted profanities at the Trump supporters, who also caught the incident on video.

RELATED: Even if Trump incites violence, it doesn’t excuse leftist thugs who try to shut him down

One young supporter held a Bernie Sanders sign, as he repeatedly shouted “fuck you.” He then yelled, “fuck the big ass wall,” in reference to Trump’s promise to build a wall to keep Mexicans from illegally crossing the border into the United States.

One woman bent over and patted her behind at the Trump supporters, while a child in a sombrero held a sign with “fuck you, puto” scribbled on it. “Puto” –a derogatory Spanish term– is often used as a slur against gay men.

The protesters waved both the American and Mexican flags as the Trump supporters drove by.

Ironically, one young boy held a sign that read “no hate in our state,” as the surrounding protesters flipped the middle finger to the Trump supporters.

The video is the latest example of heated words or confrontations on the campaign trail.