Are Trump’s hotels selling crony capitalists access to the president? 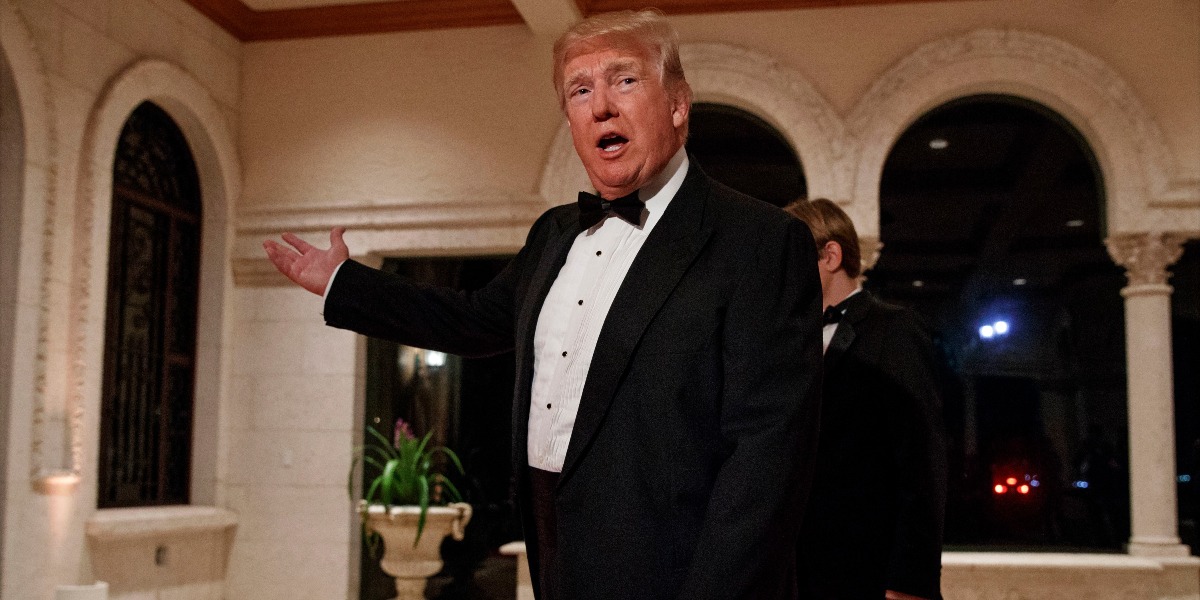 AP Photo/Evan Vucci, File
FILE - In this Sunday, Dec. 31, 2017 file photo, President Donald Trump speaks with reporters as he arrives for a New Year's Eve gala at his Mar-a-Lago resort, in Palm Beach, Fla. Trump slammed Pakistan for 'lies & deceit' in a New Year's Day tweet that said Islamabad had played U.S. leaders for 'fools'. 'No more,' Trump tweeted. Meanwhile, Pakistan had no official comment but Foreign Minister Khawaja Asif tweeted that his government was preparing a response that 'will let the world know the truth.' (AP Photo/Evan Vucci, File)

Before he was president, before he was host of The Apprentice, before he had that little cameo appearance in Home Alone 2: Lost in New York, Donald Trump was a hotelier, and a hotelier he remains today.

The Trump Organization owns other properties, of course, but the hotels, resorts, and golf clubs are his most visible endeavor. They’ve now become his most visible avenue of — well, if not brazen corruption and cronyism, at the very least a shameless disinterest in maintaining a reputation of integrity.

Take Trump’s New Year’s Eve party at his Mar-a-Lago resort. The ticket prices jumped by about 25 percent compared to last year, and both years the event sold out. For $600 to $750 a head, Mar-a-Lago members and their guests got a fancy dinner, drinks, dancing, and access to the president of the United States.

That access matters a lot, as conservative columnist Tim Carney explains at The Washington Examiner:

For some customers of Trump’s clubs, it appears that the rewards have been real.

When Trump ordered reviews of America’s trade agreements, with an executive order on his 100th day in office, he did what many presidents do: He chose some gritty American business as the setting. The business he chose? The Ames Companies of Camp Hill, whose president, Robert Mehmel, is a member of Trump National Golf Club-Bedminister. USA Today determined that on at least three occasions, Mehmel played Bedminster the same day Trump was there.

We don’t know what went down at Trump’s private club, but we know the basic facts: Mehmel pays to belong to Trump’s club, which enriches Trump and gives Mehmel personal access to Trump. Trump has used the power of the presidency to raise the profile of Mehmel’s company and to advance policies that would (by Trump’s telling, at least) profit Mehmel’s company.

The access to the president available for purchase at Trump properties has not gone unnoticed. Some members of Trump’s resorts have snagged administration jobs, and foreign officials choose to stay at Trump hotels because they believe it will win them favor with the White House.

“This is, at best, the appearance of corruption,” Carney writes, and “as long as he owns those businesses, Trump will keep making money off people who want favors from the president.”

Fired White House chief strategist Stephen Bannon reportedly believes that the “last person the president spoke to ended up with enormous influence,” and Bannon is in a position to know. If Trump is indeed so easily influenced, that makes this situation all the more troubling. But even if Trump were unswayable, even if he thoroughly knew his own mind and could not be effectively lobbied, the impropriety here would still be enormous.

These conflicts of interest matter because the presidency as an institution is way too powerful. There will always be unscrupulous interests ready to buy power, and the presidency has plenty of power to sell. Trump’s properties have merely offered a too-convenient marketplace for the transaction.