President Obama on Sunday addressed the American people hours after the horrific mass shooting in an Orlando, Florida gay club that left 50 dead and 53 injured.

“Today, as Americans, we grieve the brutal murder and horrific massacre of dozens of innocent people,” the president said in an address from the White House, which was not previously scheduled.

The shooting, which is the deadliest shooting in U.S. history, was committed by 29-year-old Omar Mateen of Port St. Lucie, Florida.

RELATED: The Orlando terrorist may have been motivated by hate, his father believes

While it is still early in the investigation, it is clear that “this was an act of terror and it was an act of hate,” the president said in his short remarks.

"This was an act of terror and act of hate." —@POTUS on the tragic shooting in #Orlando https://t.co/i7fOS38GzH

While the president did not make any political remarks during the short address, he made an indirect call on lawmakers who have been curbing his efforts to pass gun control regulation.

“Today marks the most deadly shooting in American history. The shooter was apparently armed with a handgun and a powerful assault rifle,” the president said, adding “this massacre is therefore a further reminder of how easy it is for someone to get their hands on a weapon that lets them shoot people in a school, or in a house of worship, or a movie theater, or in a nightclub. And we have to decide if that’s the kind of country we want to be. And to actively do nothing is a decision as well.”

RELATED: Witnesses to mass shooting in Orlando describe the anguish: ‘I can’t stop crying. I feel so sick.’

"In the face of hate and violence, we will love one another. We will not give into fear." —@POTUS https://t.co/i7fOS38GzH

The president ordered that flags fly at half-staff until Thursday in memory of the victims of the Orlando shooting. Pure nightclub, which was the scene of the horrific shooting, was a “place of solidarity and empowerment” for the LGBT community in Orlando, the president said, specifying that “the shooter targeted the nightclub.”

In closing his short, yet somber remarks, the president spoke directly to the American people, saying explicitly that “attacks on any American… is an attack on all of us.”

“In the face of hate and violence, we will love one another,” the president said. 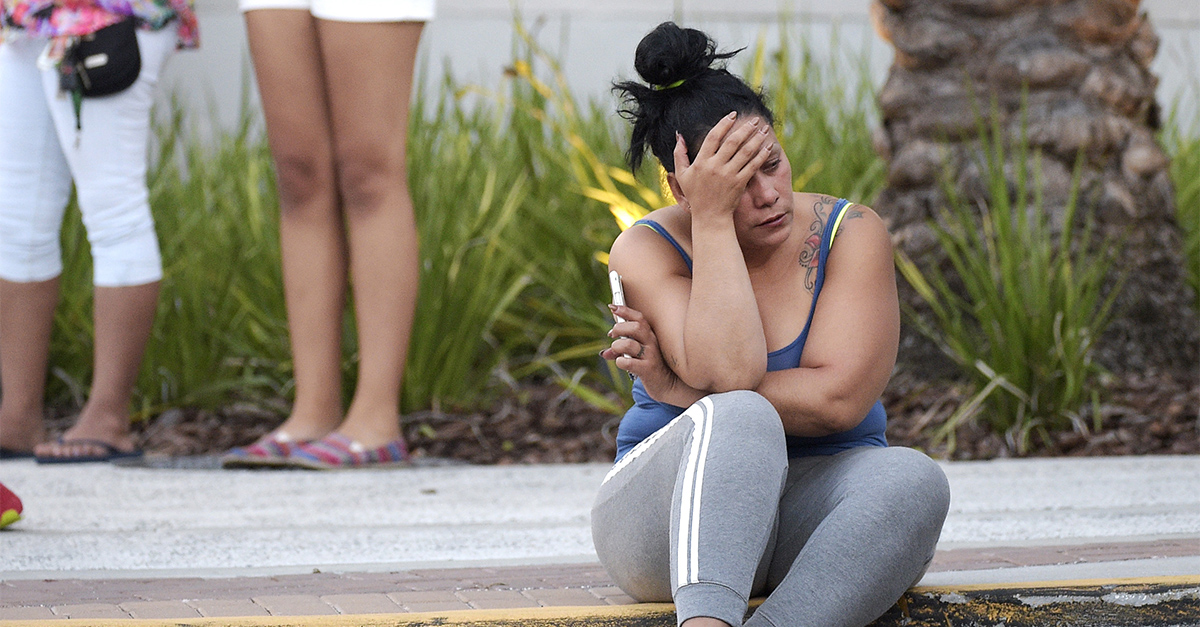