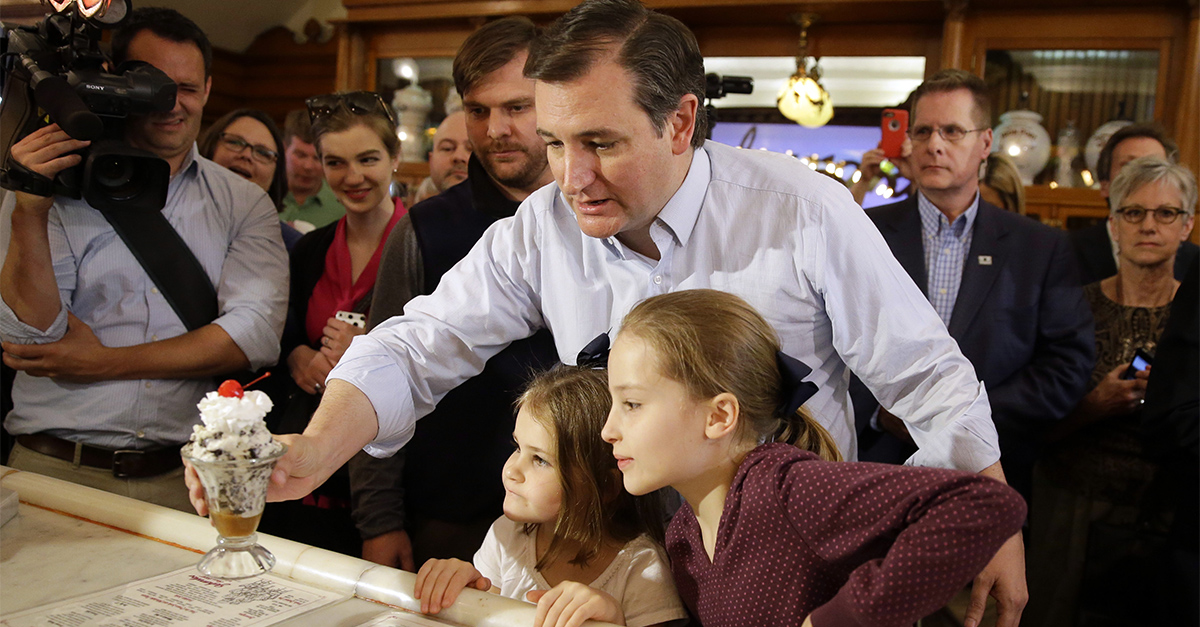 GOP presidential candidate Ted Cruz has been trying to win the affections of voters in Indiana ahead of Tuesday?s votes. But, it seems that one future voter is not feeling the love from Ted Cruz.

Cruz?s daughter, Caroline, literally took off running when her father tried to hug her on stage during a campaign rally. Cruz was on stage with his wife. Heidi, and their youngest daughter, Catherine.

RELATED: While accepting the running mate position, Carly Fiorina decided to break out into song

The attempted hug came during a Cruz push in Indiana, where 57 delegates are at stake for Republicans in the state. Cruz is currently lagging behind GOP front runner Donald Trump in total delegate counts. Trump has 996 delegates, while Cruz has 565 and John Kasich has 153 delegates total.

RELATED: Somewhere, Trump supporters are smiling at a kid?s clear message to Ted Cruz during a speech

The candidates are all fighting to make it to the 1,237 delegates needed to win the Republican Party?s nomination in July.

This is, unfortunately, not the first time such an incident was captured on camera along the campaign trail.