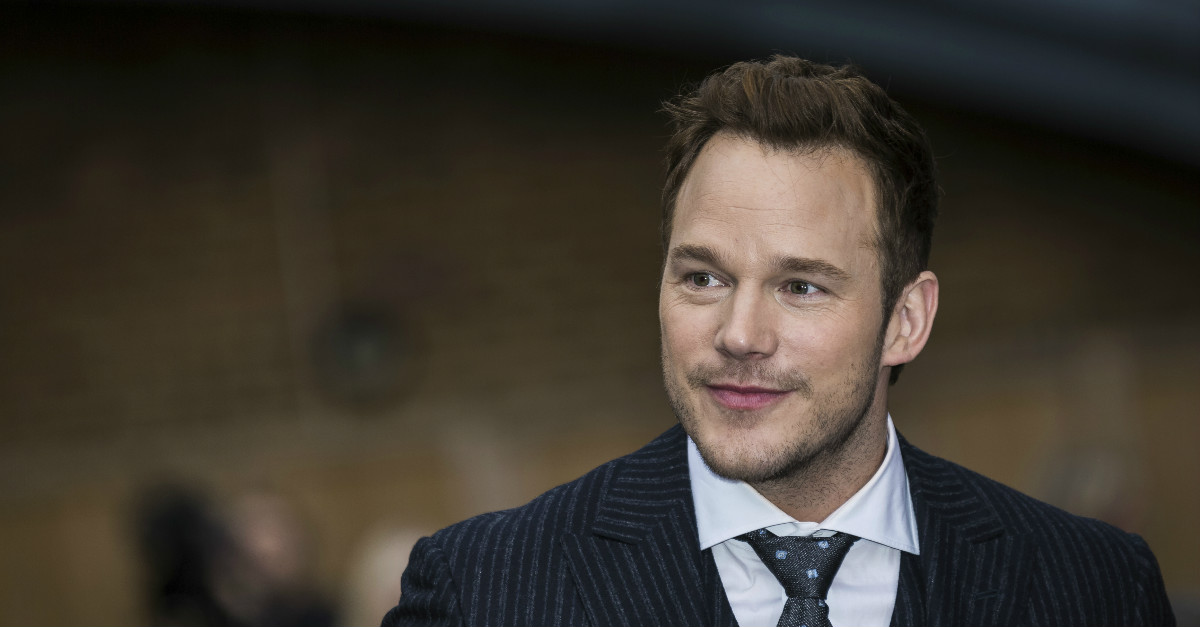 The politically correct crowd is always looking for a victim to sacrifice on their altar. More often than not, their pearl-clutching is over some non-incident they’ve decided to balloon into a mini-scandal.

Such is the case with Chris Pratt.

The popular actor, star of the movies “Jurassic World” and the mega-hit “Guardians of the Galaxy,” issued an apology on his Instagram account last weekend after publishing a post that they deemed insensitive to the hearing-impaired. His statement explained the situation in full:

Instagram does this thing where it mutes all the videos it shows and forces you to turn on the volume in order to hear them. (maybe because most people are watching those videos at work when they should be working and don't want to get caught. I know that's when I do it. 😬) So when I made a video recently with subtitles, and requested that people turn up the volume and not just "read the subtitles" it was so people wouldn't scroll past the video on mute, thus watching and digesting the information in the video. HOWEVER, I realize now doing so was incredibly insensitive to the many folks out there who depend on subtitles. More than 38 million Americans live with some sort of hearing disability. So I want to apologize. I have people in my life who are hearing-impaired, and the last thing in the world I would want to do is offend them or anybody who suffers from hearing loss or any other disability. So truly from the bottom of my heart I apologize. Thanks for pointing this out to me. In the future I'll try to be a little less ignorant about it. Now... I know some of you are going to say, "Hey! Chris only apologized because his publicist made him!" Well. That is not the case. As always I control my social media. Nobody else. And I am doing this because I'm actually really sorry. Apologies are powerful. I don't dole them out Willy-Nilly. This is one of those moments where I screwed up and here's me begging your pardon. I hope you accept my apology. And on that note. Why doesn't Instagram have some kind of technology to automatically add subtitles to its videos? Or at least the option. I did a little exploring and it seems lacking in that area. Shouldn't there be an option for closed captioning or something? I've made them lord knows how much money with my videos and pictures. Essentially sharing myself for free. I know they profit. So... GET ON IT INSTAGRAM!!! Put closed captioning on your app. #CCinstaNow

Needless to say, Pratt appears to be a very down-to-earth guy. With celebrity and riches at his disposal, he could very easily have evolved into a much worse version of himself. His Instagram mea culpa shows that’s not the path he’s on.

The apology references the objection certain individuals had to his initial post directing viewers to “turn up the volume” and “not just read the subtitles.” Were his jovial suggestions harmless? Definitely. There was no malice behind them and certainly no interest in singling out those with a hearing impairment. Regardless, the PC police viewed his words as a serious affront to those with a disability, and demanded an apology be made.

Sensitivity is an important aspect of life. We should go out of our way to help those around us when we see the need. Kindness is too often forgotten in today’s plugged-in world where keyboard warriors prepare to battle over the slightest outrage. As far as that’s concerned, I respect Chris Pratt for going above and beyond what was necessary in order to ease the minds of a few disgruntled individuals. However, the situation also highlights what is a very slippery slope.

RELATED: Are liberals the most intolerant people in America right now?

It’s easy to recognize those who are looking to inflict damage on others because of race, religion, economic level, or physical ability. They are the ones we should take the time to rebuke. Instead, safe space culture goes out of its way to find a criminal where there isn’t one. That’s what happened to Pratt.

As manufactured instances increase, real problems that need to be addressed will continue to be drowned out. This will be the legacy of political correctness.