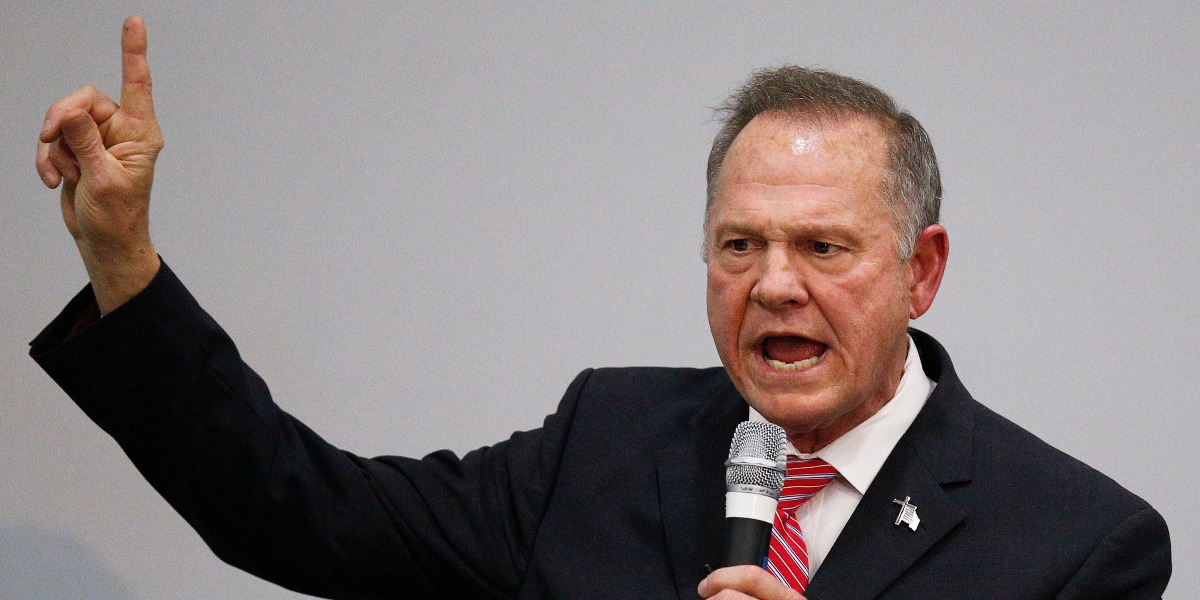 “Let me tell you, If Jesus Christ gets down off the cross and told me [President] Trump is with Russia,” a CNN panelist named Mark Lee said Sunday, “I would tell him, ‘Hold on a second. I need to check with the president if it’s true.’”

Lee’s comment drew gasps from his fellow panelists and a mixture of shock, schadenfreude and cynicism online. It made for especially potent criticism when paired with recent poll results that found 37 percent of Alabama evangelicals consider themselves more likely to vote for Senate candidate Roy Moore now than they did before he was accused of sexual assault on girls as young as 14.

Here, critics charged, is every evidence we need to conclude American Christians, or at least the evangelical segment, have sold our souls for political power, like a modern-day Esau selling his birthright for a bowl of soup. “Poll: Majority Of Evangelicals Would Support Satan If He Ran As Republican Candidate,” snarked a headline from the Babylon Bee, a Christian satire site in the style of The Onion.

RARE POV: What do you do with a problem like Roy Moore?

The reality here is more nuanced, but still deeply troubling, so let’s start with the good news.

First, as voices as diverse as FiveThirtyEight’s Nate Silver and Christianity Today’s Ed Stetzer have noted, there is an important difference between saying evangelicals are more likely to vote for Moore after the allegations and saying they’re more supportive because of the allegations.

To quote Silver, for most people this “means ‘I’m a Moore supporter & don’t believe the allegations’ and not ‘I approve of the conduct the allegations allege.’” The most obvious and charitable explanation for those poll results is that they demonstrate evangelical voters are redoubling their support for a man they believe, however implausibly, to be wrongly accused.

And Lee, well, one hopes he was aiming for hyperbole. But even if he were serious, the inanity of one CNN panelist is hardly cause enough to declare the sky is falling.

That is not to let off the hook Christians (evangelical or otherwise) who evince a less dramatic but still inappropriate loyalty to politicians like Trump and Moore. It is plenty possible to have a disordered relationship with faith and politics without explicitly ranking the president above Jesus or expressing enthusiasm for electing alleged pedophiles.

There is something very wrong with how the American church relates to political power, and though this dynamic is at present most egregious and visible on the political right, it is not isolated there.

That something is civil religion, which for Christians in America means making the gospel a tool of our political ends, an accessory to our patriotism and a cheerleader for our favorite causes and politicians.

Civil religion is what happens when we in principle pledge our exclusive allegiance to Jesus but in practice live more as political loyalists than followers of Christ. It’s when we come to believe, perhaps even unconsciously, that a politician or party can be the source of our hope and security. It’s when, as Psalm 146 puts it, we “put [our] trust in princes, in human beings who cannot save” rather than the God who “upholds the cause of the oppressed.”

Civil religion is a convergence of the language, ceremonies and aims of religion and politics, and the result is to demote faith and drape the state (or rather, the parts and politicians we happen to like) in a veil of divine sanction.

That’s dangerous for all sorts of theological reasons, but it has grim political implications, too. It blinds us to the failings — malicious and unwitting alike — of political figures, parties and movements we support while causing us to grow callous, cruel and dismissive toward our political competitors.

RARE POV: Too many in politics are more interested in spiting enemies than advancing good principles

To believe “with absolute certainty that you are on ‘the right side of history,’ or on the right side of a battle between ‘good and evil,’ is a dangerous and seductive form of idolatry,” wrote commentator Andrew Sullivan while musing on Moore and the sexual assault allegations against former President Bill Clinton decades prior. “If politics is fused with religion, and if your opponents are deemed evil, then almost anything can be justified to defeat them,” Sullivan continued, and left as well as right have “made their political struggle into a secular form of religion, and found myriad ways to defend the indefensible because the cause demanded it.”

Sullivan closes by hoping the recent cavalcade of sexual misconduct allegations will change these patterns of behavior, and that is my hope, too, especially within the church. Christians are supposed to be known by our love, not our love of power.