CNN is so anti-Trump they’re gushing over Kim Jong-un’s sister, who helps rule one of the world’s most tyrannical regimes 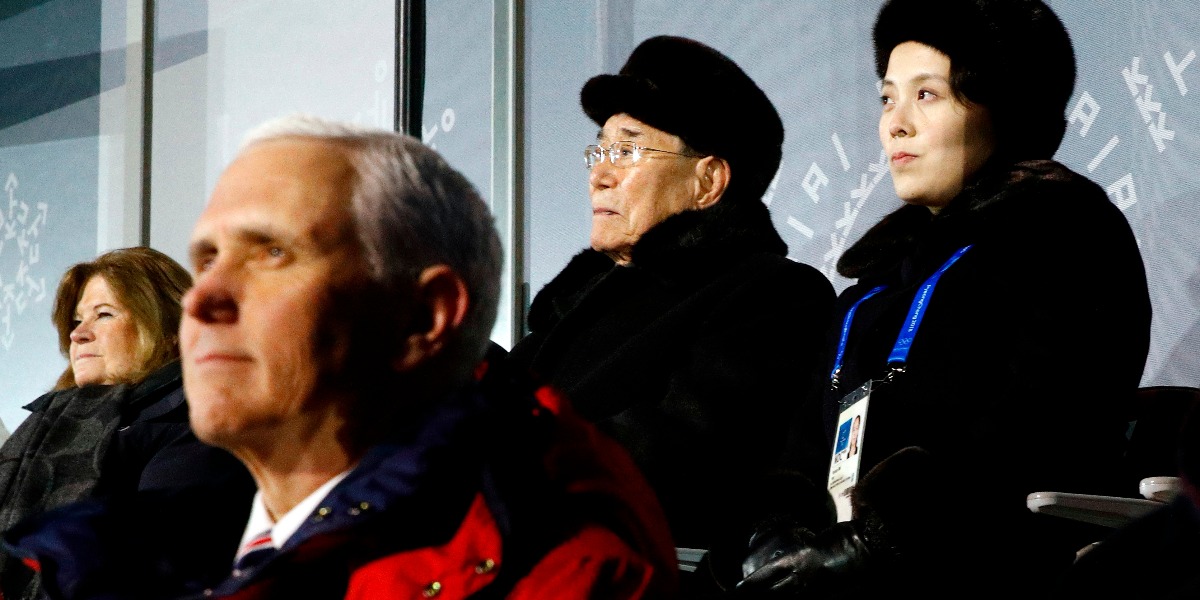 It didn?t take long for much of the American media to embarrass itself in its coverage of the Winter Olympics in South Korea.

And they aimed high, lavishing praise on the North Korean dictatorship?s propaganda efforts at the games.

?If ?diplomatic dance? were an event at the Winter Olympics, Kim Jong-un’s younger sister would be favored to win gold,? a CNN article gushed about Kim Yo-jong.

What did the sister (who is thought to be the deputy director of North Korea’s Propaganda and Agitation Department) of a man at the head of a government that routinely starves, imprisons and kills its own people, for offenses as minor as theft and watching South Korean television, do to warrant such praise?

She gave Vice President Mike Pence ?deadly side-eye,? as the Washington Post?s Philip Bump put it in a since-deleted tweet.

It?s rich to watch members of the media from the same set that?s spent a year belly-aching over the threat Russia poses and how important it was not to normalize President Trump normalizing the most murderous regime in existence today because they don?t like Trump?s vice president, a former Indiana governor and member of Republican House leadership — hardly anything out of the ordinary in American politics.

North Korea, on the other hand, is far out of the ordinary of international politics, even taking into account regimes like South Arabia and Iran.

The Democratic People?s Republic of Korea is an artifact of the 20th century ? the bloodiest in human history ? and it shows.

Communism was responsible for more than 100 million deaths between 1917 and 1991, when the Soviet Union fell apart.

The U.S.S.R. had its supporters in American media too, most prominently the New York Times? Walter Duranty, who served as Moscow bureau chief from 1922 to 1936, swallowing Soviet propaganda uncritically and denying the Ukrainian famine of 1932-1933, known as the Holodomor, was happening.

The North Korean regime practices a particularly virulent strain of communism, an extreme personality cult centered around the Kim family that?s been cultivated through more than 70 years of totalitarian terror.

Three generations of Kims have ruled North Korea since 1948, isolating their subjects from the rest of the world. The regime managed to survive through the Cold War by playing the Soviet Union and the People?s Republic of China against each other.

Since the early 1990s, North Korea has played a similar game, finding a space in the tensions between China and the Western powers.

North Korea?s brief media rehabilitation follows months of concern whipped up in the media about the deteriorating situation on the Korean peninsula. While President Trump has engaged China on the issue, and even tried to encourage Russia to take on a role in conflict resolution, his sometimes bombastic comments (he?s taken to calling Kim ?Rocket Man? and boasted that his nuclear button was both bigger than Kim?s and actually functional) have made it easy to create the perception of a rapid escalation of tensions in Korea.

But that?s not the case. Barack Obama warned Trump that North Korea was the biggest short-term threat the U.S. faced, and American officials have more or less continued along a path of diplomacy.

The engagement with China has been particularly important given Obama?s ?Asia pivot,? which amounted to a policy of containment that only led to China taking a more aggressive posture.

Providing North Korea cover by falling for its propaganda and treating it as some kind of ?charm offensive? only risks the precarious diplomatic gains made in the last year.

When members of the media gloss over the horrors of the North Korean regime because of their discomfort with or abhorrence of the Trump administration, they indulge in a dangerous myopia made possible by the privileged position we find ourselves in America, the same kind of embrace of ?the enemy of my enemy is my friend? thinking that?s led the U.S. elite into many deplorable alliances that require minimizing all sorts of atrocities.

About the author: Ed Krayewski
Ed Krayewski is an associate editor at Reason, teaches journalism at Seton Hall in South Orange, New Jersey, and creates comics with his father. Follow him on Twitter @edkrayewski
View More Articles