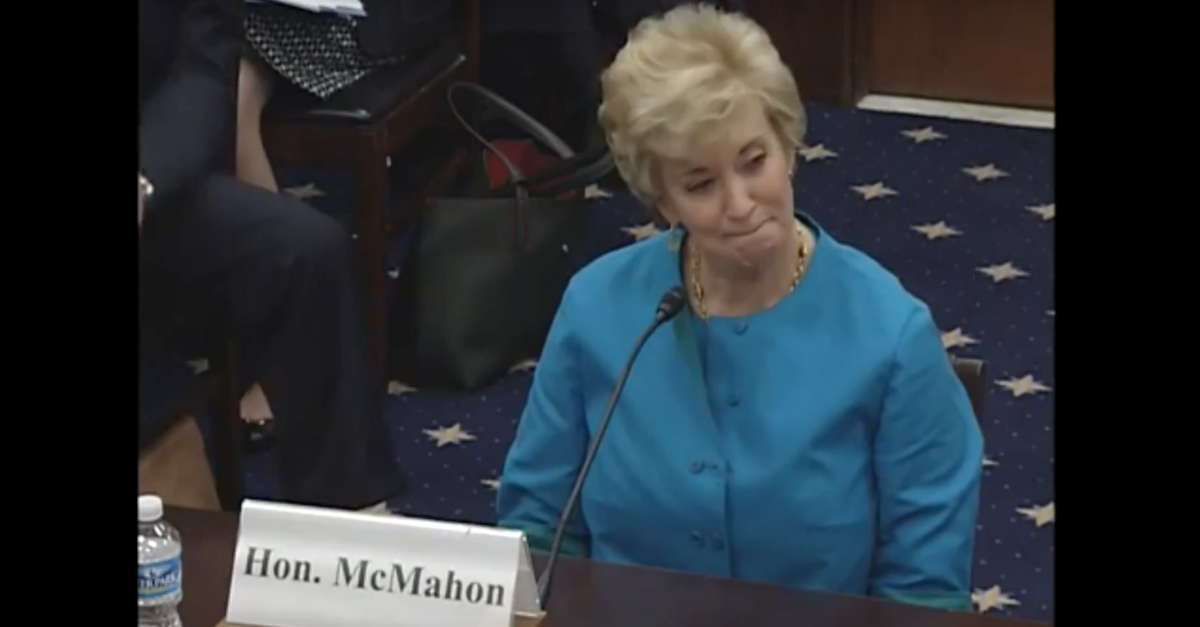 When Donald Trump chose WWE co-founder Linda McMahon to head the Small Business Administration, it was probably inevitable that some pro wrestling chatter would occur, and it did. At McMahon’s confirmation hearing, Sen. Cory Booker came close to physically challenging her son-in-law, WWE Superstar Triple H.

Now, Republican Congressman Rod Blum of Iowa has asked McMahon the one question that so many pro wrestling and Total Divas fans were wondering coming out of Sunday’s mega-event in Orlando, WrestleMania 33.

“Now that I only have 45 seconds left, I want to address the 800 pound gorilla in the room that no one has asked you so far, but I will, and some of my constituents want to know this is well, Administrator McMahon,” Rep. Blum teased during a hearing with the SBA head on Wednesday.

“Why did it take John Cena so long to propose marriage to Nikki Bella?” Blum asked. “And remember you’re under oath,” he reminded McMahon.

The room laughed and Mrs. McMahon grinned as well before replying, “You’d have to ask him.”

The famous WWE couple — wrestler and actor John Cena his fellow performer girlfriend Nikki Bella — had a successful marriage proposal on Sunday night in front of over 85,000 rabid pro wrestling fans. On the popular E! Network reality television show “Total Divas,” Cena repeatedly told Bella that marriage was not in the cards.

Obviously, that wasn’t the case.

My Prince Charming made me his Queen in a place we call home ❤💍Last night was truly unforgettable. A dream come true! N pic.twitter.com/voHOKAwE2q

I want to thank my always expressive "family" the @WWEUniverse for allowing me to have a #WrestleMania moment that I will NEVER forget!

But what really took Cena so long to pop the question? Unfortunately for Rep. Rod Blum, his constituents and no doubt so many other fans, Linda McMahon didn’t have an answer.