Could this Supreme Court ruling get rid of civil asset forfeiture? 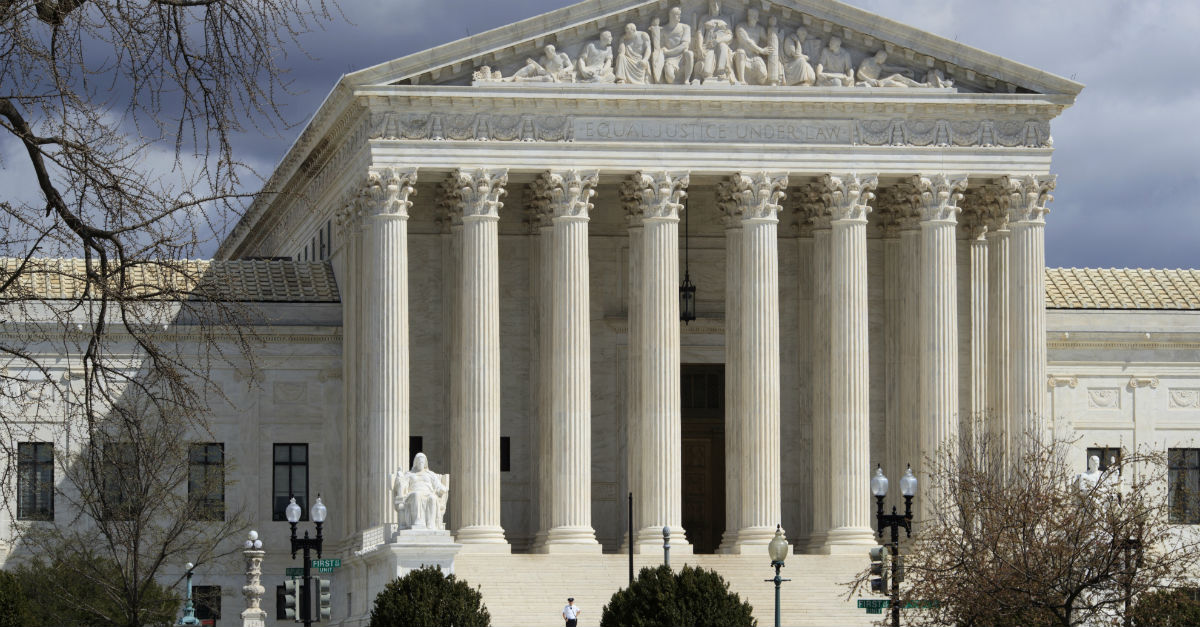 The Supreme Court ruled 7-1 this week that the state of Colorado doesn’t get to keep fines, court costs and other money taken from defendants if their convictions are overturned. The New York Times reports:

“Colorado may not presume a person, adjudged guilty of no crime, nonetheless guilty enough for monetary exactions,” Justice Ruth Bader Ginsburg wrote for the majority. […]

The state law required people cleared by the courts to file separate civil suits and prove their innocence with clear and convincing evidence to obtain reimbursement. Critics said the law was part of a national trend to extract fees and fines from people who find themselves enmeshed in the criminal justice system.

The SCOTUS majority is correct: The government should not be allowed to keep money taken from innocent people for crimes they did not commit. This ruling could be an important, if limited, blow to the rampant problem of policing for profit, in which all levels of government use the criminal justice system as a piggy bank to fill government coffers without officially raising taxes.

The decision seems especially relevant to civil asset forfeiture, which is when the government takes your money or stuff without charging you with a crime. The Institute for Justice (IJ), a libertarian law firm, made this connection too.

“Today’s decision upholds the fundamental principle that Americans are entitled to be presumed innocent until proven otherwise,” said Robert Everett Johnson, an IJ attorney, but the Colorado system this case eliminates and civil asset forfeiture both flout that principle.

“Using civil forfeiture, law enforcement seizes billions of dollars in cash and other property every year based only on suspicion of a crime. Property owners are then required to prove their own innocence to get that property back,” Johnson added. “The continued existence of civil forfeiture cannot be squared with the principles upheld in today’s decision.”

The good news is we may not have to wait for a forfeiture case to make it to the Supreme Court to see this legalized theft go away. As he details in an op-ed for Fox News today, Sen. Rand Paul (R-Ky.) is sponsoring bipartisan reform legislation:

To prevent future abuses, I, along with Rep. Tim Walberg, reintroduced the Fifth Amendment Integrity Restoration Act (FAIR Act) in March. The FAIR Act would dramatically reform federal civil-forfeiture laws to respect the American people’s Fifth Amendment rights while maintaining the ability of courts to order the surrender of proceeds from crime.

RELATED: Paul slams McCain and Graham on Syria: “They have learned nothing from our history in the Middle East”

Paul’s bill would eliminate a profit-sharing scheme that encourages law enforcement to seize property to pad their own budgets. It also “would ensure all property owners facing civil forfeiture have a right to an attorney, and it would restore the presumption of innocence.”

Read the rest of Paul’s plan —  and why it’s so badly needed — here.