Despite his memo, Rep. Devin Nunes never gave a damn about FISA abuse until Donald Trump became a target 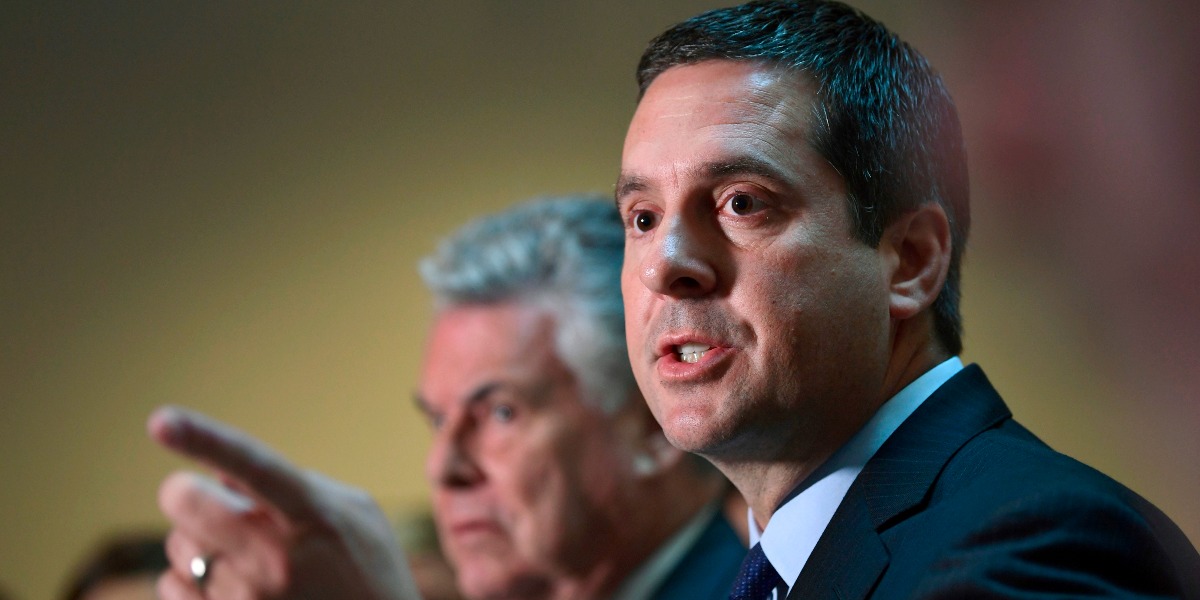 Depending on who you ask, the much-touted Nunes memo that was finally made public last week either revealed Watergate-levels of Democrat corruption or didn’t amount to much at all.

While I supported the memo’s release, this column is not about that. No, it’s about the glaring hypocrisy of the memo’s author, Republican Congressman Devin Nunes, of California.

But strangely, this is the first time in Nunes’ career that he’s ever cared about such abuse.

Just mere weeks before Republicans began advertising the Nunes memo, most voted to renew FISA mass surveillance without any reforms — reforms civil libertarians in both parties insisted were necessary and worked overtime to try to include in the bill.

The timings of the FISA reauthorization and release of Nunes’ memo couldn’t demonstrate these Republicans’ duplicitous posturing more clearly.

The Nunes memo was released to the public Friday. Two weeks prior, on Jan. 11, the House passed FISA reauthorization without any reforms. “The House of Representatives has taken a big step to ensure the continuation of one of the Intelligence Community’s most vital tools for tracking foreign terrorists,” Nunes said in a statement, applauding the vote.

So is Trump a “terrorist?” Nunes clearly believed at the time of the vote that the surveillance reauthorization would only be used against foreign enemies, never innocent Americans (despite his apparent earlier efforts to include an “unmasking” provision, born, it seems, solely from his concern for Trump). Civil liberties advocates have long argued that who’s a “terrorist” under current law is broad enough to include private U.S. citizens, journalists, members of Congress and even presidents — basically anyone communicating with foreign targets can have their private phone calls, texts and emails monitored.

The irony did not go unnoticed by libertarian Republicans.

“While I applaud the release of this memo, I also call for Congress to take immediate action to help prevent such behavior in the future,” said Sen. Rand Paul (R-Ky.) on Friday. “It is imperative it start by listening to Americans who have expressed outrage over its disregard for the Fourth Amendment and reexamining the powers it reauthorized right before we learned of the memo,” (emphasis added).

“The central allegation is that a warrant was obtained fraudulently or without sufficient cause,” Amash tweeted Friday. “If true, it shows the dangers of the secret Foreign Intelligence Surveillance Court, something [House Liberty Caucus] and [House Freedom Caucus] members have been saying for a long time.”

The libertarian-leaning Amash has been a staunch advocate for reining in warrantless mass surveillance his entire time in Congress, while the more authoritarian Nunes has criticized Fourth Amendment defenders like Amash as being in league with terrorists.

Nunes accused Amash specifically of this in 2014.

“[Amash] been leading the charge and not telling the truth about [NSA surveillance policies],” Nunes told POLITICO four years ago, “He’s been fanning the flames … ” Nunes continued, calling Amash  “al-Qaida’s best friend in the Congress.”

It’s worth noting that Amash is a Palestinian American, and Nunes accused him of being in bed with terrorists during Amash’s 2014 Republican primary, in which Nunes supported Amash’s more hawkish opponent, Brian Ellis.

Amash’s supposedly risky votes were to protect Americans citizens from precisely the type of surveillance abuse Nunes now claims Trump’s campaign or advisers have been victimized by.

Has Nunes, too, now allied with al-Qaida? Or did Amash and civil libertarians understand something years ago that Nunes and friends only discovered once they thought it might help them score partisan points with the White House?

Today, Devin Nunes might not like the government unlawfully spying on Donald Trump, but he’s spent his entire career protecting the Deep State’s power to do precisely that to the rest of us.