Despite not serving in the military, Donald Trump now has the Purple Heart he always wanted 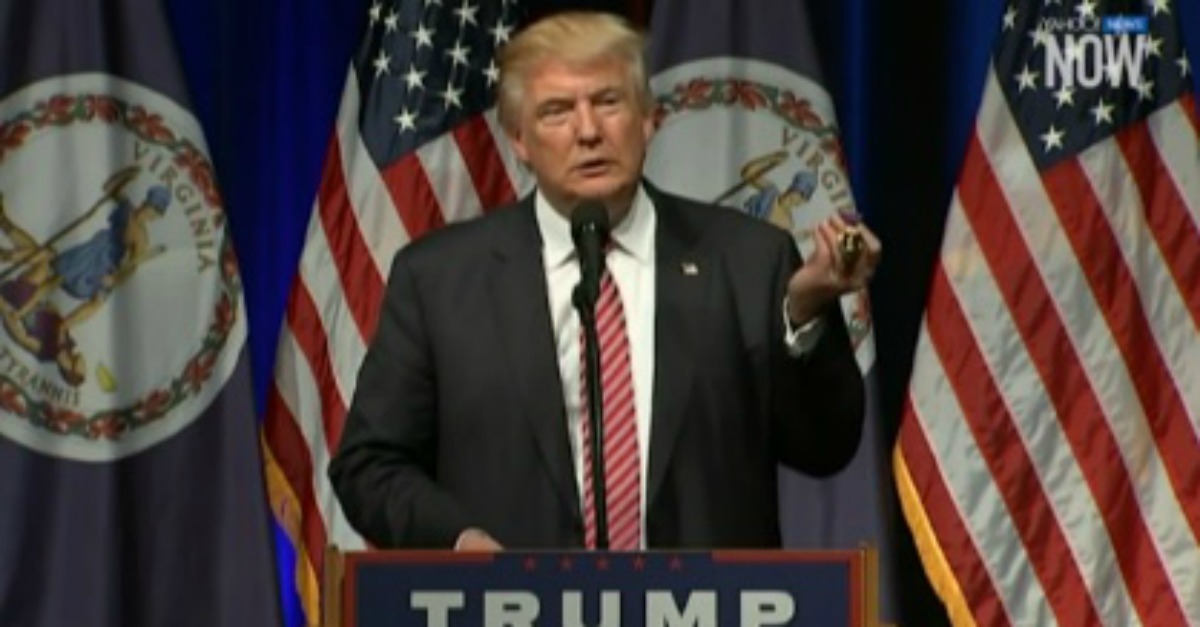 Donald Trump is now the proud owner of his own Purple Heart. Trump, who got four draft deferments during the Vietnam War, received the medal from an Iraq War veteran during a rally in Ashburn, Va., Tuesday.

“I said to him, ‘Is that like the real one, or is that a copy?’” Trump told the audience.

The Republican presidential nominee said retired Lt. Colonel Louis Dorfman told him, “That’s my real Purple Heart. I have such confidence in you.” Dorfman received the medal after being injured in Iraq in 2007, Politico reports.

“And I said, ‘Man, that’s like big stuff.’ I always wanted to get the Purple Heart,” Trump said. “This was much easier.”

Trump invited Dorfman on stage for photos before telling the crowd that he’d asked Dorfman to make remarks, but the veteran told him, “No, sir. I’d just like you to keep saying what you’ve been saying.”

Getting Vietnam draft deferments for bone spurs and then getting a copy of a Purple Heart. And hey, looks just like the real thing.

Who the hell *wants* a Purple Heart?

The appalling gall of a draft dodger saying he "wanted" the Purple Heart.

As a military guy, can say that no one –*no one*– wants a Purple Heart. https://t.co/4IOisRA0dm

NBC’s Katy Tur tweeted that she spoke with Dorfman afterwards, and he admitted what he gave Trump was a copy of his medal.

The Purple Heart is awarded to U.S. service members who were wounded or killed while serving in the military.

Trump has been at the center of controversy with military families recently for his comments about the Gold Star family that took the Democratic National Convention stage last week. Khizr and Ghazala Khan lost their son, Army Capt. Humayun Khan, in 2004 while he served in Iraq. In a scathing takedown, Mr. Khan told the DNC audience that Trump had “sacrificed nothing.” Trump would go on to criticize Mrs. Khan for not speaking at the DNC and question whether her Muslim faith prevented her from speaking.