Dianne Feinstein will probably win another term in November, but many California Democrats won’t be pleased with the result 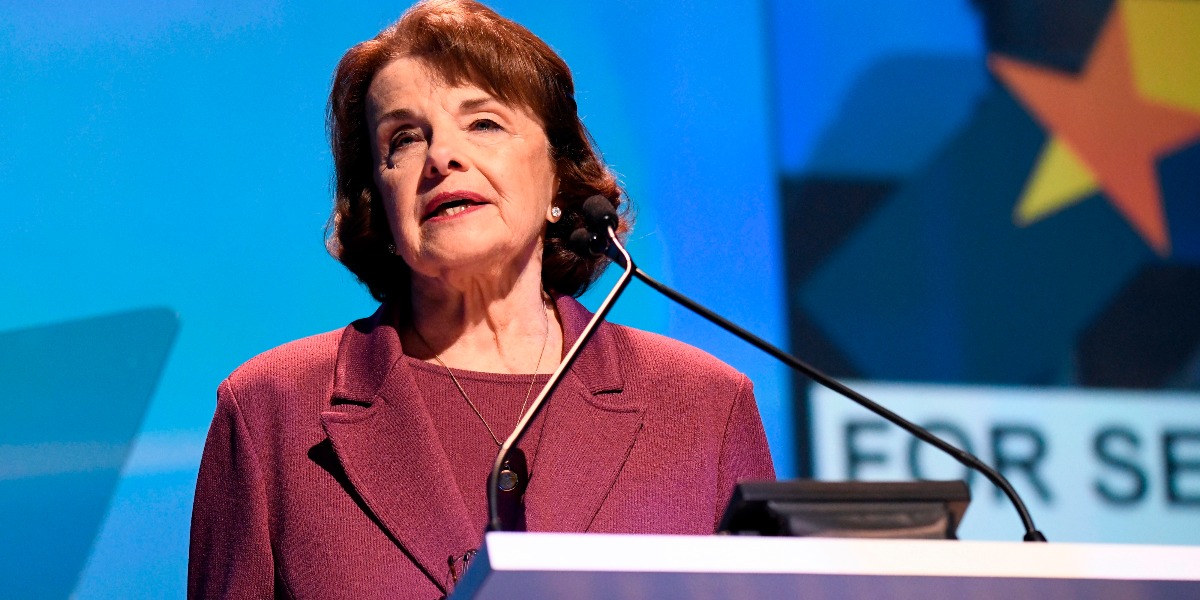 Sen. Dianne Feinstein may be labeled a Washington insider today, but she is a trailblazer in many respects. Although she has been a politician for most of her adult life, Feinstein is also a crusader for Democratic Party causes. From the day she was appointed by Gov. Pat Brown in 1960 to her first public service posting as the youngest member of California?s Women?s Board of Parole, she has risen up the political ranks to reach the apex of power in the state. Along the way, Feinstein became the first woman to serve as president of the San Francisco Board of Supervisors, the first woman ever to hold the job of mayor of San Francisco and the first woman to represent California in the United States Senate. Feinstein has been a senator ever since, winning five terms since 1992.

The Democratic politico she is, Feinstein is in the middle of her sixth senate campaign. The poll numbers suggest that she is well on her way to returning to Washington to represent the people of California with a fresh mandate. But polls aside, her race against California State Senate leader Kevin de Leon has proven to be tougher than expected ? not because de Leon is an especially gifted or charismatic politician with an ability to raise incredible sums of money from donors across the state (Feinstein holds a massive fundraising advantage with $10 million on hand compared to de Leon?s $500,000). Feinstein?s re-election campaign is tough, rather, because members of the state?s Democratic grassroots have never been that fond of Feinstein to begin with. That was revealed last weekend when she failed to win the California Democratic Party?s endorsement, winning only 37 percent of the vote to de Leon?s 54 percent at the party?s convention.

Losing to your challenger by seventeen points at a party convention is not a good look for any incumbent, let alone one like Feinstein who has been a longtime fixture in the Democratic body politic. Behind in the polls by an average of twenty-five points with nine months to go, de Leon milked Feinstein?s defeat for all it was worth. “The outcome of today?s endorsement vote is an astounding rejection of politics as usual,? de Leon said, “and it boosts our campaign?s momentum as we all stand shoulder-to-shoulder against a complacent status quo.? de Leon didn?t mention Feinstein once in his victory speech (it wasn?t exactly a victory speech after all; a candidate needs 60 percent to win the party?s nomination), but he didn?t need too. Everybody in the room knew who he was talking about; Dianne Feinstein, who has been in the political business since the 1960s, is an old establishmentarian who needs to move over and make way for the next generation of Democratic Party leaders.

None of this is new to the senior senator. Feinstein has been a target of the far-left of the progressive wing at least since 1990, when she announced to grumblings and boos that she was a supporter of the death penalty. Many of them don?t like her pragmatism on law and order issues or her unwillingness to fight President Donald Trump on everything he tweets and everything he proposes. They were annoyed that she didn?t take a harder line on former FBI Director James Comey?s abrupt termination last year, or that she is much more of an ally of the intelligence community than of Silicon Valley on the encryption question. Whereas Sen. Kamala Harris has made a name for herself during committee hearings pressing administration officials like Attorney General Jeff Sessions, Feinstein is more of the technocratic type. She doesn?t use committee hearings as soapboxes ? or, at least not the extent of some of her colleagues ? and while she is certainly an advocate for Dreamers, she is also wary of shutting down the federal government to force a solution. It took Feinstein a while before she decided to vote against a spending bill last December and last January in order to show her protest over the Trump administration?s immigration policy.

And therein lies the central gripe with Feinstein in the minds of progressive activists in California: she is too willing to make a deal in the typical Washington sense of the word than fighting for the left?s principles. If you’re a member of Congress or a senator from the West Coast, you can?t simply dismiss those concerns, because they could cost you your job.

There is no evidence that Dianne Feinstein will lose her job in November. The likeliest scenario is that she will win by double digits, perhaps as high as 30 points, and be sworn in next January for a sixth term. She is an incumbent with national name recognition after all. Her victory, however, will be semi-bitter sweet; although the former mayor, one-time gubernatorial candidate, and long-time senator will continue representing California, she will do so knowing in the back of her mind that a loud, powerful, and increasingly agitated faction of her party is not at all happy with her returning to Washington for another six years.