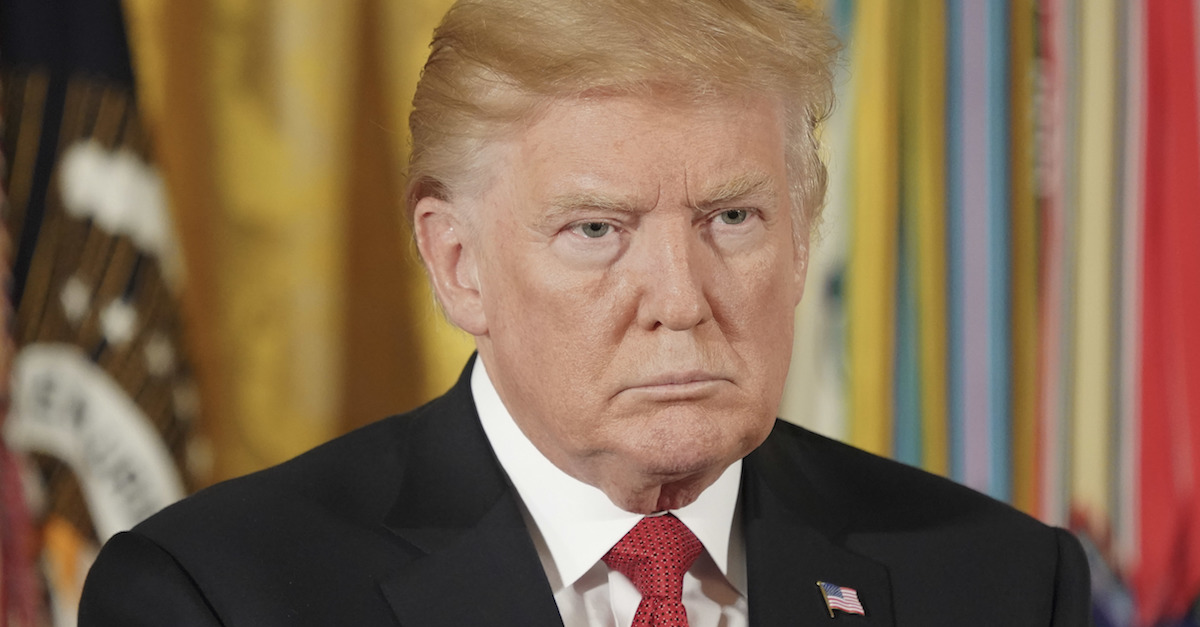 The predictable yet shameful about-face by President Donald Trump and Breitbart after Tuesday’s GOP losses should give serious pause to Republicans across the nation.

In the run up to Tuesday’s elections, both President Donald Trump and Breitbart’s Steve Bannon claimed credit for the expected victory of Virginia’s gubernatorial candidate Ed Gillespie. After national elections showed a shocking Democrat sweep, both backpedaled and unceremoniously dumped Gillespie.

RARE POV: Democrats shouldn?t get too overjoyed over Tuesday night

Bannon had stated earlier in the week that Gillespie had “rallied around the Trump agenda;” but following Gillespie’s loss, Breitbart termed Gillespie a “swamp creature” that was “rejected” by conservatives for being too “establishment.” Trump, who had recorded robo-calls and tweeted his support for Gillespie before the election, dropped him like a hot potato after the loss, claiming Gillespie “did not embrace me or what I stood for.” Other previous endorsers like Rep. Dave Brat (R-Va.) and conservative personality Laura Ingraham were quick to reinforce this message, claiming that Gillespie and Republicans failed because they were insufficiently “populist” and failed to “nationalize.”

Clearly, neither Trump nor Bannon want Tuesday’s results to be a referendum on Trumpism or their waning influence. Yet, with Trump’s approval rating at historic lows and the previously-emboldened Bannon threatening a war to primary GOP Senators, will Republicans hue a different course? Will they still fear Breitbart and accept Bannon’s “cease-fire”? Should they?

Don’t look to the House for leadership. In the aftermath of Tuesday’s losses, House Speaker Paul Ryan (R-Wisc.) doubled-down, declaring the party’s loyalty to Trump. Fox News’ Brian Kilmeade asked if there would be a choice going forward for Republicans between Bush and Trump, and Ryan unequivocally stated, “We already made that choice — we’re with Trump.”

A seasoned politician with an ounce of adroitness might have carved a position between the rejected Bushes and the long-time Democrat Trump, pointing out the diversity of thought within the party. But we’re talking about Ryan.

“We already made that choice,? Ryan repeated. ?That?s a choice we made at the beginning of the year. That?s a choice we made during the campaign, which is we merged our agendas. We ran on a joint agenda with Donald Trump. We got together with Donald Trump when he was President-elect Trump and walked through what is it we want to accomplish in the next two years. We all agreed on that agenda. We?re processing that agenda.?

Rather than learning anything from the Republican results Tuesday, the GOP will apparently be “processing” Tuesday and handing Democrats’ gifts like the clueless and tone-deaf soundbite “we’re with Trump.”

This lack of insight into Tuesday’s losses exhibited by both the “establishment” and “populist” wings of Republican Party is pretty stunning, particularly in light of the facts. Gillespie turned out more of the GOP base than previous Republican gubernatorial nominees in Virginia. He lost because Democrats mobilized their voters in numbers heretofore seen only in presidential election years, and an ABC exit poll found that Virginia voters said by a 2-1 margin “they were casting their ballot to show opposition to Trump rather than support for him. In New Jersey the margin was 3-1.” The same poll found that “Trump?s weak approval rating among voters in Virginia, 40 percent, was weaker still in New Jersey, a dismal 34 percent.”

Furthermore, this didn’t only happen in Virginia and New Jersey, but also in the suburbs of Pennsylvania and elsewhere, which should cause Republicans to question their devotion to Trumpism.

?Usually I think the pundits and some in the media overreach by trying to draw huge national conclusions from an individual race,? the Republican consultant Terry Sullivan, Marco Rubio?s former campaign manager, told The Atlantic. ?But what happened in Virginia on Tuesday wasn?t just one race it was across the ballot. The huge Democrat gains in the [Virginia] House of Delegates are a much better indicator of the prevailing political winds…” Democrats received historic gains in that race, with Virginia state Republicans losing a nearly two-to-one majority in the House of Delegates.

The Republican Party needs to take this time to do some serious soul-searching, rediscover its moral center, and assess what if anything it will fight for. One thing remains certain: if it continues on it’s current path, the GOP will face even greater losses in 2018.