Donald Trump assails Rand Paul in closed door meeting, and Paul doesn’t back down in his response 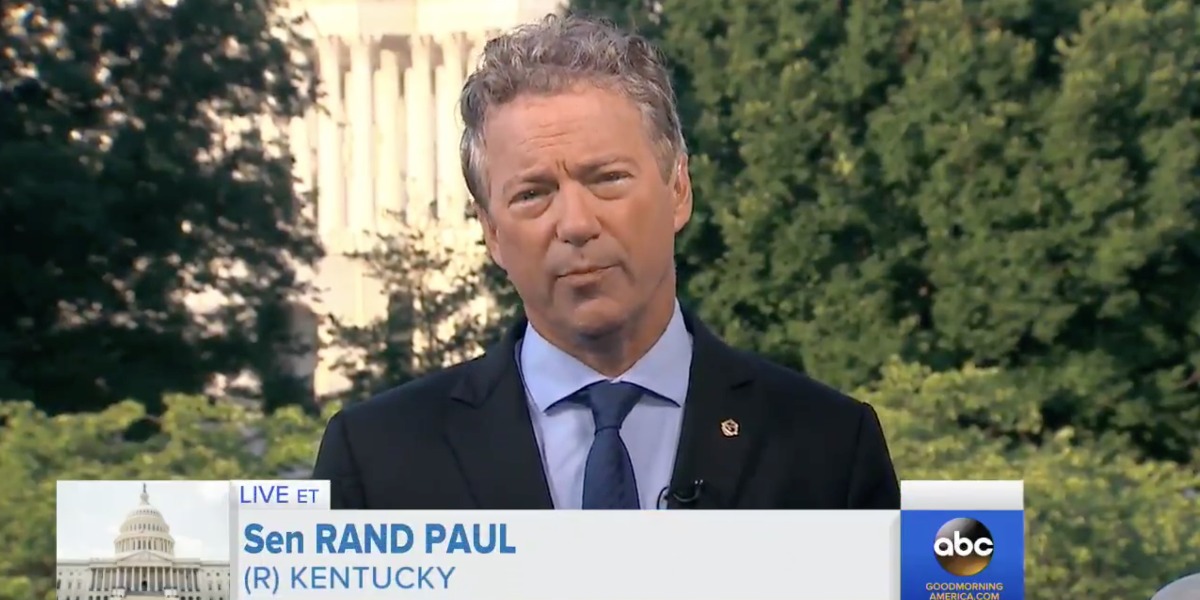 Sen. Rand Paul (R-Ky.) was reportedly singled out by President Trump during a dinner with GOP senators on Monday night for his staunch opposition to the Senate?s healthcare bill, Business Insider reports.

The president reportedly criticized Paul for ?going out of his way? to criticize the bill, seemingly referring to his TV appearances and tweets slamming the bill as ?Obamacare Lite.?

Paul has long been opposed to a partial repeal, slamming GOP senators for keeping mandates and entitlements while breaking their full repeal promise to conservative voters.

According to the New York Times, Trump argued that while it may be one thing to vote no on the bill, going on ?all of the Sunday shows and complain about it,” is an entirely different matter.

Paul pushed back against these comments on Good Morning America Wednesday, defending his relationship with the president and standing strong in his opposition to the senate’s Better Care Reconciliation Act.

“I think the president and I have a good relationship ? I’ve been one of his strongest defenders, I will continue to defend him against mainstream media attacks,” Paul said. “But on issues of substance like healthcare, he knows where I’m coming from… I was at the first Tea parties saying that Obamacare was a mistake and we should repeal it.”

“I agree with the president ? Obamacare’s a disaster, but it’s the Democrats’ creation, and all the problems of its unraveling belong to Democrats,” Paul said, adding that the GOP bill does not repeal Obamacare.

In an op-ed for USA Today, Paul explained his commitment to a full repeal. ?The burden is now on those who promised to repeal Obamacare to keep their word,? he said. ?I was keeping mine when I opposed a bill that did not repeal it, and I?m keeping mine now.?

Paul added that he has no problem voting for less than what he wants, as long as the bill doesn?t include ?massive new spending and bailouts.?

?I will compromise on how much repeal we can get, as long as it is not coupled with massive new spending and bailouts. For those who?ve been saying ?join the team,? I say I?m right here, holding up each and every one of the promises every member of my caucus made to repeal. I?m looking at every one of the dozens of votes my ?team? cast when President Obama was in office to repeal. Let?s do what the team promised.?

After the GOP bill was fell apart on Monday, President Trump called for a full repeal of Obamacare, with a replacement to come at a later date.

?Republicans should just REPEAL failing ObamaCare now & work on a new Healthcare Plan that will start from a clean slate. Dems will join in!? Trump tweeted.

Paul implied that he helped convince the president to change his mind for a full repeal, tweeting, “As @realDonaldTrump and I discussed last week. Clean repeal now!”

Paul says that his disagreements with the president don?t make him feel ?isolated,? instead, he feels ?emboldened.?