Donald Trump has no interest in the Fourth Amendment 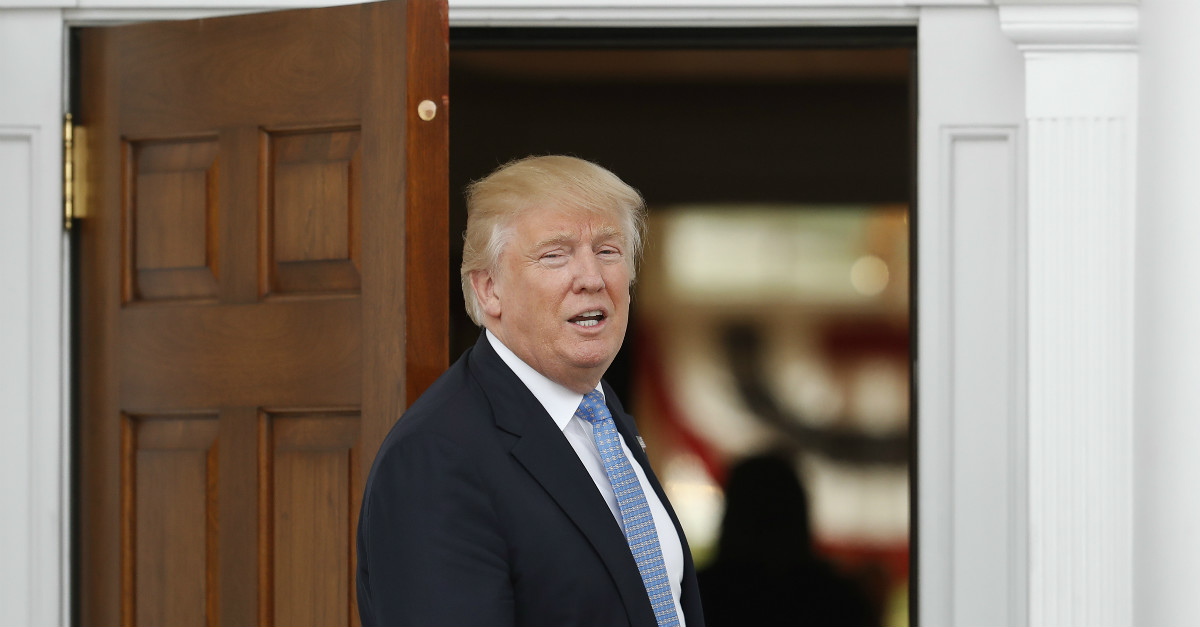 Almost no politician — and certainly no president — has the proper amount of respect for the Fourth Amendment and the right to privacy it confirms. There are a few exceptions to this rule, but mostly, senators, representatives, justices and law enforcement push against the right of private citizens to be free from government prying and spying as much as they can. Mostly, they believe leakers of information, from Chelsea Manning to Edward Snowden — and before that, Daniel Ellsberg — are traitors, who should have had loyalty to the government instead of the American people.

President-elect Donald Trump has not done much yet. But if his mangled rhetoric is anything to go on, he will be no exception to this rule. Furthermore, what little Trump has said about the Fourth Amendment, as well as many of his Cabinet appointments, suggests that he may well be worse than the status quo on this important issues.

During the primaries, Trump had the same answer on privacy versus security as nearly every other candidate, Democratic or Republican. He’s 70 years old, and he made vague promises that on the issue of encryption, saying there is a middle ground that would somehow satisfy the intelligence industry and the tech industry both. This is neither realistic from a tech-building perspective nor feasible for privacy advocates.

It also assumes that by, say, forcing tech companies to build “backdoors” into their devices and programs, their security will not be compromised by government officials and hostile hackers. Trump’s depth of knowledge on encryption seems to be a support for the National Security Agency (NSA) and general befuddlement that Apple was not being forced to unlock the iPhone of the dead San Bernardino terrorist in February. Not even a cursory node to constitutional principles and privacy is necessary for Trump. Part of his “I, alone, can fix it” shtick involves an assumption that spying is good, and that it — along with countless other civil liberties violations — is part of the necessity of fighting terror.

Two of Trump’s repeated campaign phrases should strike terror into the heart of anyone devoted to the Fourth Amendment. Most famously keen on “building the wall” between Mexico and the United States, Trump is allergic to any nuance on the issue. Privacy rights have traditionally been frayed at the border. However, the extent to which even American citizens are hassled by the hysterical fear of illegal immigration is brushed aside by nearly everyone other than the ACLU. Internal immigration checkpoints are legally permitted 100 miles from every border, putting the majority of the US population under that control. Doubling the number of Border Patrol agents (something even moderates usually want), building a full wall or adding more drones — none of those things will any favors for Americans’ Fourth Amendment rights.

And let’s not forget Trump’s election refrain that “police are the most mistreated people in America.” The number of police killed by in 2016 dramatically increased from the last few years, but that is only so dramatic because the numbers are so low (dropping to 33 killed by homicide in 2013, a record). By contrast, police killed nearly 1000 people in 2016, some perhaps justified, others definitely not.

This is to be mentioned only because numbers deserve context, not just panic and outrage over anecdotal tragedies. Another fact about police is that both society and law protect them more than they protect the rest of us. In particular, the police’s right to violate the privacy rights of Americans is impressive. From Terry Stops — i.e., the legal foundation for what was done in New York City under the controversial, and inefficient Stop and Frisk — to SWAT raids over suspicion of marijuana possession, to use of secretive Stingray devices that track suspect locations (usually without a warrant), the words of the Fourth Amendment often don’t appear to apply to the thin blue line.

Trump is a staunch advocate for Stop and Frisk in New York, and he favors expanding it, even though it is unconstitutional, racially biased and found neither a weapon or contraband the vast majority of the time it was used. Trump said, “We did it in New York. It worked incredibly well,” but that’s simply not true. Often, it was just an excuse for New York City police to make someone reveal the small amount of marijuana they had on them, thereby allowing the cop to make an arrest or issue a citation.

RELATED: The Miranda warning needs to be updated for the digital age—here’s how

Being tough on crime and ready to spy on his enemies, both in a concerningly Nixonian way, was and remains part of the appeal of Trump. But the war on drugs brutalized the privacy rights of Americans, and the war on terror has nearly finished them off. And Trump clearly has no idea. He merely knows that pandering to the people’s fears of terrorists and their respect for law enforcement is enough to win him the highest office in the land.

The best and worst about Trump could be that his opinion is ever-changing, so it’s too soon to tell what he’ll do. However, America’s president-elect doesn’t appear to have any more respect for the Fourth Amendment than your average politician, and he may turn out to have much less. Worst of all, the government’s disrespect for privacy may not need much help from Trump at all. It’s all ready for him — the turn-key surveillance state.