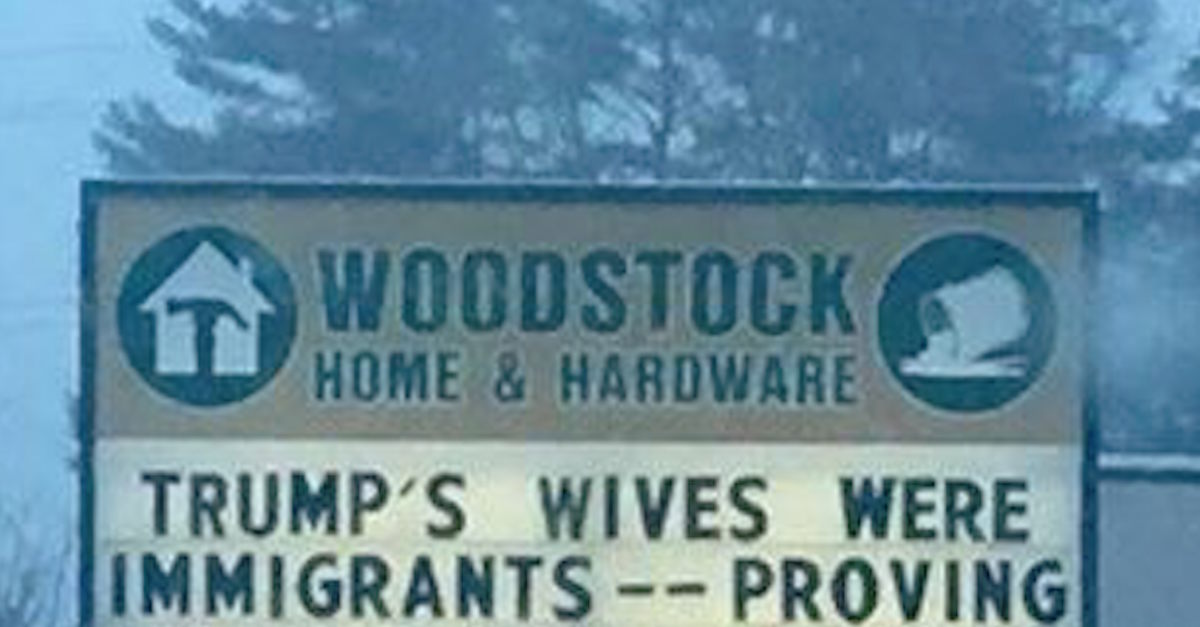 A Vermont hardware store called Woodstock Home & Hardware has put up a couple of signs recently that Republican frontrunner Donald Trump will likely not enjoy.

One sign mentioned Trump’s wives and both signs focused on immigration.

Below is a zoomed out view of the sign.

In the comments under the photo, one person shared a picture of a previous version of the hardware store’s sign.

The Donald Trump campaign has been a bit of an adventure lately. From the “Freedom Girls” rally introduction to the “Enjoy your burger, racist” shouting incident at a New Hampshire diner, things have been far from dull.