After initially arguing that “you wouldn’t have had the same kind of a tragedy” had nightclub attendees in Orlando been armed when they were attacked on Sunday, Donald Trump has made a rapid about-face, joining Hillary Clinton and congressional Democrats in their calls to preemptively ban anyone on the government’s terrorist watch list from purchasing a gun.

This turn of events is not especially surprising, since, as Robby Soave comments on the flip-flop at Reason, “Trump is not a man of ideological principles, conservative or otherwise. He’s a reflexive authoritarian who thinks the answer to virtually every problem is more government involvement, at least and especially if ‘winners’ like himself are in charge.”

It is fascinating, however, to see Trump so blatantly reject a core position of the party he is supposed to lead.

More troubling than any specific position on gun control, however, is the broader disregard for the Constitution, civil liberties, and rights of due process which Trump’s position evinces.

As even the ACLU—not exactly champions of the Second Amendment—understands, the feds’ watch list is a nightmare of life-ruining bureaucracy. Indeed, “standards for inclusion on the No Fly List are unconstitutionally vague, and innocent people are blacklisted without a fair process to correct government error.” (And that’s putting it mildly—see my explanation of what’s wrong with denying gun rights to citizens on a no-fly list here.)

On the left, in addition to the ACLU, we find arguments like this one from Mark Joseph Stern at Slate:

If the government can revoke your right to access firearms simply because it has decided to place you on a secret, notoriously inaccurate list, it could presumably restrict your other rights in a similar manner. You could be forbidden from advocating for causes you believe in, or associating with like-minded activists; your right against intrusive, unreasonable searches could be suspended. And you would have no recourse: The government could simply declare that, as a name on a covert list, you are owed no due process at all.

On the right, here’s Theodore Kupfer at National Review:

Simply making it onto the No Fly List, or any other of the government’s nebulous array of watch lists, does not mean your constitutional rights can be forfeited. Indeed, more than 1 million people are in the government’s central database of suspected terrorists. Many of them are mistakenly listed. It is abundantly clear that whatever the procedures for putting someone on a terror watch list are, they do not constitute due process. Accordingly, an individual cannot be deprived of their “life, liberty, or property” simply because the government suspects him of being a terrorist.

Kupfer’s NRO colleagues have argued along the same lines previously.

And you can probably guess where we libertarians land on this one. Here’s Jacob Sullum at Reason:

The presumptive presidential nominees of both major parties nevertheless think people on watch lists should not be allowed to buy guns. “If somebody is on a watch list,” Donald Trump told ABC News last November, “I would keep them away, absolutely.” Hillary Clinton dismisses constitutional concerns, saying, “If you are on that list and you believe you should not be on that list, we have a process to actually raise your objections.” But that process is stacked against people mistakenly linked to terrorism, who are forced to prove their innocence. Americans should not have to dispel secret suspicions before they can exercise their constitutional rights.

Or Conor Friedersdorf at The Atlantic:

As I noted two years ago, America’s terrorist watch list is an opaque abomination. Members of the public are unaware of what actions might get them placed on the list. Individuals cannot verify whether or not they’ve been designated by their government as an enemy. They can’t challenge their status before a neutral arbiter, or know when their status changes. The Obama administration has run a system in which watch-list standards are beyond debate, and in which individual determinations are made entirely within the executive branch, short-circuiting the American system of checks and balances. This degree of secrecy and arbitrariness is un-American, and may even prevent scrutiny of why this latest terrorist was erroneously excluded as a threat.

All of these writers—including Stern, who wants to significantly restrict gun rights—understand what Clinton and Trump do not, which is that secret government lists are never an acceptable way to limit constitutional rights.

On a final note, there is, I think, a persuasive case to be made that it is ideologically consistent to say, as Clinton has, that “If you are too dangerous to get on a plane, you are too dangerous to buy a gun in America.” In other words, if we accept that the government can make a covert, arbitrary list to limit one’s ability to travel, it is not much of a logical or legal leap to say the same list can limit one’s Second Amendment rights. (Read exactly such a case, published today at The Hill, here.)

So for people of any political stripe who rightly balk at the latter encroachment on individual liberty, the conclusion here is obvious: Don’t expand the watch list’s power or even leave it as it is now. Nix it altogether—because it is freedom, transparency, and rule of law that can actually keep us safe. 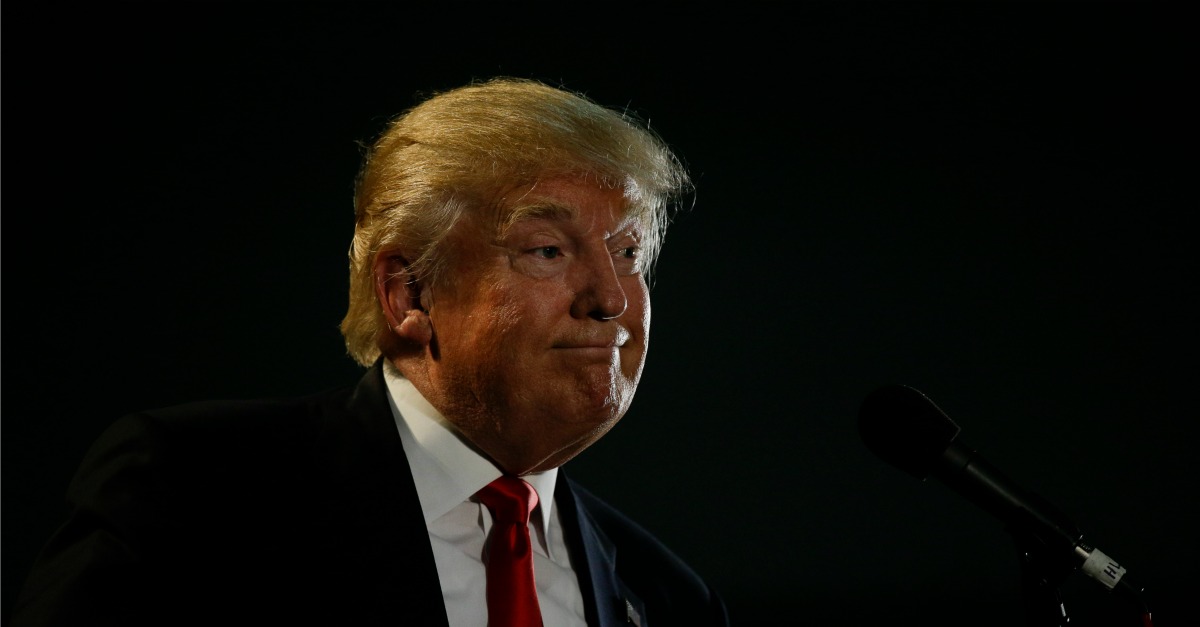