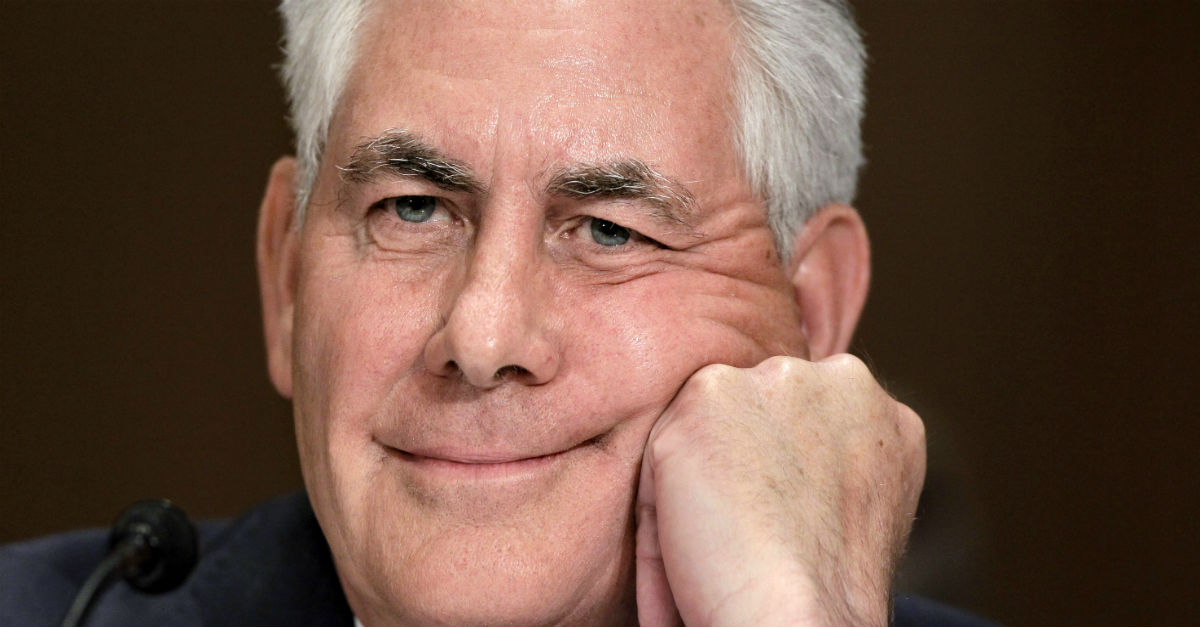 Secretary of State Rex Tillerson has taken a beating from the diplomatic press corps over the first six weeks of his tenure. And not without reason.

Tillerson hasn’t been transparent at all with the reporters who are assigned to cover the department that he leads. He only let one journalist on his plane during his first trip to Asia. He’s shied away from taking questions about the Trump administration’s foreign policy. He also ominously decided to skip the annual revealing of the State Department’s human rights report.

When he finally granted an exclusive interview, his performance was a little shaky. Revealing that you never wanted to be secretary of state in the first place and had never interacted with the president before he nominated you probably isn’t something you should disclose to the public before checking with the White House, yet that’s exactly what Tillerson did. These kinds of remarks decrease Tillerson’s power and influence in cabinet meetings and could be interpreted by his foreign colleagues in the wrong way – “Maybe he doesn’t have the president’s ear after all.”

Tillerson also seemed to make excuses about his job performance, saying, “I would hope that people can maintain their patience in these early days and recognize I’ve only been at it six weeks.”

Professor Daniel Drezner of Tufts University, writing in his regular spot at the Washington Post last week, wasn’t at all ready to stay patient with Tillerson. “The learning curve is still there,” Drezner wrote. “Until he moves along it further, however, Tillerson’s instinct to not speak to the press seems like a sound one. Because he’s really, really bad at it.”

Is this criticism unwarranted? No, it’s not. It’s very difficult to point to a single accomplishment of Tillerson’s, other than reassuring some of his European colleagues that President Trump doesn’t really mean it when he talks about leaving NATO for dead.

But we have to be fair here. Not only has Tillerson been on the job for less than two months, he’s reporting to a boss who views causing worldwide controversy as a master negotiating technique. Trump is a bombastic loudmouth who loves talking trash and using his Twitter feed to convince allies to pay more money for American protection. Tillerson is the exact opposite: he’s quiet, thinks before he speaks, and avoids the press like the plague. I’m not sure people comprehend just how unique Tillerson’s position is – he goes to work every morning not knowing whether his boss is going to start fires that he’ll have to quickly put out.

These may sound like excuses. Rex Tillerson, after all, is a big boy who should have known what he was getting into when he accepted Trump’s offer. And there isn’t much of an argument to be made in favor of the secretary of state ducking the press corps. The American people are entitled to know what America’s top diplomat is up to. The State Department, like every other department and agency in the federal government, wouldn’t operate without taxpayer money, so at the very least Tillerson owes the American people a rundown on what the administration’s priorities are.