Menu
Follow us
Search
Menu
Search
Demonstrators sharing opposing views argue during a rally Thursday, April 27, 2017, in Berkeley, Calif. Demonstrators gathered near the University of California, Berkeley campus amid a strong police presence and rallied to show support for free speech and condemn the views of Ann Coulter and her supporters. (AP Photo/Marcio Jose Sanchez)

As college campuses around the country are consumed by the debate between preserving free speech and banning hate speech, one professor aunched a study to explore student views on the issue.

Dr. Paul A. Djupe, a political science professor at Denison University in Granville, Ohio, announced in a blog post that, although his study is still seeking more responses, he believes that the current data are “likely reasonably representative of campus opinion” when it comes to what students think about free speech — and where they think the rest of the student body stands.

Students surveyed were first asked to indicate on a scale of one to seven — one being “strongly oppose” and seven being “strongly support” — their position on a hypothetical  proposal that “Denison University should consider speech that offends another person as constituting discriminatory harassment and subject to disciplinary action.”

The approximately 500 respondents, carved out of a student body of around 2,200, were almost exactly evenly split, with 43 percent expressing some level of opposition to the proposal, 47 percent expressing some level of support and 10 percent remaining undecided. The two largest concentrations of responses were at the two most extreme poles with “strongly oppose” and “strongly support” both polling at around 18 percent.

The survey also asked students how important the issue is to them, with responses showing students holding the most extreme opinions on the subject also felt is was extremely important.

The final question asked students to estimate what percentage of the student body agreed with their personal opinion. Both pro- and anti-proposal students mistakenly claimed that their party was in the majority, but the group insisting on the preservation of free speech was far closer to the mark than their counterparts, who overshot the actual level of support for a hate speech ban by 20 percent.

It is easy to see from these results why students gravitate toward the more extreme poles of the issue. If you believe most of campus agrees with you, it’s easy to see your opponents as a bunch of angry white supremacists or whiny social justice warriors, depending on what side of the debate you’re on.

Although Denison has not publicly wrestled with this controversy to the extent Berkeley has, the issue of hate speech has been a major topic of discussion on the Ohio campus since freshman Omari Garrett appeared on Fox News’ Tucker Carlson Tonight defending an op-ed in thr student newspaper accusing free speech advocates of “enabl[ing] white nationalism.”

Carlson, punching way below his weight, spent the entire segment staring at Garrett like he was eating mayonnaise straight from the jar before ending by saying, “I don’t want to be mean because you’re just a kid, but I wish I knew who taught you this stuff. Tell your professor… to come on the show.”

Denison senior Angela Phifer, who helped Djupe design his survey, said in an email to Rare Politics that Denison students’ social media reactions to Garrett’s interview have been “mostly commending him for going on air and defending his views.”

This largely positive response, however, could easily be a result of the ideological echo chambers that Djupe’s study referenced when he wrote that students, all of whom overestimated how many of their fellow Denisonians agree with them, “feel surrounded by support” in the absence of “open campus dialogue.”

Even Phifer, who agrees with the hypothetical restrictions on hate speech, acknowledged “deliberation and open discussion are needed instead of people arguing their points and not listening to the other side.”

Open dialogue is essential for the flourishing of an academic community, but in an atmosphere that punishes any speech that offends another student, it cannot be expected to flourish. 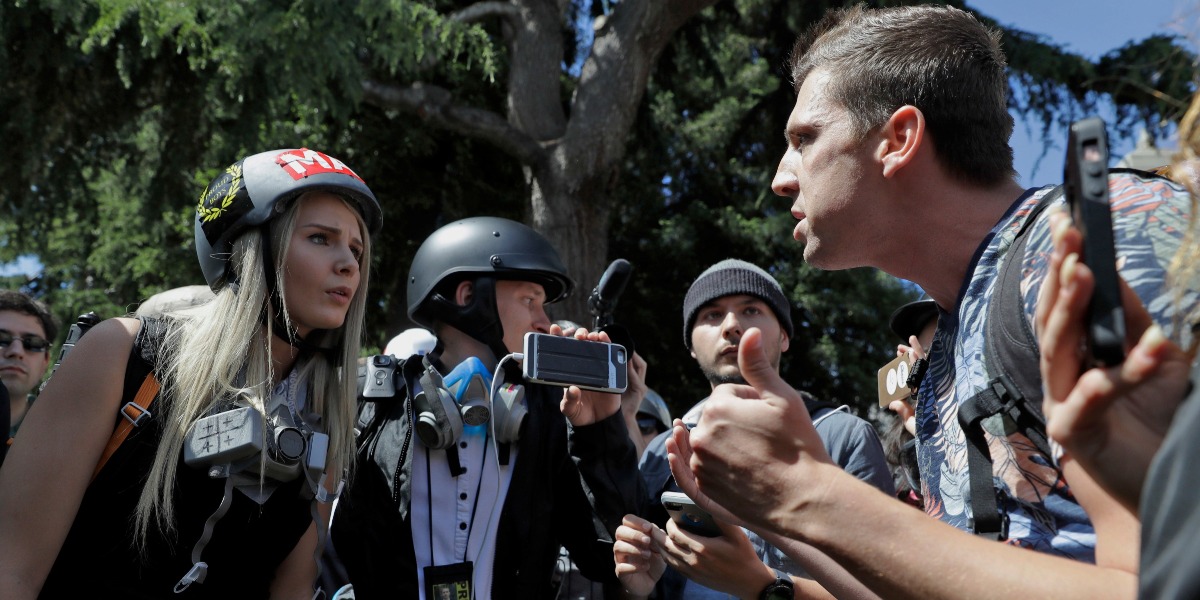