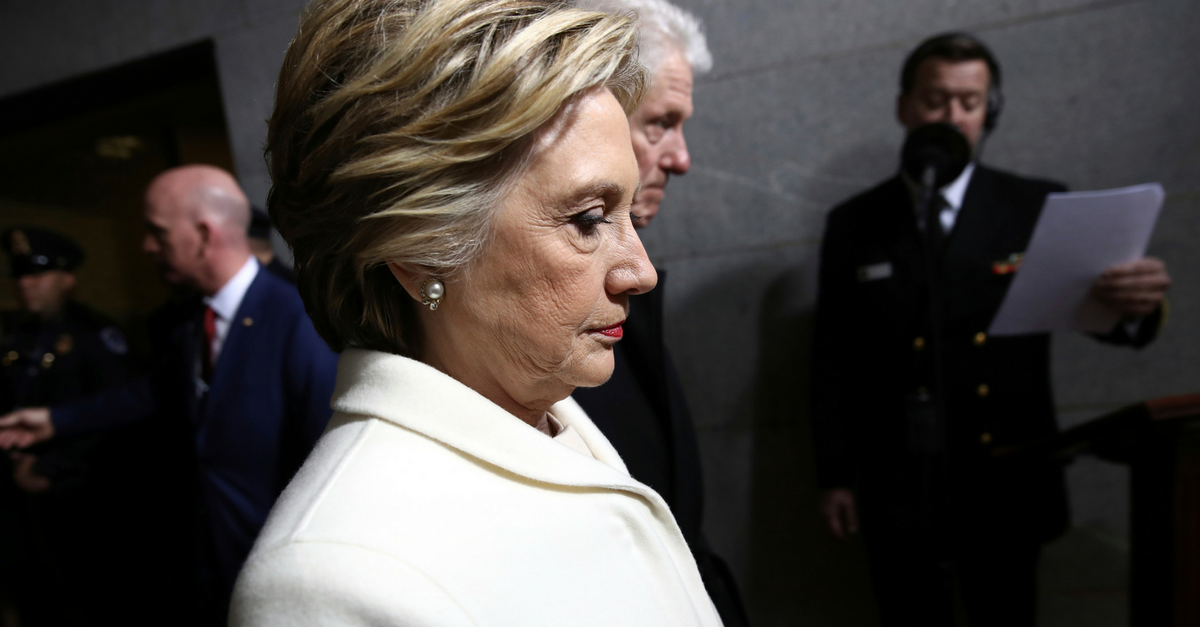 A complaint filed with the Federal Elections Commission (FEC) by a pro-Trump Super PAC alleges that the Democratic National Committee illegally moved tens of thousands of dollars from state Democratic party organizations back to to the Committee, which then sent that money to the Clinton Campaign.

RELATED: Trump?s daughter-in-law previews the president?s 2020 campaign with a promising message for his supporters

The complaint was first reported by Fox News.

Their claim parallels one made in the book published this year by Donna Brazile, former interim chair of the Democratic National Committee.

Brazile says the Hillary Victory Fund — a joint fundraising committee formed between Hillary for America, the Democratic National Committee, and 33 Democratic committees representing 32 states and Puerto Rico, per NPR — allocated money for state parties in line with their fundraising agreement but then almost immediately redirected that money back to the DNC from state parties. Once returned to the DNC, those funds were sent to the Clinton campaign.

Their technique effectively allowed donors to give well in excess of the $2,700 limit in the primary and general election cycles. After hitting the $2,700 limit, an individual donor could write another check for $353,400 to the Hillary Victory Fund. From that figure, $10,000 would flow to each of the states and $33,400 would go to the DNC. If a donor gave during both the primary and general election cycles, this would happen twice.

As Brazile tells it, while that $10,000 stayed in battleground states like North Carolina and Ohio, while the rest was funneled to the DNC — which then disbursed the funds to the Clinton campaign to the tune of over $158 million, according to OpenSecrets. Legal counsel for the Committee to Defend the President argues that these transfers enabled the DNC and the Clinton Campaign to dodge individual contribution limits.

That said, they might have real trouble getting movement on the complaint from the Federal Election Commission. The FEC is a six-member commission that’s forbidden by law from having more than three Commissioners from a given party. As a result, the agency frequently votes along party lines and deadlocks in almost one-third of cases, an FEC report found, leading to the nickname “Failure to Enforce Commission.”

The sheer amount of money in politics is a relatively recent phenomenon, advanced by Republicans who advocate for political spending as a form of free speech as Senate Majority Leader Mitch McConnell did in 2014’s McCutcheon v. FEC decision.

Before the McCutcheon decision, a single donor could give no more than $123,000 in a cycle, called an “aggregate limit.” Shaun McCutcheon, an Alabama Republican voter, sought to donate more than allowed by the aggregate limit during the 2011-2012 cycle, according to Oyez. So he sued, joining other plaintiffs in alleging that the Federal Election Commission’s aggregate limit per election cycle violated their First Amendment rights and was “prohibitively low.” They won.

While limits still exist, those limits saw explosive expansions at the end of 2014, according to the Sunlight Foundation, which tracks money in politics. The omnibus appropriations bill, passed by a Republican House to fund the government and prevent another shutdown, contained a rider allowing party committees to create new accounts to pay for conventions, headquarters costs and legal fees. Each of those accounts can solicit up to $110,000 in donations from a single person.

Under current law, an individual giving the maximum amount to a party’s Joint Fundraising Committee alongside the candidate can give over $700,000 in a single election cycle.

“I think it?s important that the American public has an understanding of how corrupt this campaign system was and that they were doing anything they could to secure the nomination” said Ted Harvey, chairman of the Committee to Defend the President, of the laws and priorities advanced by his own party. “What we have found, people need to see.”

The Committee to Defend the President, formerly the Stop Hillary PAC, is a pro-Trump political action committee that spent about $6 million in the 2015-2016 campaign cycle, according to Time. Just 25 percent of that went to communications, like mailers and robocalls, in support of or opposed to a political candidate; the rest went to “a variety of other expenditures,” predominantly political consultants. The group has come under fire for impersonating candidates in fundraising emails and selling yard signs virtually identical to those sold by the Trump campaign.