The second presidential debate produced a number of viral moments, but people on social media couldn’t get over one thing: Republican candidate Donald Trump seemed to lurk in nearly every frame behind Democratic candidate Hillary Clinton.

RELATED: Donald Trump threw out a serious threat to Hillary Clinton if he wins the White House

This moment is exactly what people are talking about:

Throughout the debate, Trump walked around the stage, making it difficult for the directors to get a frame of Clinton without Trump in the background.

Some people on Twitter thought the body language was threatening.

The situation wasn’t unlike the 2000 town hall debate when Al Gore got up in the middle of George Bush answer, seemingly to intimidate him.

Why do we have presidential debates? 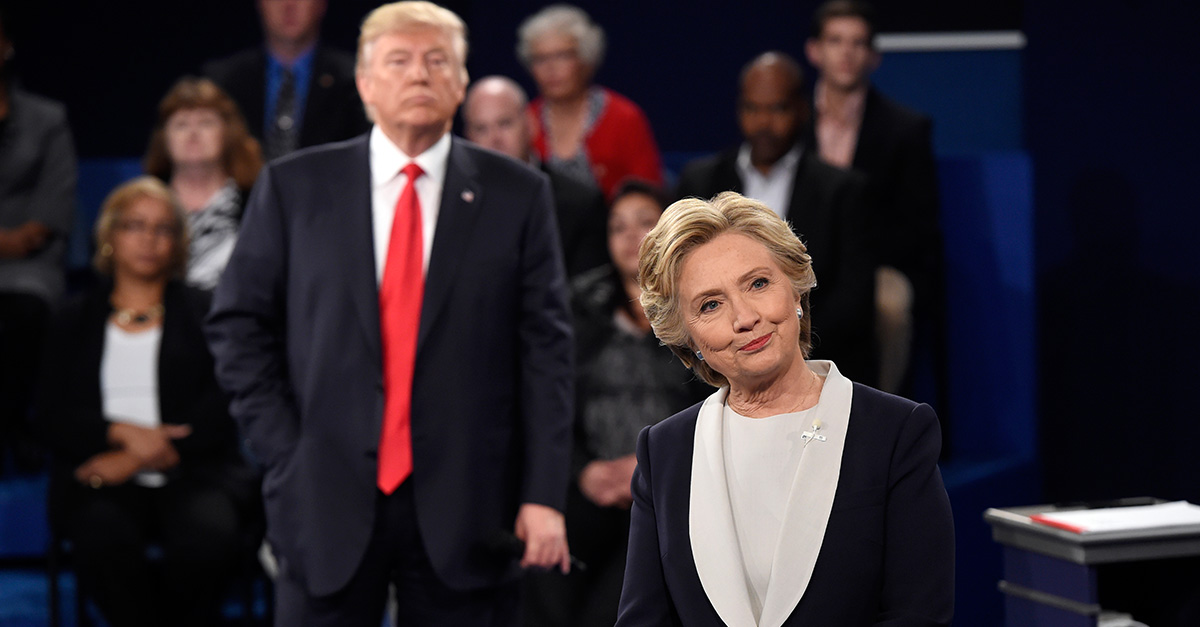