Imagine if Trump had not just Twitter to go after critics and opponents, but also the IRS—or our military. Do you think he’d be restrained?

It’s doubtful, of course, that Clinton herself wrote the post (the ones she directly tweets or dictates are signed “-H”), but either way, some internal workings of the Clinton machine have approved this message for issue from the candidate’s digital mouth.

And frankly, it’s dead on.

RELATED: This election is why libertarians are always harping on about executive power

What makes the prospect of a Trump win so scary is that (bureaucratic and congressional foot-dragging aside), people are realizing that the modern imperial presidency would give him enormous power. And though some may have (wrongly) been comfortable seeing that power in the hands of a Clinton, or a Bush, or an Obama, envisioning it under Trump’s control reveals this overgrown executive for the horror it is.

So what the Clinton team perhaps didn’t think through is that the problem they’ve identified here isn’t Trump himself.

It’s the very nature of the presidency.

And “While Trump may appear the most openly eager and willing potential successor to use those same powers,” as Ed Krayewski notes at Reason, “Hillary Clinton, with her history in government, is just as, if not more, willing to use unilateral executive action. She said she’d do so in the face of a Republican Congress that dared to act like a co-equal branch of government, and promised to do so specifically in curbing Americans’ Second Amendment rights.”

If potential abuse of an overgrown executive is Clinton’s new line of critique, some self-examination is her first step.

Imagining a hypothetical Trump Administration is making a lot of people realize what we libertarians have been saying for years: namely that the executive branch has way, way, way too much power.

Imagining a hypothetical Clinton (or anyone) administration should have the exact same effect—even on the candidate herself. 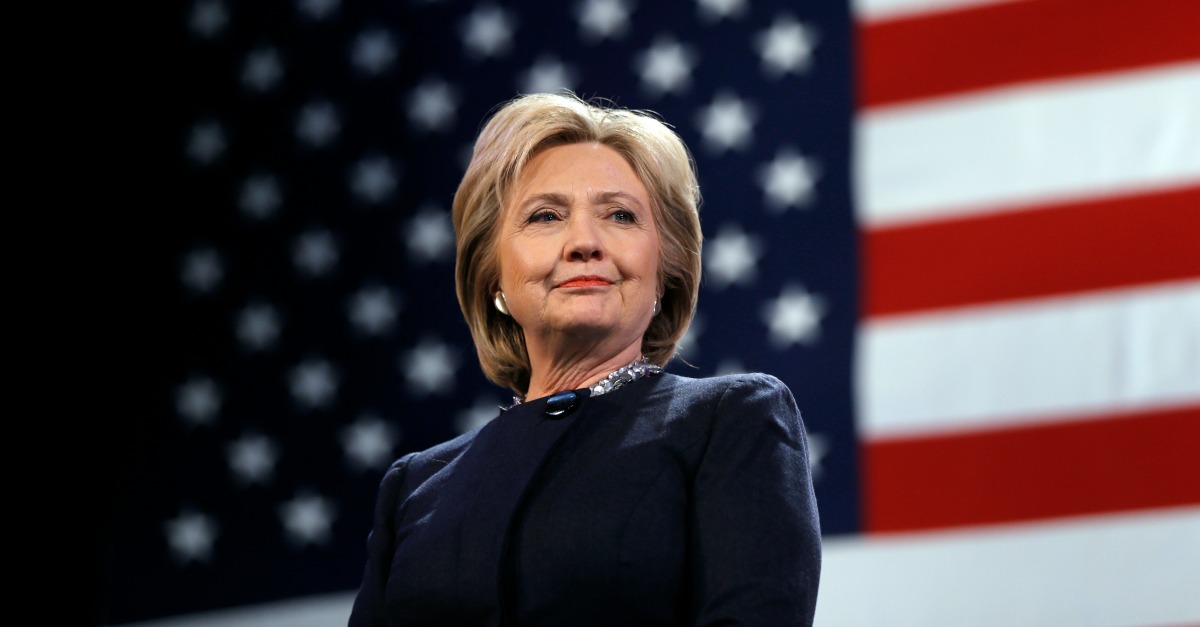