Over the weekend, the New York Post printed a series of forgotten or unreleased photos of possible future first lady Melania Trump.

The photos were shot in 1996 for European fashion magazine “Mad Max.”

The nude photos feature the wife of Republican presidential nominee Donald Trump showing off her body in a provocative manner.

When reached for comment by the Post, Trump said that the photos really weren’t a big deal, and that the type of modeling Melania did was common.

“Melania was one of the most successful models, and she did many photo shoots, including for covers and major magazines,” Trump told the Post.

“This was a picture taken for a European magazine prior to my knowing Melania. In Europe, pictures like this are very fashionable and common.”

This week, the newspaper continued its foray into showing off the NSFW photos when it released a new set to the public.

The front page of Monday’s paper shows Melania in an embrace with another naked woman.

The photo carries the headline “Menage A Trump,” a play off of “ménage à trois,” which means a sexual relationship between three people.

The photographer who took the pictures of Melania Trump in the mid-1990s released them to the Post and hopes that people see them as art, not smut.

Melania would also post nude, though in a less revealing manner, for British GQ in 2000. 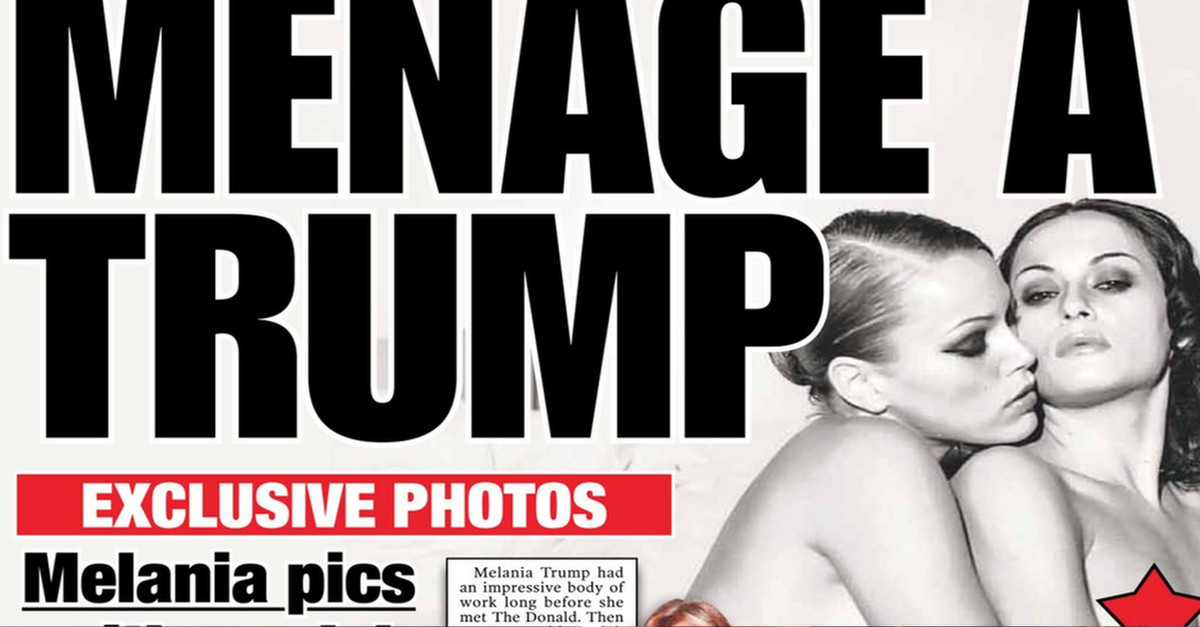