No doubt President Barack Obama is excited to get out of the White House and begin his retirement somewhere in the sunny and tropical confines of Hawaii. The man’s hair says it all: eight years ago, he was a youthful representative of America’s next generation. After two terms in office, Obama’s hair is a scraggly gray, his optimism dulled thanks to the six years of hell that congressional Republicans have put him through.

But if Obama could have constitutionally run for a third term, he wants people to know that Obama-Biden 2016 would have won the electorate’s support. Speaking to CNN’s David Axelrod, Obama told his former political adviser that “if I had run again…I think I could’ve mobilized a majority of the American people to rally behind it.”

It’s easy to dismiss that statement as the wishful rumination of a man sad to transfer presidential power to Donald Trump, who outright questioned his American citizenship. Like all two-term presidents, Obama likely wants another four years in office to solidify his accomplishments, defend his legacy, and address some of the problems that he failed to solve. Or maybe Obama really does think he could win again: his approval rating sits at 56 percent according to Gallup, a number that is above the average of previous presidents and a whopping 25 points above his predecessor’s numbers (in December 2008, Bush was at 31 percent).

Or it could be a not-so-subtle dig at Democratic nominee Hillary Clinton, whose trustworthiness numbers were so terrible that even FBI Director James Comey’s decision not to prosecute her for mishandling classified information had little if any impact.

RELATED: Trump fires back at Obama’s “inflammatory” remarks: “Thought it was going to be a smooth transition”

Obama is many things to many people. Republicans like Mitch McConnell and Paul Ryan see a steward of national decline and appeasement around the world. The House Freedom Caucus and tea party groups perceive a walking embodiment of an out-of-touch liberal elite. Democrats regard him as a political champion and a president who brought about a dramatic domestic legislative achievement in health care reform that rivals LBJ’s Great Society.

But most can agree that Obama is no Hillary Clinton. Whereas Clinton was a below-average campaigner who had to bus in celebrities to fire up crowds at her rallies, Obama was one of the most talented campaigners that Americans have seen since Bill Clinton. In 2008 and 2012, Obama won in some of the very same Midwestern and suburban counties that Trump took this year. He turned North Carolina blue for the first time since 1976; he did the same thing in Nevada, a state that voted for George W. Bush twice. In one of his most impressive political successes, he flipped Virginia into the Democratic column in 2008 after 44 straight years of GOP dominance.

Hillary Clinton, by contrast, couldn’t even hold onto Michigan, Wisconsin, and Pennsylvania, three states that have been Democratic locks for decades.

RELATED: Obama reveals the first thing he’ll do once officially done being president

Who knows whether Obama would have defeated Trump if he were allowed to run again. This is all a hypothetical exercise in “what if” thinking, and thanks to the Constitution, Obama can go into retirement knowing that there wasn’t anything more he could have done to prevent Trump’s election beyond making the case for Hillary on the stump. But underneath Obama’s nice words for his former secretary of state – during his interview with Axelrod, he remarked that “Clinton performed wonderfully under really tough circumstances” – the soon-to-be-departing commander-in-chief is basically saying he would have vastly outperformed her if he’d been the presidential nominee again.

Translation: Clinton’s campaign assumed far too much and was lazy in the Midwest. That isn’t exactly a soothing line for defeated Democrats, but it’s one the party needs to hear. 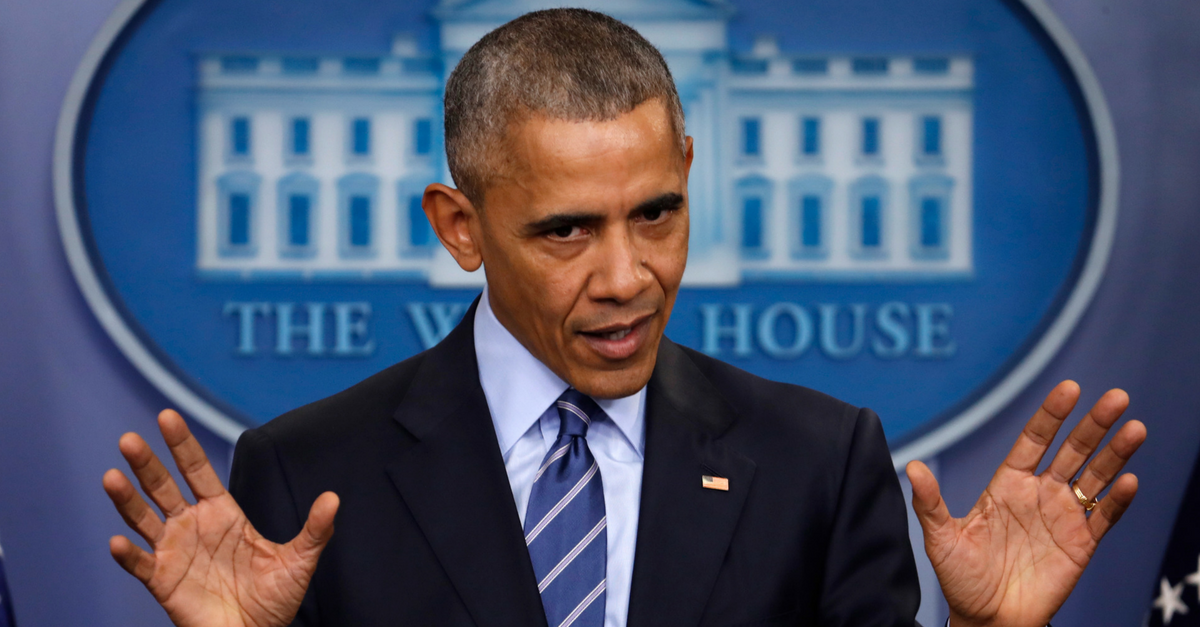