Earlier this week, details of the platform for the 2016 Republican National Convention were released. For many, they signaled a push to return to long-abandoned societal norms.

Many of the things that raised eyebrows could have come straight from a playbook written by Donald Trump supporters.

Gone is any initiative to welcome immigrants from Mexico, even though in previous years, the Republican Party acknowledged the turning tide on the subject. The New York Times summarized the platform as a “conservative platform that takes a strict, traditionalist view of the family and child rearing, bars military women from combat, describes coal as a ‘clean’ energy source and declares pornography a ‘public health crisis.’”

On Thursday, the list of 2016 RNC speakers was released. It includes many people who fall directly in line with the direction in which Hurricane Trump decided to blow the party.

YES, HILLARY, AT EVERY POINT "IT MATTERS"

Listening to the Benghazi Committee… https://t.co/5ZrOJRM9ya

#BlackLivesMatter is a Farce and Hyphenating America Destroys Us

Our prayers are with the fallen on that Thin… https://t.co/rX9oyZ0Hof

Sarah Palin: Speaker Ryan Proves He Is Out of Touch on Islam https://t.co/hkE7curDrf

Despite all these measures, which seem to appeal to the most radical of Republicans, Sarah Palin looks to be sitting on the sidelines of the 2016 convention.

When Trump secured the delegates needed for the nomination earlier this year, Palin was practically giddy with excitement.

“Thank you so much for supporting Trump and believing in this idea of being able to make America great again. We’re finally on the road to do so, but we do have to unite first. So, GOP and independents and smart Democrats—truly it is time to come together, pull together, remember that united we will stand. Our country will stand united. Divided, we’re going to fall,” Palin said at the time.

“We’ve needed a revolution, and we’ve found our revolutionary.”

RELATED: Shortly after Donald Trump’s victory speech, Sarah Palin came out with this strong message, addressing Trump and all voters

So far, Palin has remained quiet about what she will do the week of the convention. If you go to her Twitter feed, however, you can find a link to purchase a brand new shirt printed by Breitbart for the “Border Wall Construction Company.”

Supervising da' boys as they prep for the wall…https://t.co/ts1RmUzBYZ https://t.co/xIBmPiuph3 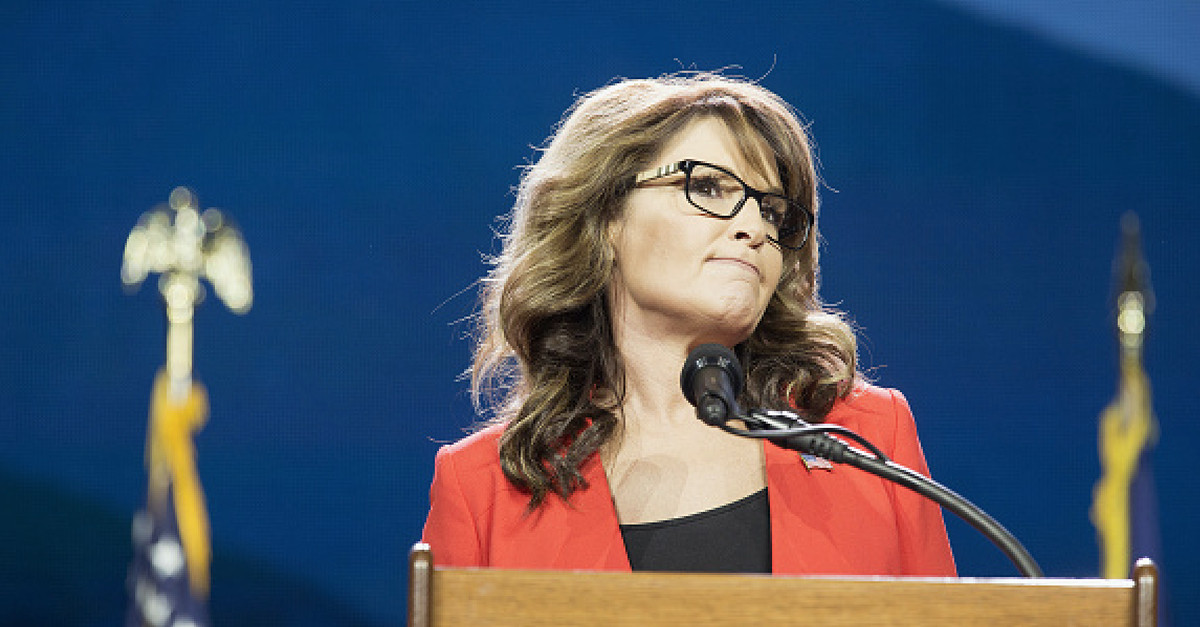