Take a deep breath over Russian hacking, before we end up starting another war 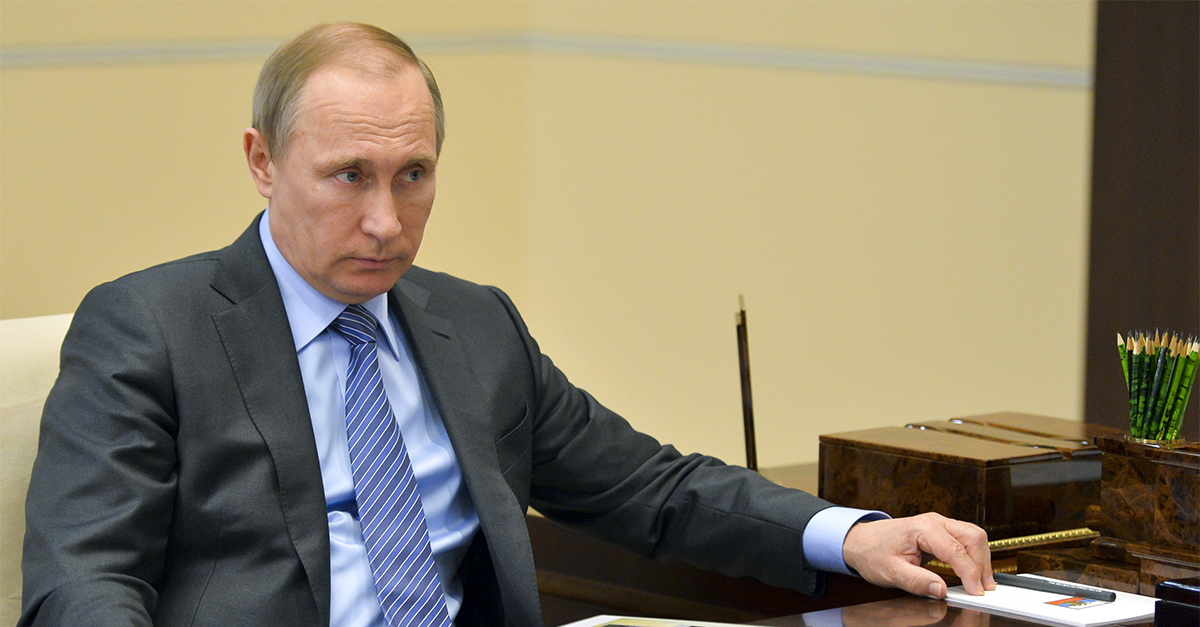 I don’t know if the Russian government attempted to influence our presidential election by hacking the Democratic National Committee. It seems plausible, certainly, but—like everyone from Senate Democrats to Vice News to Donald Trump—I would be more convinced if there were better evidence of the Kremlin’s malfeasance than President Obama’s say-so.

As Reason’s Scott Shackford astutely notes, there’s good reason to be twice shy about Washington’s allegations of a foreign government’s bad behavior. It is not so long ago that we were once bitten by the feds’ insistence that Saddam Hussein had weapons of mass destruction.

A little skepticism in 2016 is hardly unreasonable for anyone who remembers 2003.

And beyond recent history, the general atmosphere of hysteria and hypocrisy surrounding these hacks doesn’t help either. Take this past weekend’s story about an electric utility in Vermont that discovered one of its laptops had been compromised with code associated with a Russian hacking campaign called Grizzly Steppe.

Even initial reports indicated that 1) the laptop was not connected to the electrical grid and thus could not be the locus of a successful attack on American infrastructure, and 2) the computer could easily have become infected without any special targeting from Russia or other hackers. “The matched malware code on the laptop may have resulted from a relatively benign episode, such as visiting a questionable website,” Reuters reported.

Those pesky details did nothing to prevent the prompt publication of breathless headlines like “Vermont utility confirms system breach by Russians,” from Politico, or “Russian operation hacked a Vermont utility, showing risk to U.S. electrical grid security,” from the Washington Post. As of this writing, those headlines still stand—though at least the Post had the dignity to append a top-line correction indicating its hysterical title is completely and entirely false.

A similar sort of hysteria is in evidence at CNN, where a story on Russian hacking was illustrated with a screenshot from a video game. Of course, real hacking is often a much less interesting—and frightening—image than a game picture suggests. It is nothing like the thrilling television depictions (I’m looking at you, NCIS) where misfit geniuses furiously type a mess of code as if they are somehow thinking faster than the computer they are attempting to invade. Sometimes what we call hacking involves comparatively little in the way of technological prowess at all.

In the case of John Podesta, the Clinton staffer whose breached email account offered the bulk of newsworthy leaks during the presidential campaign, it was user error (and maybe a typo), not any real technological skills, that produced the “hack” in question. In fact, where Podesta is concerned, it is largely unfair to say hacking happened at all. He gave away his login information after being fooled by a phishing email, and not even a particularly convincing one at that.

Then there’s the hypocrisy, which was perhaps best addressed by my colleague at The Week, Ryan Cooper. “When America meddles in foreign elections, it doesn’t hack,” he writes. “It murders.”

The American history of foreign electoral manipulation — most of it far, far worse than what happened to Clinton — is a mile long. The fear and paranoia unleashed by this incident ought to weigh on American minds when we think about our own meddling security apparatus. …Fiddling with other nations’ politics only makes America look like a nation of hypocrites when someone pulls the same trick on us.

It should go without saying that Cooper’s argument is not that two wrongs make a right. The United States’ history of interfering in other nations’ elections (which he addresses in greater detail than space here allows) does not mean other nations have a right to interfere in ours.

Still, that history is one more reason to approach this situation with skepticism and prudence. As Shackford remarks, attending these alleged hacks with a more measured and informed perspective than has been typical thus far is the difference between “What should America do to countries that engage in cyberespionage?” and “What should America do to prevent cyberespionage?”

The latter is a reasonable and necessary (though not wholly, or even mostly, political) question that must be asked in this digital age. The former is all too easily a gateway toward reckless confrontation with Russia—and even war. It is there that maintaining this pattern of hysteria and hypocrisy about hacking will lead. We must break this dangerous habit before it is too late.