Clinton is “the second worst thing that could happen to this country,” he said, “but she’s way behind in second place, you know? She’s wrong about absolutely everything. But she’s wrong within normal parameters!” In other words, Clinton is the devil, but she’s the devil you know.

What makes O’Rourke’s comments so interesting is that, though he’s clearly #NeverTrump, he’s obviously not #ReadyForHillary. His grudging endorsement doesn’t belong in the same category as, say, the neoconservatives who were eager to embrace Clinton’s unmitigated hawkishness long before Donald Trump came calling.

No, O’Rourke seems to be “endorsing Hillary, and all her lies and all her empty promises,” as he put it, because he feels obliged to vote for the opponent of the candidate he hates most.

In this, he is hardly unusual: though voter participation is far from universal, most Americans value their right to vote.

And this isn’t lazy, “I don’t want to get off the couch and figure out my polling place” apathy; it’s a real dilemma. Half-joking complaints about the “lesser of two evils” are nothing new, but what do you do if you seriously think voting for either option is evil?

My suggestion: just don’t do it.

Seriously, you have no obligation to vote for a candidate you can’t in good conscience support just because the other one would be awful—and vice versa.

I realize this goes against conventional wisdom, particularly because universal suffrage is the hard-won subject of multiple civil rights battles. But I’d contend that making a thoughtful, well-informed decision to not cast a ballot this fall is a better way to honor that history than voting for someone you never want to see within 500 miles of the White House.

Many of the rights we now enjoy were claimed with great difficulty and heroism at some point past. If anything, that means we should use our votes wisely and considerately—which may well mean refusing to endorse through participation a corrupt system that’s offering no good choice.

Moreover, not voting is ultimately its own vote. It’s a vote that says, “These options suck, and I’m not going to give you my support until you can come up with someone who deserves it.”

Now, it’s worth briefly addressing two common objections to my suggestion. First, you could vote third party. That’s true, and perhaps you prefer that as your form of protest voting. The reason I don’t advocate backing a third-party candidate is that it gives the illusion that we have another meaningful option. In reality, we would need a major constitutional overhaul to make third parties viable on a national scale.

Second, you’ve no doubt heard the old canard that “if you don’t vote, you can’t complain.” This is nonsense.

“Suppose you’re kidnapped by ISIS radicals who give you the choice between being burned to death or hacked to death,” A. Barton Hinkle explains at Reason. “If you refuse to pick either option, and the ISIS radicals decide to hack you to death, and you then object, would it be reasonable for the radicals to say you have no right to complain, since you didn’t vote?” No, of course not. If there’s no good choice, then opting out is its own vote—and provides plenty of license for complaint.

None of this is to say that voting is only justified if there’s a perfect candidate, or that we can always be confident the candidates we do support will turn out to be as good as they promise. But, as Russell Moore of the Ethics & Religious Liberty Commission argues, “that sense of surprise and disappointment is not the same as knowingly delegating our authority to someone with poor character or wicked public stances.”

“Doing so makes us as voters culpable,” he adds. “Saying, ‘the alternative would be worse’ is no valid excuse.” Indeed, when presented with a choice between two evils, it’s the decision to side with one of them that robs you of your right to complain. 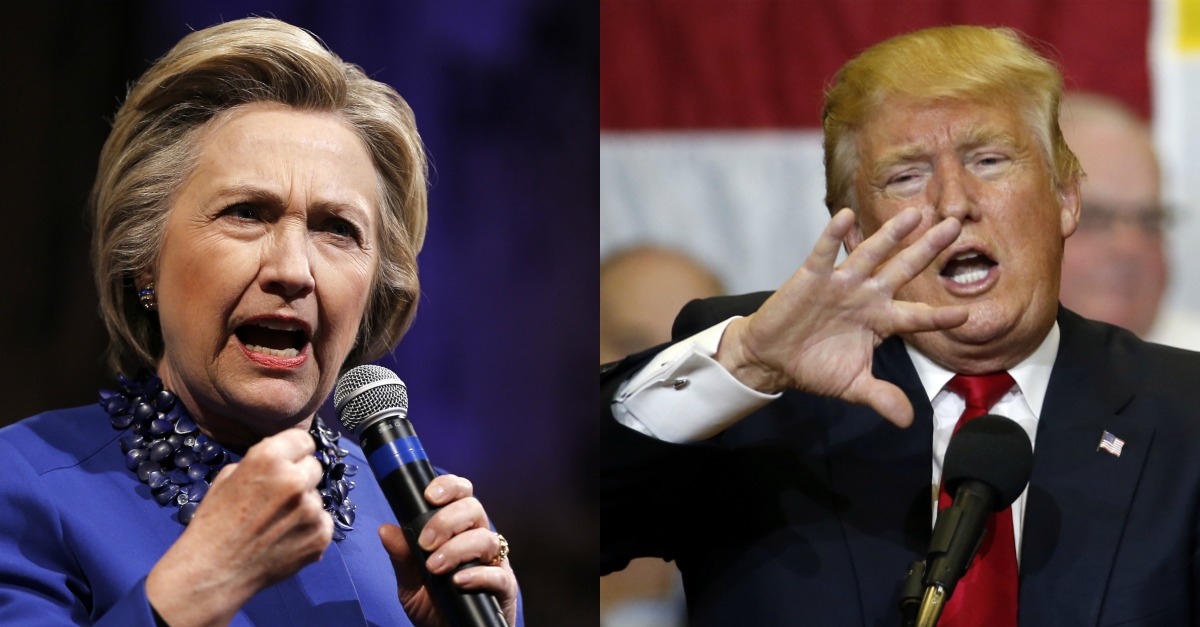