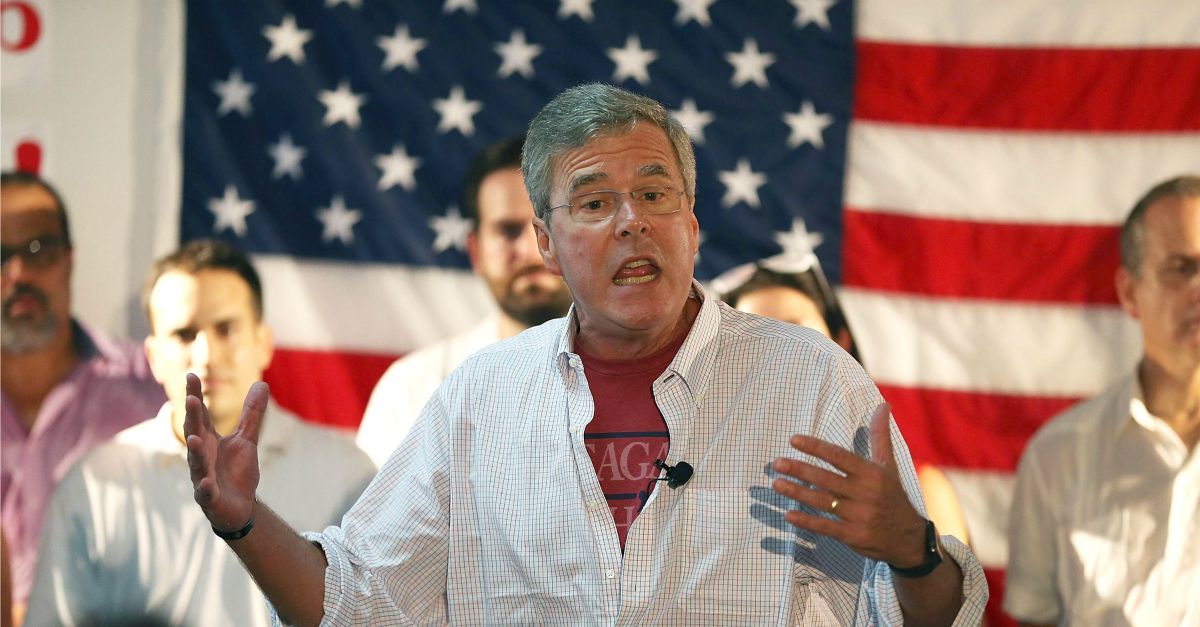 One New Hampshire woman had a tough time staying focused on Republican presidential hopeful Jeb Bush?s message recently. The former Florida governor was stumping through the state in early September, talking about health care, when a woman, identified as ?Tara,? was caught nodding off. Unfortunately for Tara, she was seated behind Bush, in perfect view of the cameras.

In her defense, Tara had been up since 4 a.m. for a 12-hour shift at the fabric plant where Bush was holding that town hall, according to Politico. The two met afterwards for this quick ?thumbs up? photo.
https://twitter.com/JebBush/status/639484854581772288