Republicans in Congress have been salivating the past two or three years over the possibility that President Obama’s disastrous fiscal and foreign policies would lead to unified Republican Congress and White House beginning in 2017, which could then finally pass a conservative agenda.

A Donald Trump presidency is likely to end that dream because many congressional Republicans oppose so many parts of the Trump agenda.

When Trump asserted that he would impose “a complete and total shutdown” of Muslims entering the United States, House Speaker Paul Ryan called a press conference to denounce the proposal. The Washington Times quotes Ryan as saying, “What was proposed yesterday is not what this party stands for. And more importantly, it’s not what this country stands for.”

On Super Tuesday, Trump weighed in by saying he thought he was “going to get along great” with Ryan, and then added, “if I don’t? He’s gonna have to pay a big price, okay?” Sounds like a marriage made in hell.

The New York Times reports that Senate Majority Leader Mitch McConnell “has begun preparing [Republican] senators for the prospect of a Trump nomination, assuring them that, if it threatened to harm them in the general election, they could run negative ads about Mr. Trump to create space between him and Republican senators seeking re-election.”

How many times can you recall a party’s congressional leadership denouncing the proposals and campaign of that same party’s presidential frontrunner?

The Times goes on to say, “The party’s biggest benefactors remain totally opposed to him.” Those conservative donors will be talking to Republican congressmen if they see Trump trying to take the Republican Party, and the country, in a decidedly unconservative direction.

Take the issue of trade. Republicans used to be protectionists—100 years ago. It was Republicans who passed and signed Smoot-Hawley Tariff Act in 1930, which imposed a panoply of tariffs on all kinds of imports, and starting a trade war with several other countries. Many economists, thought not all, think Smoot-Hawley contributed to the length and depth of the Great Depression.

Trump says he will slap tariffs on countries that he believes aren’t trading fairly, though he never defines exactly what that means (whether he would have the legal authority to do so is another issue).

While there is a growing protectionist element within the GOP, I think it is still fair to say that most Republican congressmen still support free trade, and would fight Trump’s efforts to take the country in a protectionist direction.

Or consider health care reform. Trump has said he wants to repeal Obamacare, and that he likes Health Savings Accounts—both part of the Republican agenda. But he’s also said he likes the mandate requiring people to have health insurance. If you repeal Obamacare, you repeal the mandate. And it would very difficult to pass a law through a Republican House and Senate that imposed, or retained, a health insurance mandate.

Trump has stated that he thinks Planned Parenthood does bad things, but might be open to some federal funding based on some of the non-abortion services the organization provides. Congressional Republicans have made ending all Planned Parenthood funding a hallmark of their agenda.

And if a President Trump’s Supreme Court nominees are as off-the-wall as some of his policy pronouncements, he could be in for a Senate confirmation fight.

There are several other disagreements, but you get the point: There may be a huge divide between what a President Trump wants to do and what House and Senate Republicans are willing to pass—assuming they retain control of both houses.

But since Trump has either reversed himself or been vague on so many of his policy proposals, most of which consist of little more than a few sentences—tax reform being an exception—it is almost impossible to predict what Trump would actually support. If a President Trump were willing to listen to and work with a Republican House and Senate, we could get some of the best legislation passed in decades.

But a “flexible” Trump is not the Donald Trump most of his supporters think they are getting. If they are right, we may be right back to the gridlock that we have seen the past six years under President Obama—and that could be a good thing. 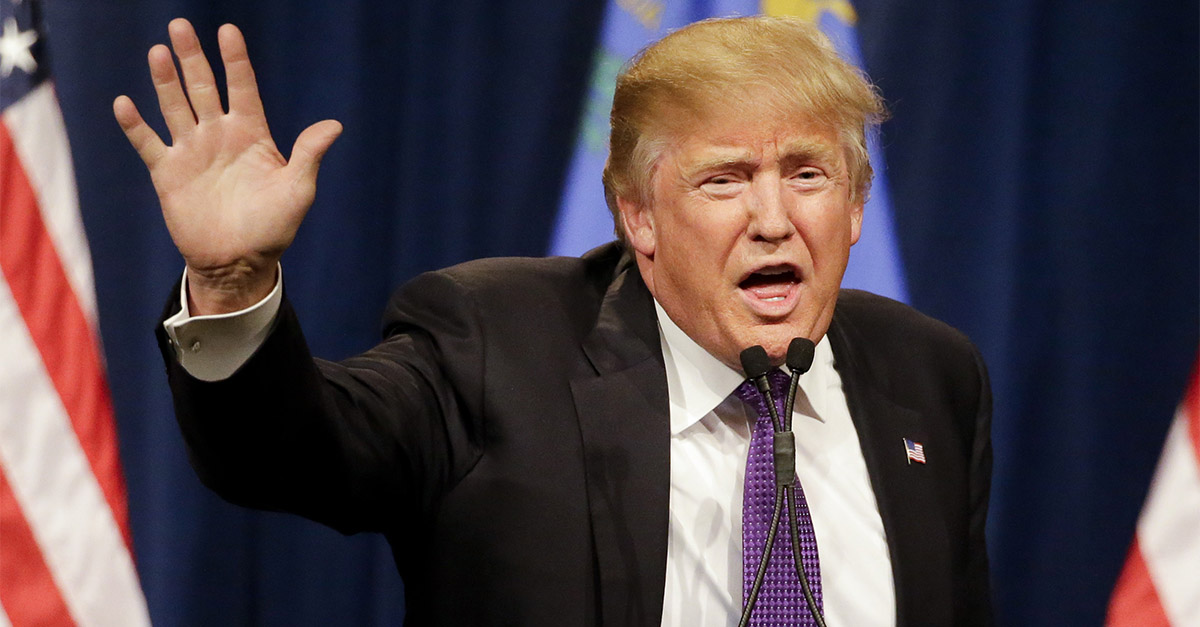