Everybody hates the U.S. Senate, but it’s functioning exactly as it should 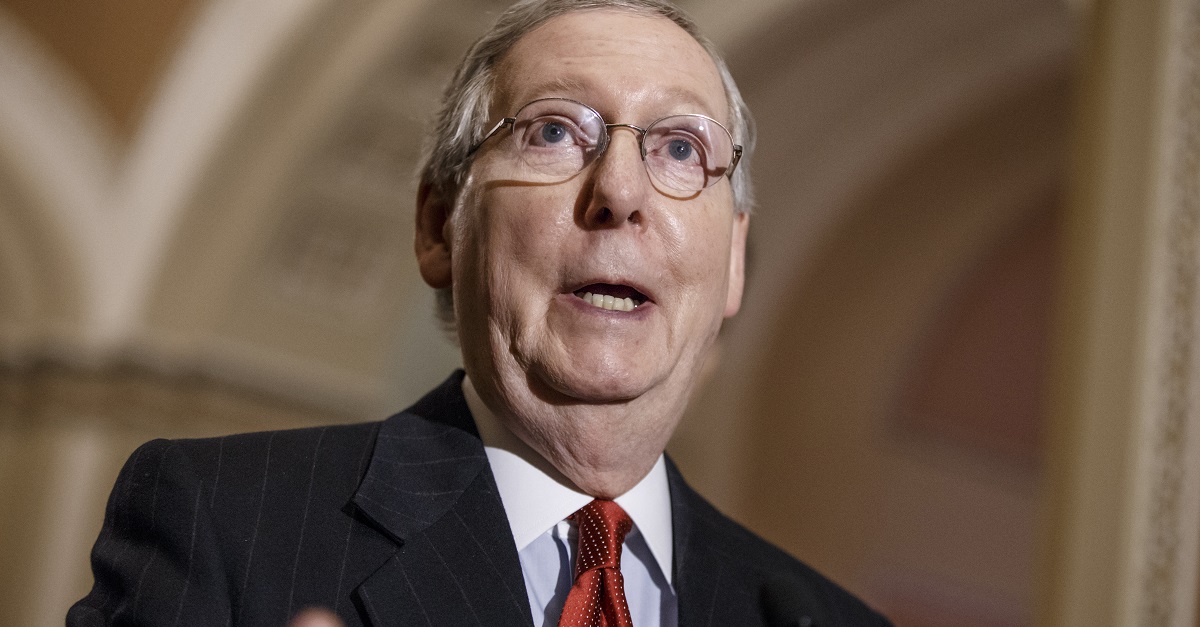 The slow-moving upper chamber has become the bane of everyone’s existence. President Donald Trump harasses the Senate with periodic, vicious tweets about how unproductive and sclerotic it when it’s actually in session. Republican lawmakers in the House of Representatives make fun of their GOP colleagues on the other side of the Capitol Rotunda for being too deliberative on issues that should be easy for the Republican Party to settle. Even senators don’t particular like the Senate; after less than a full term, Sen. Joe Manchin was mulling whether to return to his old job as Governor of West Virginia. While he ultimately decided to stay in the body, the very fact that Manchin thought about going back to West Virginia was an indictment of Washington politics in general and the inner workings of the Senate specifically.

RARE POV: Rand Paul slams Republicans for voting against his amendment to cut $43 billion in spending

Indeed, the lack of any substantial legislative accomplishments in the upper chamber this year has prodded Republican congressmen to try out a new campaign strategy for the 2018 midterms: pin all of the failures in Washington on the most deliberative body in the world. The House of Representatives, after all, has passed over 270 bills over the last 10 months. The U.S. Senate, by contrast, has bottled most of them up.

To the likes of President Trump, the House Freedom Caucus, former White House chief strategist Steve Bannon and others, the Senate embodies Washington at its ugliest: a club of insiders who’ve been there for far too long; stocked with people who’ve lost touch with the constituents they represent and who sit in their Capitol Hill offices scheming to bring down the Trump administration’s agenda; and a home for political opportunists who care about nothing other than staying in those comfortable seats on the Senate floor.

And to be fair, it’s not an unreasonable conclusion. The U.S. Senate is a frustratingly opaque place where procedural hurdles can ruin any progress on a bill whatsoever. For a piece of legislation to pass the chamber, senators need to go through three rounds of voting (one to take up the bill, one to close debate, and one to pass the bill), something that ordinary Americans view as unnecessary — about as smart as giving a crook three chances to rob a house without getting caught. People like Steve Bannon believe that Americans are tired of it all; according to Bloomberg, part of Bannon’s litmus test for insurgent Republican Senate candidates is a pledge to rip up the 60-vote threshold that requires at least some bipartisanship to get legislation passed.

Bannon isn’t alone. House Majority Leader Kevin McCarthy, President Trump, prominent conservative activist groups and an increasing number in the House GOP caucus would much rather have the 60-vote threshold eliminated for the benefit of the conservative agenda. Even Majority Leader Mitch McConnell, the definition of a Senate institutionalist, saw the utility of changing the Senate rules to get Neil Gorsuch onto the Supreme Court in the spring. Senate Democrats were enraged that McConnell would invoke the “nuclear option” for Supreme Court nominations, particularly since McConnell used the filibuster so many times during the Obama era to complicate the nomination process.

The filibuster, however, is what makes the Senate the Senate. Without it, the Senate would be a more distinguished version of the House, where partisan bills get jammed down the throats of rank-and-file lawmakers who are ordered by congressional leadership to vote the party-line.

In the House, Speaker Paul Ryan and Majority Leader McCarthy have most of the power — individual members of Congress are told to get on board. Not so with the Senate, where a single member can hold up a nomination in order to force the executive branch to hand over information that it may not want to disclose. Sen. John McCain’s threat to block senior Pentagon postings unless and until the administration delivers a war strategy for Afghanistan to the Armed Services Committee is a perfectly legitimate use of that senatorial power. And while it may certainly piss off the White House, it encourages the accountability that is integral to a democratic system of government. It’s called checks and balances.

Fortunately, there is a sufficient number of senators in both parties — including the majority leader himself — to block any attempt to rid the Senate of the filibuster entirely. The House of Representatives is an incredibly partisan place where pretty much every issue is politicized and voted through on a party-line vote. The minority party has virtually no power other than holding sit-ins on the floor and making a ruckus.

How would making the Senate a similar institution help the country?