Menu
Follow us
Search
Menu
Search
Republican candidate for Senate Karen Handel speaks to a reporter during a campaign stop in Roswell, Ga., Wednesday, May 14, 2014. The U.S. Senate race is one of the most closely watched in the country as Republicans seek to take control of the chamber away from Democrats. Seven Republicans and four Democrats are running for the Georgia seat, which opened when Sen. Saxby Chambliss announced plans to retire. (AP Photo/John Bazemore)

Modern-day feminism likes to sell itself as a unified front that represents all women. Nothing could be further from the truth.

During the 2016 election season, feminism propped up the eventual losing candidate, Hillary Clinton. From the outset, Hillary’s campaign was about shattering that just-out-of-reach glass ceiling. Of all women, she would be the one to break the previously unattainable barrier and become the first female president.

As expected, post-election backlash has included “sexism” on the list of reasons of why Hillary lost, one Clinton has even mentioned herself. But the far more significant cause is that many who voted for Donald Trump just couldn’t stomach a Hillary Clinton administration, and it had nothing to do with her gender. Clinton’s record and ideas were repulsive enough on their own.

The quest for the presidency has not been the only area where gender obsession has taken over. Left-leaning media routinely publish pieces about the gender disparity in Congress, especially among the GOP. Outlets like Time and the Washington Post have wondered what can be done to fix the gap.

The answer is: Elect more woman Republicans. So you’d think they would have been thrilled when, on Tuesday evening, Republican Karen Handel beat Democrat Jon Ossoff in the special election for Georgia’s 6th Congressional District. This was a huge win for the GOP, which wanted to retain the seat vacated by Tom Price, the new secretary of health and human services. On top of that, Handel’s victory was a win for women. She will be the first female Republican to represent Georgia in the U.S. Congress. That’s history right there.

RELATED: Joe Scarborough explains why the Georgia special election is a “wake-up call” for Democrats

However, not only are many feminists refusing to recognize Handel’s victory, they’re vocally maligning it. To an outside observer, this may seem odd. Feminism is for all women, right? Progress matters regardless of one’s politics, correct? Wrong. This piece from the Huffington Post by Emma Gray, published the day after Handel’s victory and headlined “Reminder: A Win For A Woman Doesn’t Always Mean A Win For Women,” is a good example of modern-day feminism’s vicious intolerance. Quoted at length:

…as Jennifer Wright argued for Harper’s Bazaar in May: “Feminism doesn’t mean liking every stupid woman you meet.”

“Now, in general, if the woman you dislike is not actively making your life worse, it’s probably best to reserve judgment,” Wright wrote. “But if women are opposed to women’s rights? If they’re cheerfully complacent with sexual harassment or scaling back women’s opportunities? If they’re actively going to make life hard work for you and others like you? Speak the fuck out. Don’t worry about seeming polite. Just worry about speaking out.”

In that same vein, being a woman does not automatically make you good for womankind ― especially if your woman-y career has been dedicated to making life harder and worse for lots of women.

Handel supports the repeal of the Affordable Care Act, calling the ACA the “single biggest intrusion into the lives of Americans in decades.”

She is staunchly anti-abortion.

Yes, Handel is a woman (hooray!), but her track record and stated policy priorities do not inspire much confidence that she’ll do anything to advance rights and opportunities for other women. A glass ceiling broken is only worth celebrating if it means something for more than the individual smashing it.

Clearly, a woman’s accomplishments only mean something if she’s part of the exclusive Liberal Girls Club. Hillary was a valued member, of course, but Karen Handel? As a conservative, she’s an outcast and therefore should not be recognized for her history-making turn in becoming a U.S. congresswoman.

Though part of the reasoning behind rejecting someone like Handel is her apparent interest in “scaling back women’s opportunities,” the left’s reaction to her win is more discriminatory than anything Karen herself has done. In fact, the win itself completely flies in the face of the claim that opportunities don’t exist for women. As regards abortion, it’s evident that for the left, differing viewpoints are unacceptable.

Feminists are not pleased that Karen Handel won. Their disgust tells us once again that modern-day feminism is a privileged club that prides itself not on progress, but ideological isolation. Diversity of thought is unwelcome. Republican women need not apply. 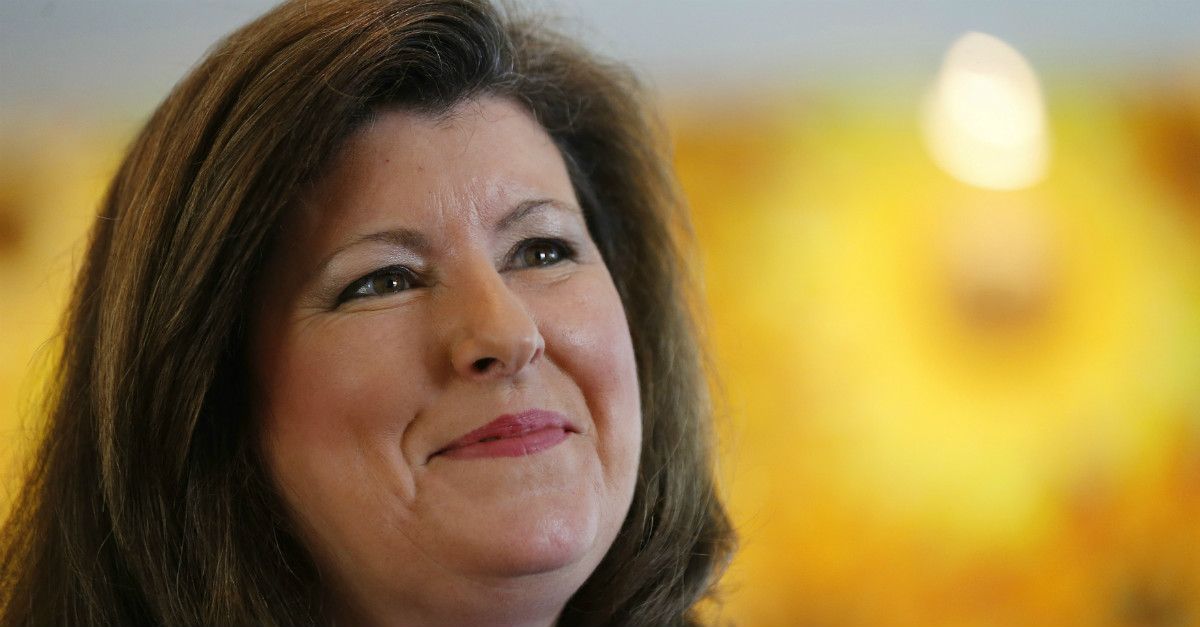