The resignation of President Trump’s national security adviser, Michael Flynn, has predominantly been examined in light of its implications for U.S.-Russia relations, corruption within the Trump White House, and unaccountable behavior by the deep state. Those are all important considerations, to be sure, but there is a big advantage in Flynn’s exit that must not be overlooked: We now have one less Iran hawk in the White House.

That’s significant because Trump clearly has his eye on Iran. Following an Iranian ballistic missile test and an attack on a Saudi warship by Iran-linked rebels in Yemen, Trump via pre-resignation Flynn announced his administration is “officially putting Iran on notice.” Condemning Tehran’s “malign actions,” Flynn characterized the regime’s behavior as a threat to U.S. lives.

Trump himself weighed in later that day on Twitter. “Iran is rapidly taking over more and more of Iraq even after the U.S. has squandered three trillion dollars there,” he tweeted. “Iran has been formally PUT ON NOTICE for firing a ballistic missile. Should have been thankful for the terrible deal the U.S. made with them!” Trump continued the next morning, soon adding, “Iran was on its last legs and ready to collapse until the U.S. came along and gave it a life-line in the form of the Iran Deal: $150 billion.”

As is perhaps inevitably the case with Twitter missives, the policy details here are somewhat fuzzy. Still, Flynn and Trump’s twin use of the phrase “on notice” at least hints toward war, especially when considered in light of White House Press Secretary Sean Spicer’s refusal to rule out military intervention as a retaliatory measure against Iran.

Under present circumstances, that refusal represents recklessness more than prudence. Iran doing something against Washington’s wishes is not the same as Iran threatening vital U.S. interests. It is deeply dangerous to confuse the two in a reckless rush to war.

This is not to excuse bad behavior from Tehran. Though Iran denies its missile test violated the terms of the Iran deal and United Nations Security Council Resolution 2231, which both prohibit Iranian ballistic missile development for use with nuclear weapons, the White House thinks otherwise. That dispute can and should be addressed in a diplomatic context. It occasions exactly the sort of clever wheeling and dealing Trump promised will mark his time in office.

What it does not occasion is military intervention.

Whatever the actions of presidents past may suggest, the United States military is not the president’s personal flyswatter, deployed against any and every annoyance or provocation around the globe. Its constitutional purpose is to “repel Invasions,” which is to defend U.S. soil and U.S. national interests, narrowly understood.

In his statement on Iran, Flynn spoke of protecting American lives — but it is either neoliberal naïveté or neoconservative dishonesty to imply war with Iran would not place many, many more Americans at risk.

Likewise, Trump is right to complain of the trillions spent on the war in Iraq — he must understand attacking Iran would be similarly costly.

As much as the White House wishes to communicate to Iran that actions have consequences, the Trump team would do well to remember the same lesson applies to us: Successful policies for America must be informed by a long-term analysis of costs and benefits that was too often absent in the short-sighted foreign policies of recent years.

Indeed, a preemptive push toward war with Iran would be a foolish repetition of the bipartisan Washington establishment’s foreign policy failures. “Pursuing a de facto policy of permanent war, they have squandered American lives and treasure on a prodigious scale while accomplishing next to nothing,” writes military historian Ret. Col. Andrew Bacevich. “Need proof? Assess U.S. achievements over the past decade-and-a-half in places like Iraq and Afghanistan.”

Needless war with Iran — a larger, wealthier, and more stable nation than either of its U.S.-occupied neighbors — would be a more galling misadventure still. While obviously no match for the might of the American military, Iran is more than strong enough to draw us into a lengthy, bloody war of choice, and especially with Flynn around such a conflict was not unlikely.

President Trump’s foreign policy pitch on the campaign trail relied on his claim to have learned from the mistakes of the last 15 years of misguided interventions and their disastrous results. In dealing with Iran, let him demonstrate the lesson. 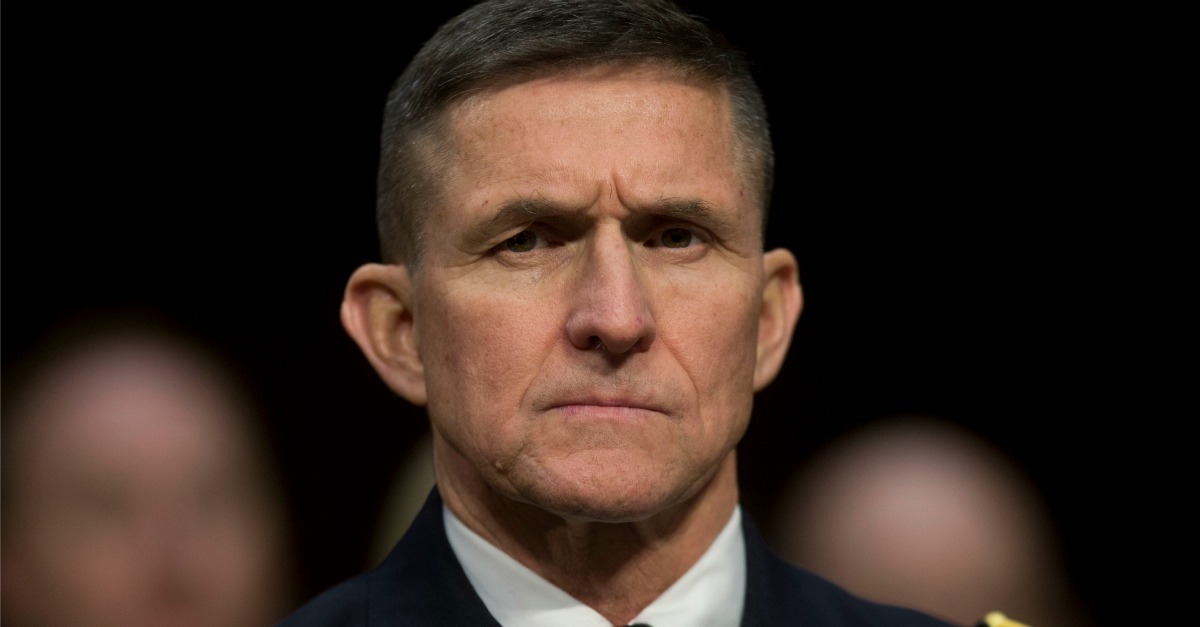