Twenty-five years ago, Massachusetts was known as “Taxachusetts” while Connecticut had earned the sobriquet “Switzerland of New England”—the former because of its impenetrable tax environment, and the latter over its lack of an income tax and accommodating stance towards businesses.

Today, the two have switched places. Massachusetts isn’t exactly a beacon of Hayekian economics, but WalletHub ranks it roughly in the middle as far as state tax rates go. Meanwhile, Connecticut has the third-heftiest tax burden in the country, and by just about every metric is staring into an economic abyss.

One of the reasons for this inversion is William Weld, who served as governor of Massachusetts from 1991 to 1997, following the calamitous reign of amateur tank operator Michael Dukakis. Today, Weld is Gary Johnson’s running mate as Johnson seeks the Libertarian Party presidential nomination. The pick came as a surprise to many libertarians, who are well acquainted with the Paul family and Justin Amash and even Bob Barr, but not Weld.

So what kind of political animal is Weld? A steely libertarian? Or a New England Republican, the sort of GOP patrician who gets elected in that region of the country eschewing social issues and lukewarmly pledging some semblance of fiscal conservatism, but who governs primarily as a moderate, gently pumping the brakes on Democratic legislative supermajorities?

The evidence suggests Weld began as the former but quickly evolved into the latter. Elected on an oath to remedy the heavy-handed mistakes of the Dukakis administration, Weld at first sounded like a revolutionary. He lambasted bureaucracies, mocked the unscrupulous Senate president (and brother of Whitey Bulger) Bill Bulger, and promised to change the way Bay Staters thought about their government. He made short order of the deficit, furloughed state workers, and actually budgeted less money in his first year than had been spent the year before. In doing so, he balanced the Bay State’s books. Conservatives nationwide cheered and turned their attention to this promising young turk from the most unlikely of places.

It was to be Bill Weld’s last year of revolution. At City Journal, Jeff Jacoby chronicles what happened next:

By January 1992, Weld had abandoned his oft-repeated vow to carve $1 billion from the budget. In his State of the State address that month, he proposed adding $1 billion instead. He boasted of multi-million-dollar “increases in several key programs” in his forthcoming fiscal 1993 spending plan. “As these examples illustrate,” he said, “we’re not against government spending. We don’t wish to dismantle government.”

A year later, Weld’s proposed 1994 budget included yet another $1 billion spending hike. “We’re seeing a completely different Bill Weld than we saw a couple of years ago,” exulted James Braude, director of the staunchly liberal Tax Equity Alliance for Massachusetts, which had led the fight against Question 3, the 1990 tax rollback ballot issue. The state’s foremost anti-tax advocate, by contrast, was dismayed. “Spending is out of control,” said Barbara Anderson of Citizens for Limited Taxation, “just like it used to be.”

There’s no question that Massachusetts is on the whole better off thanks to Weld and his Republican successor Paul Cellucci. The two of them plugged up sinking Beacon Hill, ameliorated the tax burden, and gave the inconsequential Mitt Romney a wave to ride into the Republican presidential field. But Weld never came close to achieving what he could have. The important work of bringing Massachusetts’ analog government into the digital world—consolidating agencies, eliminating licensing boards, reducing regulations—went undone. Instead, Weld chose to cozy up to the Democratic establishment.

Add all that to the grumbles libertarians already have about Weld—from his signing off on a host of gun control measures to his approval of eminent domain in certain situations to his gushing over George W. Bush’s leadership during the Iraq war—and you have a very extensive list of indictments. So why did Johnson select someone who risks alienating the very voters he needs to win a Libertarian Party convention majority?

The answer is that he’s looking beyond Orlando to the general election, where voters are less concerned with policy checklists than your average libertarian on Facebook. On paper, a Johnson-Weld ticket is a formidable force: a pair of two-term governors from blue states who command bipartisan respect, up against two deeply unpopular frontrunners with no executive experience between them. Weld’s unflinching social liberalism also signals that Johnson is pitching himself to young Bernie Sanders supporters just as energetically as to disgruntled Republicans. A #NeverTrump campaign, this won’t be.

But is it a ticket worth supporting? It’s certainly more promising than the left-wing cronyist and half-witted professional wrestler that we’ve been offered thus far. But if Weld wants to secure the trust of fiscal conservatives, he’s first got some explaining to do. 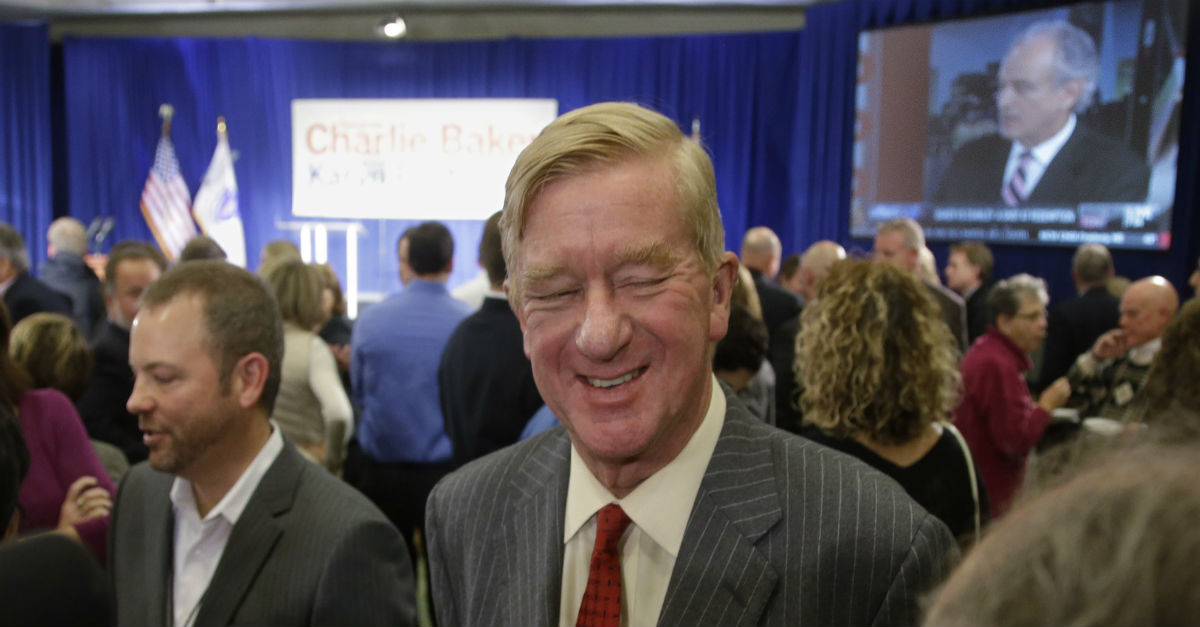