This week, French president Emmanuel Macron made headlines with an answer he give during a G20 press conference in Hamburg, Germany. He was asked by a journalist whether he thinks Africa needs something comparable to a Marshall Plan in order to get its economy going.

Macron’s long response contained this: “There is a shared responsibility in all this. This Marshall Plan that you want for Africa needs to be supported by local governments and organizations. …[Y]ou cannot have, today, countries where women have seven to eight children on average.”

This soundbite earned the young French president a lot of criticism. Le Monde accused Macron of “having the arrogance of a privileged class of rich, white, male elites.” The left-wing newspaper Libération reminded readers that “accusing African women of economic under-development is a remnant from French colonialism.” The Guardian in the UK didn’t even choose its words that carefully, directly aligning Macron with colonialism by titling an op-ed: “Brand new Macron, same old colonialism.”

In fact, Macron got the numbers wrong by a long shot. The actual number of children per woman in Africa is 4.4, not between seven and eight. Almost doubling the real number during an answer to a journalist is not just unpresidential; it’s ignorant regardless of who says it. Birth rates also aren’t Africa’s real problem. Other countries with similarly high birth rates have GDP growth rates of more than 5 percent.

However, there was more to Macron’s answer than his point about birth rates. His full response took about three minutes and contained a thorough analysis of the problems in Africa, ranging from the issue of failed states and complex democratic transitions to security problems related to religious fundamentalism. He rightfully pointed out that demanding an African Marshall Plan, and thereby comparing Africa’s situation with that of post-World War II Europe, is guided by a large misapprehension. “Africa’s problems are way deeper and more structural than those of the European states of the World War II,” Macron said.

That’s true: helicopter money (the idea that you can throw cash out of a helicopter and help local populations) is unlikely to bolster governments that are often functionally authoritarian and lack the rule of law. In fact, it’s more likely that such money will end up in the hands of dictators and corrupt warlords rather than those who need it. Bloated foreign aid budgets will make Africa more dependent, not less.

Macron himself draws a share of the blame, as his policies have contributed to misery on the continent. As a self-proclaimed Europhile, Macron loves the European Union, whose trade policy largely contributes to the problems in Africa. Through farm subsidies, tariffs, and intrusive food standards, Europe has made African agriculture non-competitive. Very often, it is cheaper for African consumers to buy imported European goods than their own local products.

Not only is Macron not an advocate for free trade with Africa, he is likely to make things worse. His protectionist program is twofold. First, Macron would like to enact a European version of the Buy American Act of 1933, which required the U.S. government to purchase products made in the U.S. Second, Macron would like to reinforce “anti-dumping” rules. During his campaign, he accused Poland of unfair competition by setting lower social standards. No surprise then that Macron is one of the most fervent proponents of trade treaties responsible for the proliferation of non-tariff barriers. For Macron, protectionism is just fine so long as it is wrapped in good intentions—the workers, the environment, or safety—and even if it hurts the planet’s poorest continent.

Macron gets Africa wrong, and so do his critics. Africans don’t need petty handouts or screamed outrage; they need the opportunity to freely produce and trade with the world. 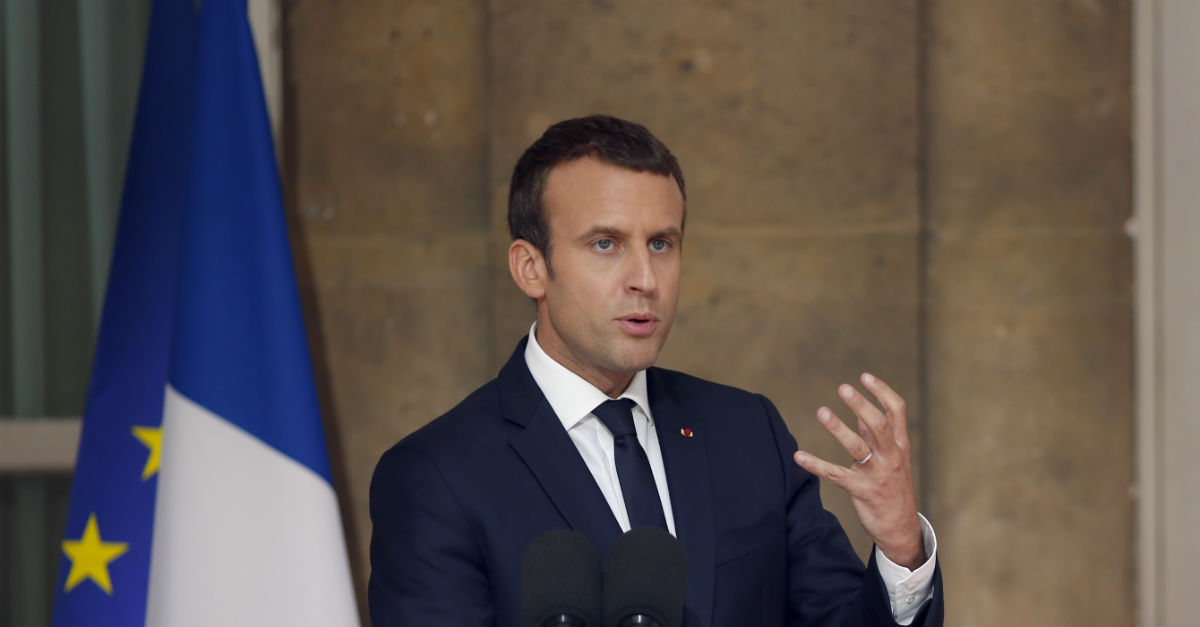