Instead of just watching Richard Spencer get punched in the face, here’s why his racist worldview is wrong 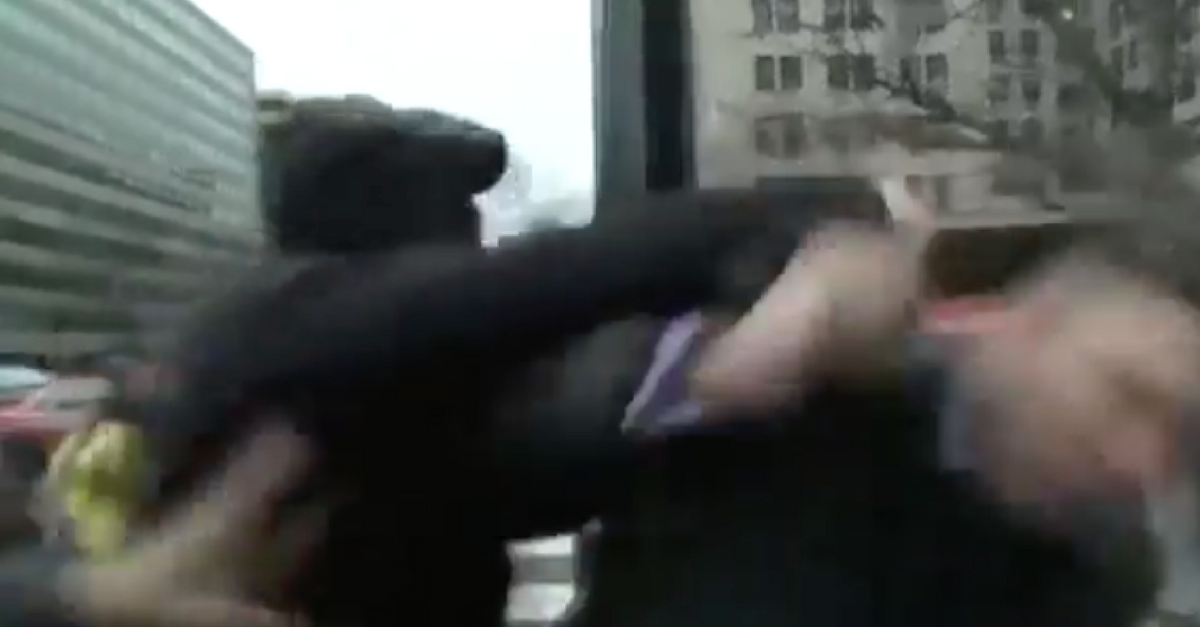 White nationalist leader Richard Spencer made a name for himself during the election, and more recently by getting punched in the face in a video that went viral. Many continue to debate this violent act.

But it’s perhaps even more important to rebuke what this man believes.

Spencer advocates for an Aryan homeland for the supposedly dispossessed white race, and calls for “peaceful ethnic cleansing” to halt the “deconstruction” of European culture. Although Spencer makes the staunchest defenders of free speech balk, I will not call to censor him; and instead, respond, using the same right that he would abuse.

Please consider not only why Mr. Spencer is hateful, divisive, and wrong, but also the many ways in which his plans would fail.

White nationalism is an economic nightmare

Not only are his desires for a white ethno-state morally abhorrent, they possess disastrous economic implications. Let’s examine what “cleansing” looks like in the context of our nation’s current demographics.

The creation of a “white state” would quickly eliminate 26 percent of our work force, according to Bureau of Labor Statistics. It would also suppose that the current buying power of $1.3 trillion from the African-American community is insignificant, and even unwelcomed.

How would a massive gap in goods, services, and buying power contribute to making America great?

It is not, however, America that Mr. Spencer points to as a shining example of how well ethno-states work, but rather Post WWI Europe. He believes the 1919 Paris Peace Conference was a success. If we examine this period in history, one actually finds the exact opposite of Spencer’s proportions to be true.

Ethnic states (contrived by the victorious European powers), such as Iran, Syria, Libya, and other Sykes-Picot nations, are consistently the least prosperous, by any measure. This is largely due to the fact that—instead of defending civil liberties, property rights, and legal justice—these nations pillage, expropriate, and terrorize their citizens, often for racial, classist, or religious reasons. An examination by Harvard’s Alberto Alessina reveals, instead, that the prosperity of a nation is actually linked to its diversity.

These facts defang Spencer’s “academic racism” to what it really is: white supremacy.

Why faith and morality matter

Too often, white culture, particularly the white church, answers screaming fascism with deafening silence. This phenomenon has definitely played a role in how Spencer would pervert the role of the church, and shape white culture. He wagers that the percentage of the white population that disagrees with him will, by and large, remain silent. This is a moment when the white evangelical church—the people he is counting on to stay silent—can change policy.

The white church stands at the crossroads of faith and justice. Now, more than ever, it has the opportunity to grow into relevance and diverse relationship, by being courageous enough to use the gifts of voice, word, reason, and art to speak out against hatred. A perverted desire for racial purity must not be allowed to masquerade as religious or moral virtue.

Failure from faithful people, to clearly and unequivocally denounce this fetishized version of religion allows space for the Dylan Roofs of the world.

After gunning down the Charleston nine at Mother Emmanuel AME, being tried, and sentenced to death, Roof still believes he will die a martyr. This is absurd, as blind racism is not a “cause”—there is no ethos involved that would justify martyrdom. Yet, men like Spencer legitimize and perpetuate such myths.

When one reads in Mr. Spencer’s writing that: “Martin Luther King Jr., a fraud and degenerate in his life, has become the symbol and cynosure of White Dispossession and the deconstruction of Occidental civilization. We must overcome!” one can be confident that evil has—for the moment—found a resting place in the words of Richard Spencer. As long as the white church does not acknowledge its responsibility to resist “injustice anywhere,” it will remain complicit in this sin.

RELATED: Do you know who punched Richard Spencer? The information could be worth thousands

In baptism, Christians are asked if they will renounce the forces of evil. This is a question meant to evoke a broader impact than a ritualistic recitation of lifeless, action-less words. It is a call to be both vigilant in identifying evil and proactive in resisting it.

The invitation of faith also bids believers to strive for justice and peace at all times, in all places. This is the crux of Mr. Spencer’s folly. If the faithful among us respond to their baptismal promises, the dystopian world of Richard Spencer cannot be realized. If white Christians cast off a role of sleepy observer, and acknowledge the power that comes from being “appointed over nations…to uproot and tear down…to build and plant” (Jeremiah 1:10) the words of Spencer will not be realized.

The very people Richard Spencer would divide will tear down his hatred with reason and clear voices; they will build up our nation with courage, forbearance, and love.

Jeremy J. Grenhart is the Creative Minister of Music at Luther Place Memorial Church in Washington D.C. Follow him on Twitter @JGrenhart