Kathy Griffin is vile and unfunny, but CNN still shouldn’t have fired her 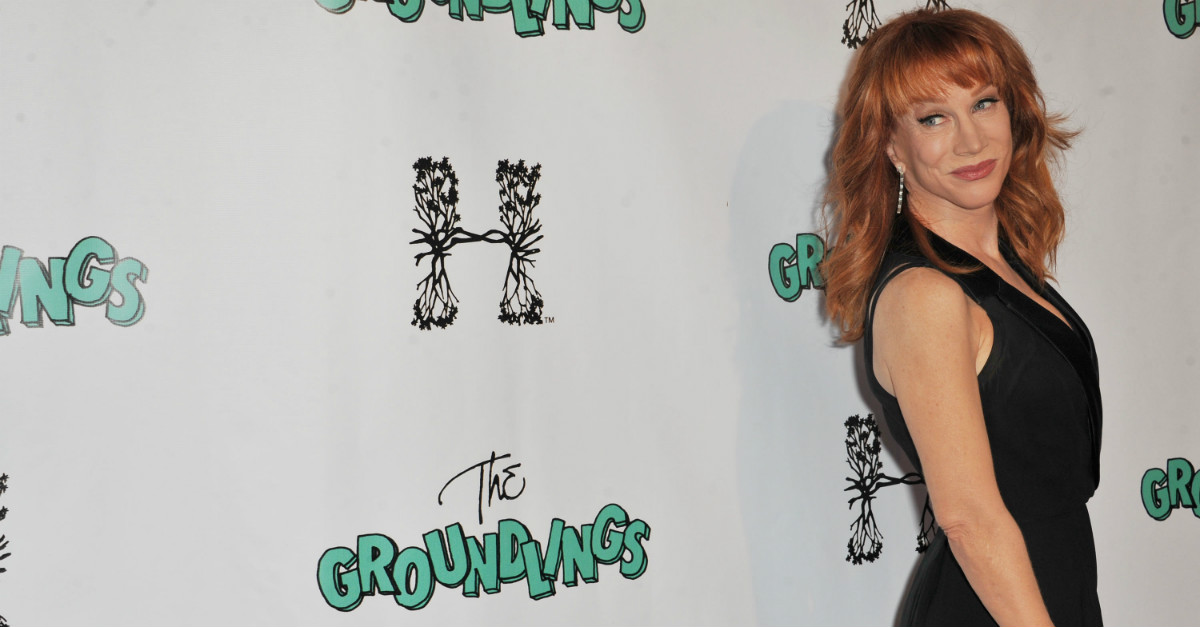 Everyone knows that humor is a subjective concept. Nevertheless, if I were forced to argue that a human being can be truly, objectively, and irrefutably not funny, my ?Exhibit A? would be the comedy stylings of Kathy Griffin. That?s how stale and grating I find her entire television persona. She tickles exactly zero of my funny bones. This generation?s Joan Rivers? Please. She?s a poor man?s Melissa Rivers.

So yeah, not a fan. But I still think we should cut her a break, accept her apology and move on.

Unless you?ve been utterly disconnected from social media for the past two days (and in that case, God bless you), you?ve no doubt witnessed the firestorm surrounding Griffin?s decision to appear in some, shall we say, provocative photographs. Predictably, the reaction from Twitter was fast and merciless. Even the most boorish fixtures of the Trump-hating, liberal commentariat quickly turned their backs on her. Conservatives also seized the moment, bombarding CNN, Griffin?s New Year?s Eve employer, with demands that the network cut its ties.

In less than 24 hours, a very contrite-looking Griffin posted an apology video online. “I’m a comic,” she pleaded. “I cross the line. I move the line, then I cross it. I went way too far. The image is too disturbing. I understand how it offends people. It wasn’t funny. I get it.” It concluded with the comedian literally begging her audience for forgiveness. It was, for me at least, an unexpectedly somber moment. Unfortunately for Griffin, the damage had been done. CNN would soon announce a parting of ways and at least one very niche product line dropped the comic as a spokesperson.

In the aftermath, I can?t help but wonder if this was truly the best outcome. Sifting through all the ridiculousness, two fundamental questions keep coming to the forefront of my mind. First, how should Trump supporters (and other aggrieved conservatives) constructively respond to this type of behavior? And second, should they consider accepting Ms. Griffin?s apology?

RELATED: Be thankful you live in a country where Kathy Griffin is free to be a reprehensible moron

Speaking to the first point, I realize, of course, that for some offended folks, simply tuning her out won?t be enough. She must be punished. True to form, many of my fellow conservatives seemed pleased ? almost pleasantly surprised ? by CNN?s decision to give Griffin the axe. Justice served? I suppose. But to who?s benefit? I certainly wasn?t going to watch monotone news-bot Anderson Cooper ring in the New Year, with or without Griffin as his sidekick. But now, thanks to online outrage, no one else can either?? That?s not to say CNN wouldn?t have arrived at the same conclusion, deciding for economic reasons that their bottom line was better served without Kathy Griffin on the airwaves. But that wasn?t the case here. This was an effort by a risk-averse employer to stay on the right side the news cycle. Is that a function of the free market? Sure. But it?s not my favorite part.

It?s probably foolish to equate those calling for Ms. Griffin?s head (pun intended) with the growing hordes of college leftists attempting to silence all speech they deem ?offensive.? And yet, there are just enough similarities to make me uncomfortable. As a conservative college kid, lo those many years ago, I routinely found myself at odds with the myriad of speakers invited to our campus by left-leaning student groups. In the appropriate setting, I was known to challenge more than a few of them. And looking back, I would have been perfectly content if none of my classmates had bothered lining up to hear them drivel on about socialism or cultural appropriation or what have you. That said, the idea of ginning up so much animosity that the speaker might be pulled for fear of low attendance probably never occurred to me. I’ve never been particularly bothered by a speech I didn?t stick around to hear.

So by all means, criticize Griffin?s foolishness. I did and it?s 100 percent appropriate. Calling for her job, however, feels like a bridge too far. Sure, some pious voices will argue that in punishing Griffin, we?re protecting the last vestiges of decency in political discourse; we?re drawing a line in the proverbial sand as to what kind of behavior is unacceptable in the public square. But come on, does anyone actually believe that? Does one comic losing a couple of gigs really discourage the next Hollywood knucklehead from saying something vile and outrageous about the president? Call me a cynic, but that motive doesn?t strike me as believable or achievable.

Make no mistake; this is not a First Amendment issue. CNN has every right to fire Kathy Griffin for her inflammatory actions. I also recognize that in a free society, consumers have every right to organize boycotts, write angry letters, and call for an entertainer?s firing. But should they? If nothing else, the Kathy Griffin saga proves that not every right is wisely exercised.

RELATED: CNN host thinks the GOP are hypocrites for their excoriation of Kathy Griffin: ?Mocking the disabled? should also be condemned

Finally, on the subject of forgiveness, I?ll be accepting Griffin?s apology at face-value and moving on. Naturally, not everyone will agree. Over at Hot Air, John Sexton was especially skeptical of the comedienne?s sincerity, arguing that Griffin had ?misjudged her audience? and having ?assumed that as long as the people angry were limited to sputtering conservatives, the rest of the media, CNN included, would give her a pass.? I think there?s some truth in that.

However, much of Griffin?s blunder can no doubt be chalked up the fact that she hasn?t live or worked among conservatives (or anyone else who thinks differently from her) for a very, very, very long-time. Life in a bubble, be it Hollywood or Washington, D.C., can wreak havoc on a person?s understanding of the larger world and its inhabitants. In a way, that seems rather pitiable. More importantly, I suspect that Griffin may have just undergone a truly humbling and perhaps terrifying experience. Even after decades of relative celebrity, few people are psychology prepared to be the target of scorn for literally millions of their fellow citizens. It takes an even rarer, Milo-esque individual to find any pleasure in it. Griffin, for whatever her faults, doesn?t appear to be that kind of person.

So was she sincere? God only knows. All I can say with certainty is that I wouldn?t trade my week for hers. And in this age of endless hurt feelings and incessant hyperventilating, I?d just as soon assume the best about her character and move on.

But she still isn?t funny.