The best friends Breitbart provocateur Milo Yiannopoulos has are those who protest him. It’s is so glaringly obvious, and that these protesters — this week, extremely violent protesters — don’t seem to understand this basic truth leads me to believe they must be uniquely dumb people.

I don’t like personally insulting people. It’s not my style at all. But I honestly don’t know what else to think.

If these protesters’ mission is to stop, silence or damage Milo in some way, what they are doing will continue to have the exact opposite effect. Wednesday night was the best PR Yiannopoulos has had in weeks.

RELATED: Milo Yiannopoulos’ Twitter ban will only make him stronger

Reason’s Robby Soave gets it, writing of the Berkley protests, “Anti-Yiannopoulos protesters described themselves as anti-fascists and anarchists. ‘We reject fascist America,’ they said.”

“They don’t so much reject it as enable it,” Soave notes. “Most people will watch the chaos unfold and wonder what’s wrong with college students and social justice activists these days—why they must resort to violence and destruction to silence people they don’t like.”

Soave is right. The average person who watched the chaos in the streets of Berkeley, Calif., on television Wednesday probably had little sympathy for the protesters but also might be curious why the object of their rage elicits such a reaction. I wonder how many people Googled “Milo” Wednesday night and Thursday morning. Obviously, Yiannopoulos and his supporters love making the left this angry.

“By engaging in such tactics, anti-Yiannopoulos protesters effectively distract from the fact that Yiannopoulos’s own views are loathsome,” Soave continued. “They turn Yiannopoulos into a free speech martyr, which is exactly what he wants.”

“When Milo is censored, Milo wins.”

Yiannopoulos’ ostensible reason for speaking on campuses is to promote free speech. When he is prevented from doing so, whether it’s simply a university canceling or protesters forcing their hand, it is far better for him than if the event had taken place. If I were Milo, or his publisher Simon and Schuster — who gave him a $250,000 advance for a book — my primary concern would be that people might stop protesting. That would significantly diminish his brand. If the rage against him waned, Yiannopoulos or his publisher would be wise to put protesters on their payroll.

I was one of the early critics of Yiannopoulos for being the most high profile promoter of the white nationalist–centric alt-right movement. I also understand why so many students and others are attracted to how he takes on the radical campus left. As I have said from the beginning, I like that too. The extreme campus left need some sort of counterbalance. There are good and bad aspects to Yiannopoulos. Lately he seems to be backing away from the racists he once proudly promoted. I hope this trend continues, because he does have significant influence. I hope he uses his voice for good.

Milo’s protesters have a voice too. But too many still can’t seem to figure out that the louder they get, the stronger he gets. 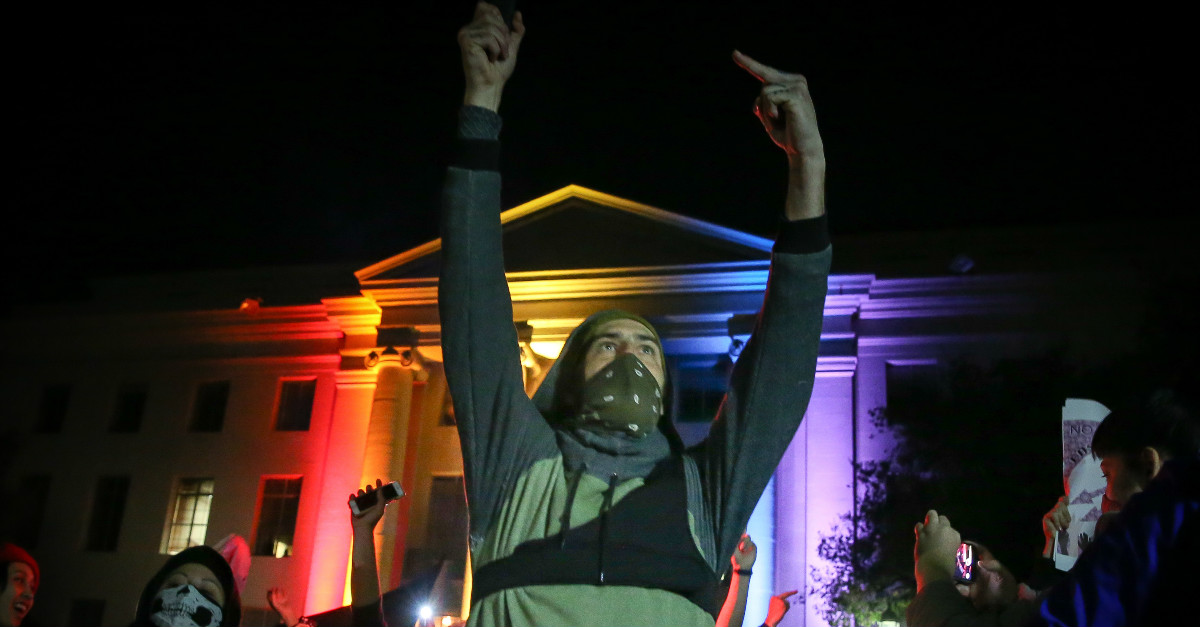