Now more than ever, both left and right need to protect free speech 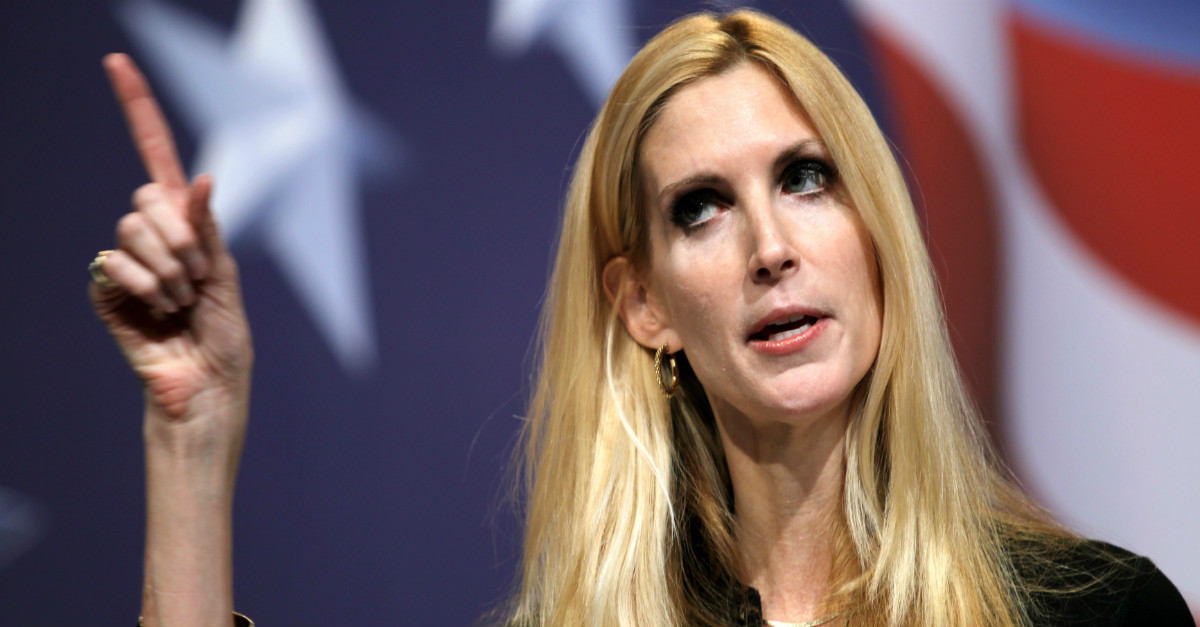 As a pundit, I find Ann Coulter obnoxious. She peddles what may generously be labeled nationalism ? and this is coming from someone who is no fan of nationalism ? and seems to prioritize giving offense above all else. Even before promoting her perspective, her goal is to rile, and at the University of California, Berkeley, she has succeeded.

Coulter was invited by the Berkeley College Republicans to speak on campus, and then temporarily uninvited after the school administration received what they deemed credible threats of violent protest should Coulter?s talk happen. After considerable uproar, Coulter?s event was reinstated. (Pro-tip for would-be rioters: No one would have much cared about this routine shindig with a 90s has-been if your threats hadn?t made it national news. Coulter ? the recipient of a generous helping of free publicity in which she, usually the laser-tongued critic, is uncharacteristically cast as the victim ? is the real winner here.)

RELATED: If the Berkeley College Republicans want to host Ann Coulter, they should do it themselves

In this process, conversation about free speech has been renewed. To his credit, Sen. Bernie Sanders (I-Vt.), whose opinions about Coulter coincide with mine, defended her right to speak unmolested. ?I don?t like this. I don?t like it,? Sanders said of the Berkeley debacle. ?Obviously, Ann Coulter?s outrageous ? to my mind, off the wall. But you know, people have a right to give their two cents-worth, give a speech, without fear of violence and intimidation.?

Protesters who attempt to silence Coulter via violence are displaying ?intellectual weakness,? Sanders added: ?If you can?t ask Ann Coulter in a polite way questions which expose the weakness of her arguments, if all you can do is boo, or shut her down, or prevent her from coming, what does that tell the world??

Unfortunately, this wisdom ? and especially this ability to distinguish between endorsing Coulter?s content and defending her rights ? was not widely in evidence as the Berkeley affair unfurled. Former Gov. Howard Dean, no stranger to controversial speech himself, tweeted that hate speech is not protected by the Bill of Rights, the implication being that it is reasonable for a public university to cancel Coulter?s speech because of her past comments.

Setting aside the complicated legal situation which public schools funding ideological student clubs creates (personally, I think much of this controversy could be avoided were the club funding system eliminated entirely, making the talk a private event), Dean is flat-out wrong: The Constitution does not include a hate speech exception to our First Amendment rights, and the Supreme Court has specifically held that even deeply offensive speech eliciting anger and emotional distress is not for that reason illegal. Ann Coulter is obnoxious. That doesn?t make her a criminal.

Free speech is an issue beyond Berkeley, too. For example, President Trump is embattled in a lawsuit in which he is accused of inciting violence for telling his supporters at a rally to physically remove protesters. The supporters complied, and the protesters were injured in the process.

Last week, Trump?s lawyers responded to this lawsuit by arguing protesters ?have no right? to ?express dissenting views? at Trump events. They can express their views elsewhere, the lawyers said, but not at the rally itself ? you know, where Trump might actually see them.

And speaking of Trump, he has apparently undergone a change of heart about WikiLeaks, the transparency advocates that published documents leaked by whistleblower Bradley Manning, as well as many of the Hillary Clinton campaign?s leaked emails.

During the election, when the emails were hurting his opponent?s chances, Trump loved WikiLeaks. Now, his administration may bring charges against the organization. ?This would threaten one of the core freedoms of the press,? as The Guardian editorialized. Wikileaks ?serves a journalistic function,? and its prosecution would strike a serious blow to the First Amendment.

I collect all these stories not to make a Chicken Little plea. The United States, for all its foibles, offers free speech protections most people alive today can only envy. But especially taken together, these three cases reiterate to me that free speech is by no means guaranteed, and its defense must more than ever be a cross-partisan issue.

Whether you?re a conservative angry about Berkeley, a progressive outraged by Trump, or a libertarian worried about WikiLeaks, the wise and principled move is to defend free speech for all.