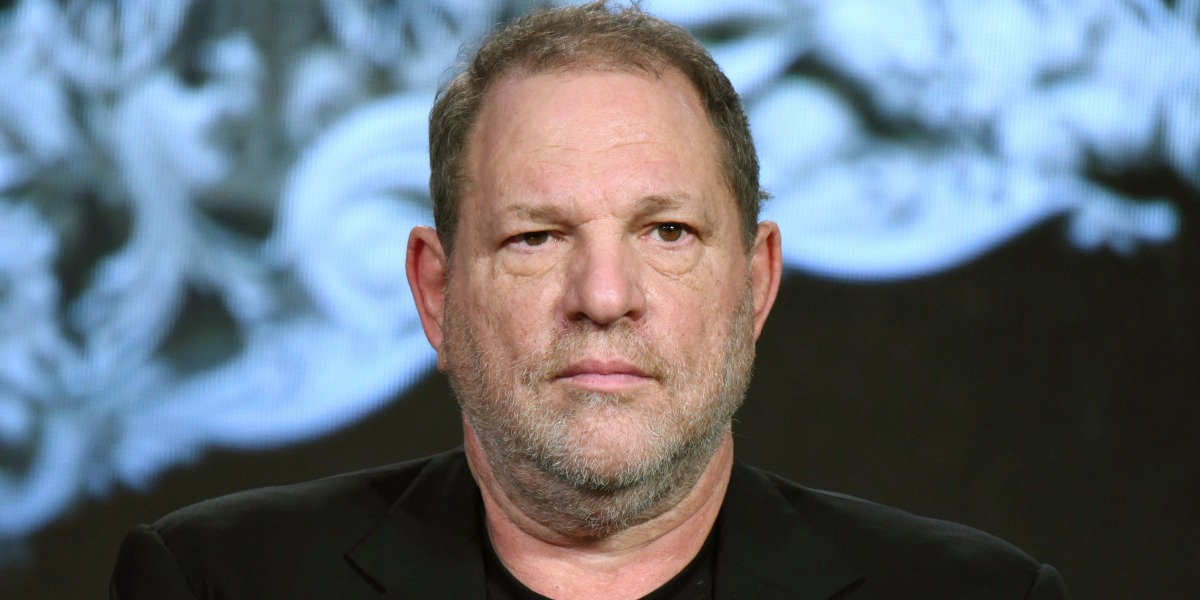 Photo by Richard Shotwell/Invision/AP, File
CORRECTS FROM SUSPENDED TO INDEFINITE LEAVE - FILE - In this Jan. 6, 2016 file photo, producer Harvey Weinstein participates in the "War and Peace" panel at the A&E 2016 Winter TCA in Pasadena, Calif. Weinstein is on indefinite leave from his film company pending an internal investigation into sexual harassment claims leveled against the Oscar winner. The decision was announced by The Weinstein Co.'s board of directors. (Photo by Richard Shotwell/Invision/AP, File)

As the #MeToo social media campaign unfolded in the wake of revelations that movie mogul Harvey Weinstein allegedly sexually abused multiple women for decades, there was confusion over whether or not the hashtag equated harassment with assault or rape. “[S]exual harassment and sexual assault are very different things,” wrote The Detroit News’ Kaitlyn Buss, believing #MeToo cheapens assault.

Obviously harassment is bad, and there is debate over what constitutes harassment (Is asking someone on a date harassment? What about catcalling?). But also obviously, assault and rape — being physically attacked — are far more traumatizing than even the worst verbal abuse.

But #MeToo did not equate harassment with assault. I did not see one woman using that hashtag try to make that case. Yet both harassment and assault are integral parts of the conversation #MeToo was intended to spark.

Women endure a different day-to-day reality than men in the United States and around the world. While the Harvey Weinstein story is specifically about how powerful men get away with alleged behavior ranging from harassment to rape, a primary point of #MeToo is that it’s not just powerful men and it’s not specific to Weinstein. It’s widespread. It also not an indictment of all men, as some were eager to portray the hashtag.

#MeToo is about how women have to put up with bullying and abuse that is commonplace, and have to put up with it specifically because they’re women. They receive unwanted attention in ways that can be upsetting or frightening, through no fault of their own, and it happens merely because they exist. They didn’t ask for it. Sexually-oriented aggressions, great and small, have been directed at a majority of women (so many have stories, hence #MeToo), and this is something most men aren’t aware of, or at least can’t appreciate as comprehensively.

And explaining the unique experience women have can’t be done without including both sexual harassment and rape — which, again, are not the same thing. But both belong in this conversation.

In the many columns and social media posts I read on whether or not #MeToo includes sexual harassment and rape, probably one of the best summations on whether the campaign was trying to conflate harassment with rape came from a friend on Facebook, a young woman, a libertarian-leaning conservative, who is a U.S. Air Force Airman and new mother. She gave me permission to share her comments anonymously:

Here’s the thing. Someone shouting “nice ass!” or “show me your tits!” and you flipping them off is clearly sexual harassment, but nowhere near the severity of sexual assault nor particularly traumatizing. But if you ask any woman, she can tell you that you never know when the switch is going to flip with cat calling. Is the guy going to keep driving and chortling with his buddies, or is he going to follow you and get more and more aggressive? Is he going to start cursing you out and calling you a bitch and trying to grab you? Words aren’t violence, but cat callers are often entitled aggressive people who do progress to more objectively violent actions. So it’s definitely in the same family.

Harassment is not assault, but how often does assault start with harassment? How can women or others discuss just rape and not bring up the ways in which men have made them feel frightened or cornered?

Harvey Weinstein allegedly raped actress Rose McGowan and others. Much of the other accusations we’ve heard about probably belong in the harassment category. Do we discuss the harassment and assault completely separate? Does it even make sense to discuss them separately?

RARE POV: The right should not dismiss #MeToo

That a man might call a woman a “slut” or “bitch” for rejecting his advances, or even say “hey baby” in a threatening way, while other men physically attack women, should not prevent anyone from discussing both harassment and assault in the same conversation, particularly a national or even global one like #MeToo.

It doesn’t cheapen assault to also discuss harassment. It helps reveal the full spectrum of this problem.