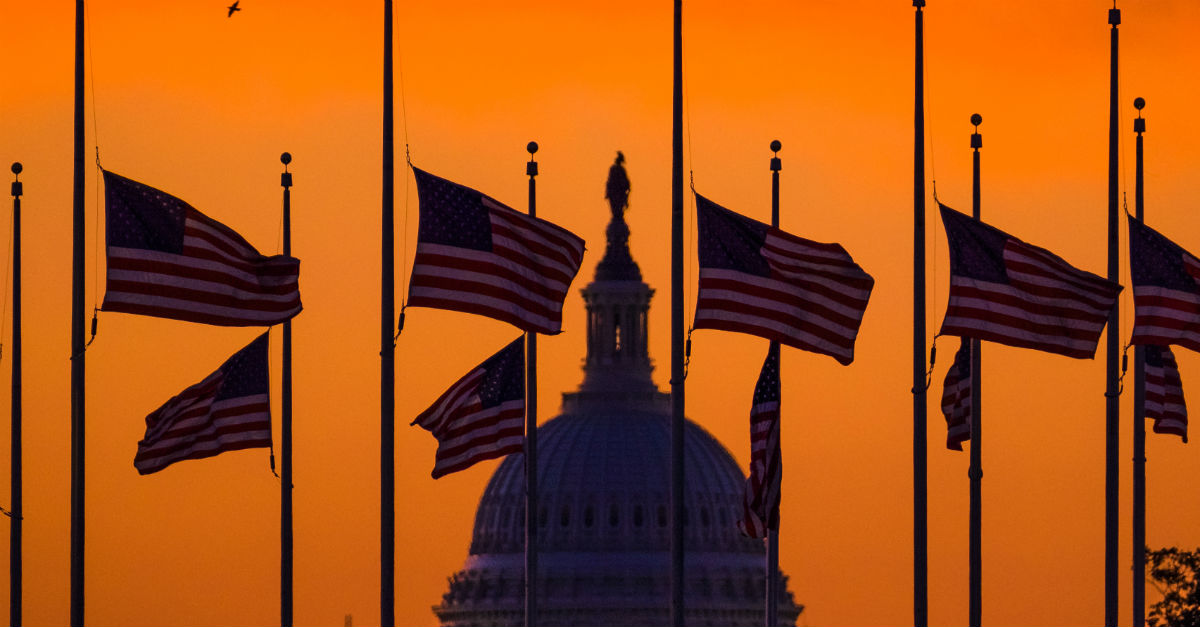 In the wake of tragedy, calls to “do something” can be deafening. And since politicians never want a serious crisis to go to waste—if I can borrow the infamous phrasing of Rahm Emanuel—our government is always ready and willing to respond to these calls.

Trouble is, there’s usually a reason these post-crisis policies were previously nonstarters: they’re not good ideas.

Laws made in terror, anger, and despair appeal more to our emotions than our common sense. They tend to ride roughshod over individual rights and the limits of the Constitution. They are often unjust and ill-considered, which is (understandably) difficult to see through our tears.

But once the mourning period is over, our sorrow-born policies don’t die off with our grief. We’re stuck, saddled with serious expansions of government power whose implications reach farther than we initially understood.

This pattern—crisis, reaction, injustice, regret—is hardly new, but it has appeared with alarming frequency in this modern age of the war on terror.

After 9/11, we saw a massive expansion of the surveillance state through the PATRIOT Act, an assault on Americans’ privacy that has yet to produce any significant counter-terrorism results. Though the public has expressed deep concern about Washington’s ability to keep tabs on our communications, today we’re left with toothless reforms and two anti-privacy presidential candidates.

Our airports became and remain sites for absurd security theater, a wasteful and often counterproductive change with the permanent sticking power of federal bureaucracy.

And our foreign policy exploded into a web of dangerous entanglements that cause more problems than they solve.

More recently, the surveillance state has bided its time, waiting for a new terror attack to falsely claim that just a little more mass spying would have kept us safe. The “legislative environment is very hostile today,” wrote Robert S. Litt of the Office of the Director of National Intelligence in August, but “it could turn in the event of a terrorist attack or criminal event where strong encryption can be shown to have hindered law enforcement.”

When another attack did occur—the Paris bombing this past fall—the intelligence community rushed to heed Litt’s advice. That the attack almost certainly could not have been prevented by breaking encryption didn’t matter. They were determined not to let this crisis go to waste.

Fortunately, the anti-encryption lobby has failed—for now. But the same cycle is repeating itself today, in the aftermath of last week’s horrifying nightclub massacre in Orlando. And because of the convoluted and controversial details of this case, in which an ISIS-allegiant mass shooter used a semiautomatic weapon to attack a gay nightclub, the political haymakers this time around are many.

On the left, it’s all about gun control, which—in a new twist clearly intended to prey upon our fears—is now labeled a matter of national security. “Being tough on terrorism, particularly the sorts of homegrown terrorism that we’ve seen now in Orlando and San Bernardino,” President Obama said Saturday, “means making it harder for people who want to kill Americans to get their hands on assault weapons.”

Meanwhile, Hillary Clinton, Donald Trump, and a number of congressional Democrats have suggested the “solution” is to ban anyone on the federal government’s secret (and notoriously error-prone) terrorist watch list from owning a gun. “Due process is what’s killing us,” one senator hyperventilated, conveniently ignoring the ways abandoning due process has deprived Americans of life, liberty, property, and livelihood.

On the right, similarly ill-conceived proposals have been more varied, from the return of the encryption debate to Trump’s renewed push for a temporary ban on Muslim immigrants; from mandatory carry to excluding Muslims from the Second Amendment. There was even the bizarre suggestion that Orlando justifies police militarization.

Left or right, what these ideas have in common is that they’re passed off as easy answers in times of heartache. But an unjust law is still unjust after tragedy strikes. A breach of civil liberties is still wrong even if it’s reassuring. And this pattern of crisis, reaction, injustice, and regret will not be derailed by wishful thinking.

There may not be one right way to respond to terrorism. But there are many wrong ways, and right now perhaps our greatest task in politics is to avoid them.