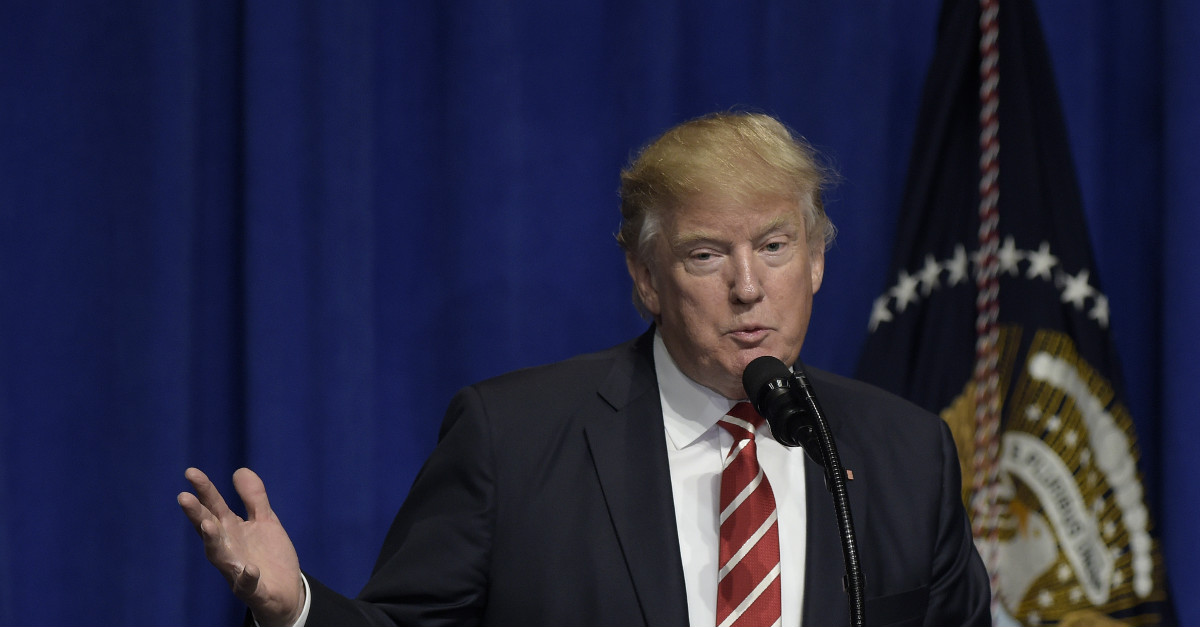 The Trump administration stands accused of equivocating between the United States and Russia.

Before the Super Bowl, President Trump sat down for an interview with Fox News where he was asked by Bill O’Reilly if he respected Vladimir Putin. He responded in the affirmative. O’Reilly rejoined that Putin was a killer to which Trump said, “There are a lot of killers. We?ve got a lot of killers. What, do you think our country?s so innocent?” Deployed to “Face the Nation” on Sunday, Vice President Mike Pence insisted that the president wasn’t guilty of moral equivalence but refused to acknowledge that American values are superior to Russian values.

American values are superior to Russian values?to the extent that Trump was equivocating he was dead wrong and Pence’s light-footed dodging was wholly unnecessary. But Trump was nevertheless onto something when he scoffed at the idea of America being the bridal virgin to Russia’s slattern. Just because your country tends not to murder civilians intentionally, as does Putin, doesn’t mean you’re not guilty of dabbling on the dark side.

We launched invasions of two different countries, Iraq and Libya, without proper declarations of war, disintegrating both and carving up their minority communities. We flooded weapons into many more, arming factions whose true intentions we cannot know, with the result that our last president secured the dubious honor for himself as world’s biggest arms dealer. We shipped prisoners off to black sites in Syria, Egypt, and elsewhere, where they were tortured. We tortured ourselves, chaining detainees to floors and ceilings, force-feeding them through their rectums, waterboarding them. We killed dozens of civilians with drone strikes in countries where we also don’t have authorization to fight. We both waged and supported an evil war in Yemen that’s left the Yemeni people famished, desperate, and suffering from PTSD. Closer to home, the police are authorized to steal our possessions without a warrant, the government can indefinitely detain us without cause, and the feds can arbitrarily place us on a list that prevents us from traveling.

The difference between us and Russia’s autocracy, of course, is that those actions clash with our values, and thanks to congressional checks on the executive branch and public outrage, some of them have been curtailed. But the point is that being founded on good values does not automatically inoculate a country against doing bad things, and believing otherwise is one of the most dangerous conceits of the war on terror. Remember this one following Rand Paul’s filibuster? The idea that a president could ever use a drone to target an American citizen on American soil was dismissed as calumnious for no reason other than that we are the United States and we don’t do that.

As Newt Gingrich retorted when John McCain made that argument, “Does he know nothing of history?”

RELATED: It took a 13-hour filibuster to get Obama to say he wouldn?t target U.S. citizens, but Trump is already giving his answer

We have the most brilliant Constitution ever drafted that holds the most enduring promise of liberty for millions who aspire to it. Still, many of the Founders fully expected their experiment to wither on the vine, after 100 to 150 years or so, because the nation they’d created was to be buffeted by human nature just like everywhere else. America is exceptional because of its laws, not its men, and when our charter is disregarded, when the executive branch tramples on its clauses in the name of war or income equality or whatever else, we damage ourselves, no matter how superior to Russia’s our intentions are.

Trump’s comments, then, were unartful, but there’s a bedrock of wisdom underneath them. We have killed people, we have violated our own laws, and we have done so because of a sort of complacent nationalism?we were the good guys in World War II and the Cold War, so we must be now, too. But that “we” refers only to our government of men, empowered and corruptible. We’re not exempt from the forces that have ruined countless other nations and to publicly question our own government’s wrongheaded actions is not a crime against patriotism. Indeed, part of being a patriot is remembering that, human nature as it is, your country probably isn’t so innocent.