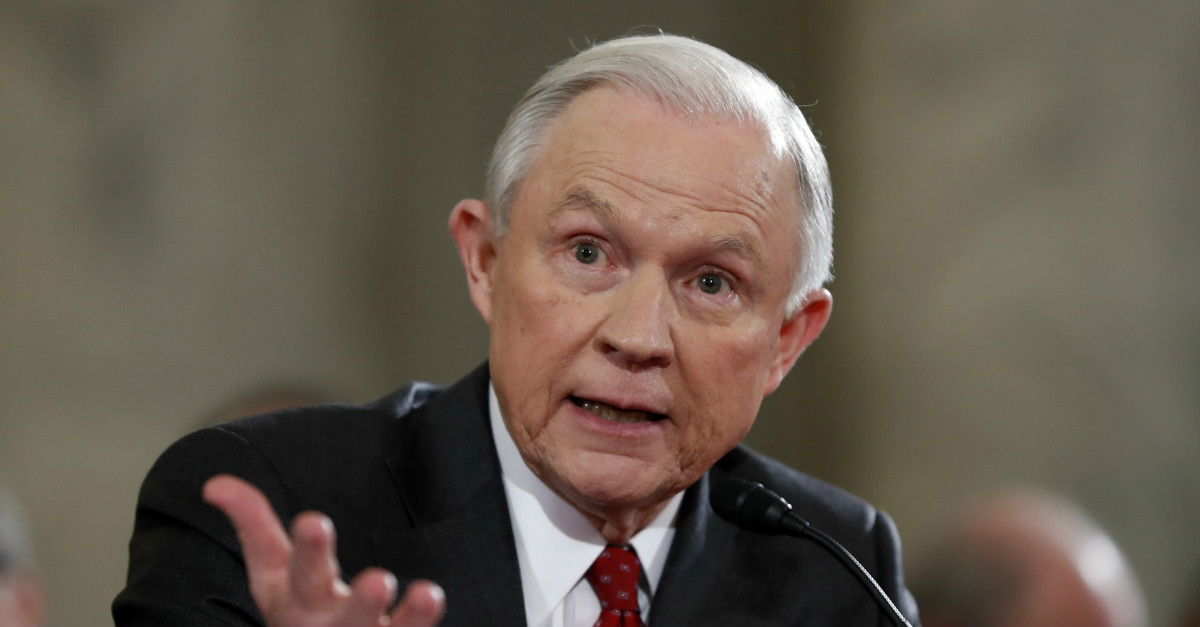 Last Thursday, former FBI director James Comey strutted into a Senate hearing room and told his side of the story. His nearly three-hour testimony captured the attention of the entire media establishment, which has since dissected its every word. The question on everyone’s mind is: was President Trump obstructing justice when he requested that Comey ease up on the investigation into Mike Flynn?

Comey’s testimony, however, wasn’t just about the decisions that Trump did and did not make. Attorney General Jeff Sessions was referenced as well, raising yet more questions in the ever-expanding Russia saga. The Senate Intelligence Committee now wants answers from the attorney general, and Sessions will have a chance to provide them this Tuesday during a public hearing.

If Washington was in the throes of Comey fever last week, Sessions’ public appearance won’t generate anywhere near that kind of attention. CBS, NBC, and ABC won’t be streaming the hearing live?from a ratings perspective, why would they? Comey is a compelling, high-drama figure; Sessions is a slow talking, monotone Alabaman.

Sessions’ testimony, however, is no less important to the Intelligence Committee’s probe. In an investigation like this, where Congress and a special counsel are trying to keep up with a number of moving parts (how close was Trump’s campaign team to the Russians? Was there active collusion between the two during last year’s campaign? Is Flynn hiding a potential bombshell that implicates the president, Jared Kushner, or somebody else deep in Trump’s orbit?), investigators need to bring in anyone and everyone even loosely connected to the Trump campaign. The attorney general, of course, was a deeply loyal Trump supporter long before any of his Senate colleagues took the billionaire Republican seriously.

So the Senate Intelligence Committee will have in Sessions a ripe opportunity to get closer to the truth. Here are three questions they should ask him:

How many contacts?official and unofficial?did you have with Russian Ambassador Sergey Kislyak and other individuals associated with the Russian government? The attorney general has obfuscated on this point more than once, first during his confirmation hearing when he insisted that he had no contact with Russian officials (that was untrue) and more recently as lawmakers look into whether he had a third interaction with Kislyak last year. Sessions, under oath, needs to clear this up once and for all.

Why didn’t you act on Comey’s request to wall off the Justice Department from White House influence? In his written testimony, Comey wrote that he pleaded with Sessions to make sure that the FBI and the Justice Department weren’t impacted by political heat from the White House’s direction. According to Comey, Sessions just stood there without saying a word. The attorney general must be drawn out on whether he believes that the work of the DOJ should be totally independent from politics, and if so, why he was unsuccessful or unwilling to keep the president from engaging in one-on-one conversations with Comey.

What does the word “recusal” mean to you? In March, Sessions chose to do the smart thing?albeit only after his meetings with Kislyak were leaked to the press?by recusing himself from all matters related to the ongoing investigation into Russian election interference. And yet he still participated in the process of firing of James Comey, the man who at that time was running point on that investigation. It’s a curious way to respect a recusal, and the attorney general ought to explain why he believed it was appropriate for him to offer a recommendation on Comey’s fate to the president.