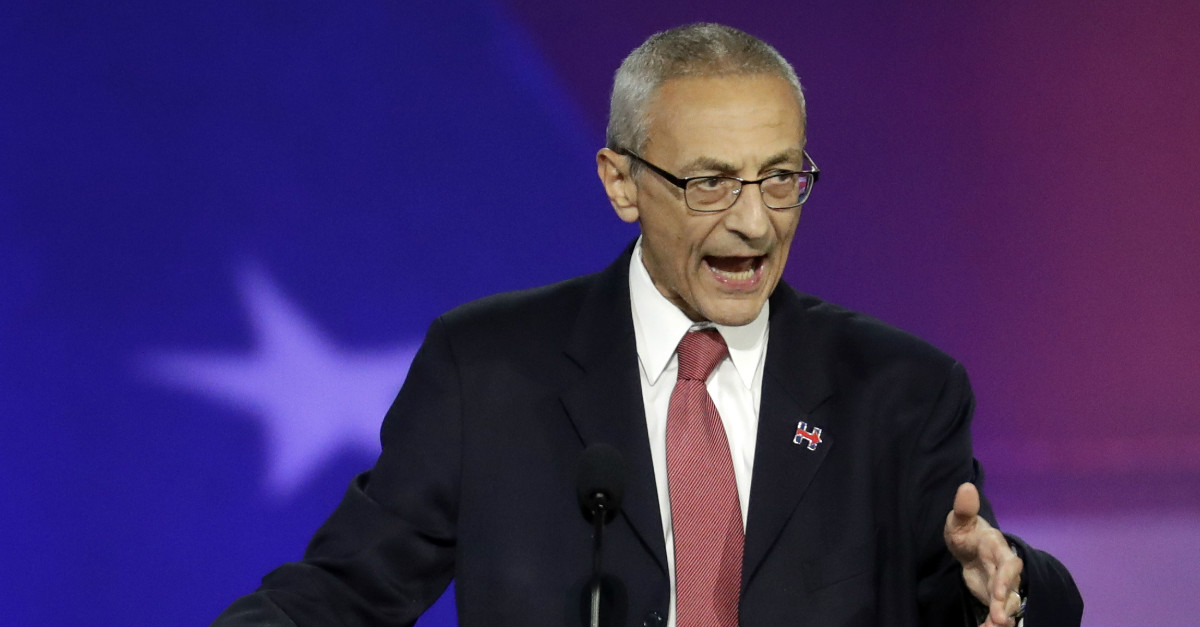 As the probe and investigation into Russian meddling in the 2016 election deepens, the three groups investigating are widening their searchlights.

Rob Mueller’s group of top-notch lawyers are keeping most of their business under wraps while the House and Senate Intelligence Committees are getting a bit more clandestine in their own investigations.

On Thursday night, CNN reported that the House Intelligence Committee plans to speak with John Podesta, who led Hillary Clinton’s failed 2016 campaign, sometime next week. The house’s committee’s Russia investigation is chaired by Mike Conaway (R-TX) after Devin Nunes (R-CA) recused himself following ethical blunders. The leading Democrat, Adam Schiff of California, has claimed that the probe is moving forward in a bipartisan manner.

RELATED: John Podesta shares the details of the FBI’s involvement in his email leaks

The CNN report states that the committee sent requests to six witnesses and that Podesta is expected to be interviewed in a closed session.

Neither Conaway or Schiff’s offices would comment on the reports. Schiff has stated that he hopes to interview White House aide Jared Kushner as well, though there are no concrete reports that Kushner was invited to testify.

Podesta became a leading talking point for President Trump and the GOP during the election after a trove of his emails were published by WikiLeaks. A number of U.S. intelligence agencies and officials have stated that they believe Russia is behind the hacks. In April, Trump’s CIA director, Mike Pompeo, called WikiLeaks “a hostile intelligence service.”

The leaked emails were a huge embarrassment for the Clinton campaign after they produced a number of revelations, including that CNN host Donna Brazile leaked questions to Clinton’s communications director and a series of speculations about the voting practices of Catholics. The e-mails also spurned the alt-right conspiracy theory “Pizzagate,” which relies on the hypothesis that Podesta’s communications include a series of secret codes for pedophilic acts.