His abrupt resignation, which came just hours after Trump senior counselor Kellyanne Conway said that Flynn enjoys the full confidence of the president, comes amid reports that the Justice Department had warned the Trump administration last month that Flynn misled administration officials regarding his communications with a Russian official and that he was potentially vulnerable to blackmail by the Russians.

Olbermann opened his latest report by immediately dropping the hammer — and not just on Flynn:

I call for Senators Graham and McCain, and any remaining patriotic Americans on the Republican senatorial roster, if any there yet be, to fulfill their promise of weeks ago to immediately conduct a full, open and limitless investigation into Russian hacking during the election, into Russian coordination with the Republican presidential campaign during the election and into the contact between the Russians and the transition team between the time of the election and the time of the inauguration.

And lastly, I call for the grand jury to not only indict Flynn for his alleged violations of the Logan Act, but also for those grand jury proceedings to include the naming of at least one un-indicted co-conspirator who may have been aware of and may have colluded with Flynn’s improper conduct involving the Russian gobernament. I identify that potential un-indicted co-conspirator as Donald J. Trump.”

Olbermann believes the outline of what has reportedly been done by Flynn became “substantially more clear” over the past week. A series of reported events, including revelations that Flynn misled or lied to press secretary Sean Spicer and vice president Mike Pence, both of whom had previously issued repeated public denials on Flynn’s behalf, about speaking to a Russian official about sanctions while President Obama was still in office.

RELATED: Matt Lauer gets into it with Kellyanne Conway over Michael Flynn

Flynn would later indicate that he had no recollection of talking about sanctions, but that he could not be sure the topic didn’t come up. The mounting pressure apparently became too heavy for Flynn, whose resignation takes him out of the administration less than a month since the inauguration.

Olbermann received his first wish, Flynn’s resignation. Now it’s up to “any remaining patriotic Americans on the Republican senatorial roster,” as Olbermann says, to follow through with deeper investigations into the administration’s ties to Russia. 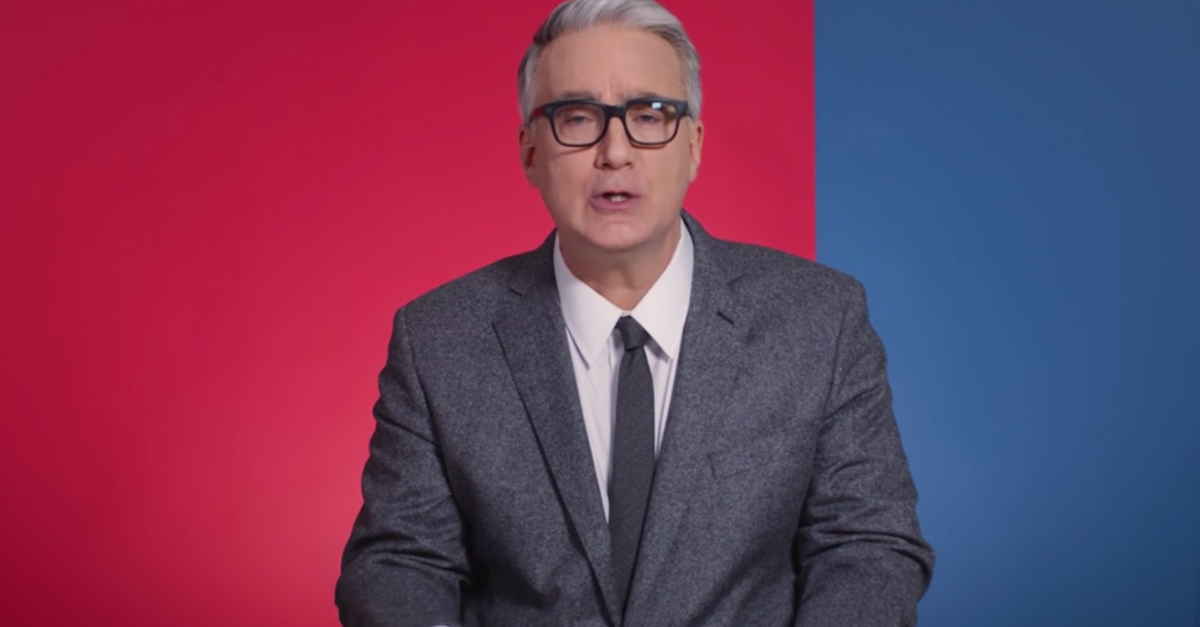