How bad is it between Donald Trump and Rex Tillerson? 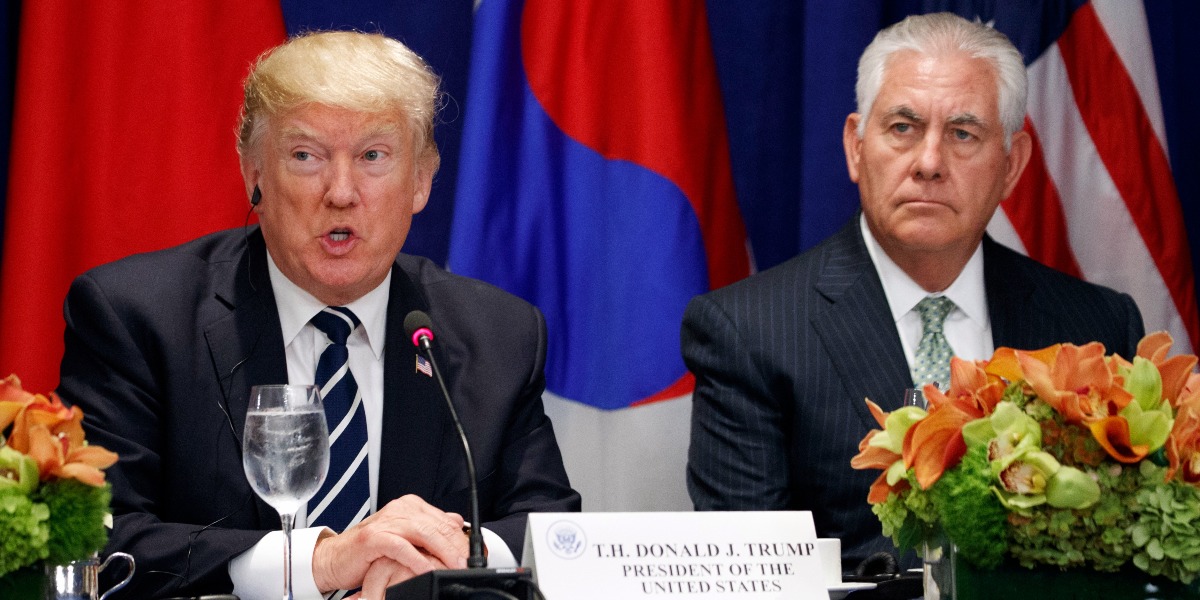 We all pretty much knew President Donald Trump and Secretary of State Rex Tillerson have had a number of clashes, even before today’s bombshell NBC News report. Both men have distinguished and accomplished careers in their respective industries and both are Type A personalities forced to deal with one another in an administration that is often best described as freewheeling and chaotic. Tillerson is quieter than Trump and not in constant search of publicity, but he has his pride and is more than happy to push the president in policy directions he would not go on his own (recertifying the Iran nuclear agreement, for example).

RARE POV: As Nikki Haley rises, Rex Tillerson ends up competing for his own job

No one but those in Foggy Bottom’s innermost circles will know for sure how distressed Tillerson has been over these last months. But a blockbuster NBC News report takes us into that inner circle, exposing a relationship between Trump and his Secretary of State that is at best struggling and at worst on a razor’s edge. The story has all the elements of an episode of House of Cards: Tillerson allegedly calling his boss “a moron” after a national security meeting at the Pentagon; Tillerson threatening to stay in Texas rather than going back to Washington after his son’s wedding; the vice president, defense secretary, and incoming White House chief of staff counseling Tillerson to remain in the job a little longer. If it weren’t for Mike Pence playing the role of in-house therapist, Tillerson may have joined then ranks of Mike Flynn, James Comey, Tom Price, Sally Yates, Reince Priebus, Steve Bannon and Sebastian Gorka in “early retirement.”

Hours after the NBC story broke, Tillerson held an unscheduled press conference refuting everything in the NBC report as a bunch of nonsense unworthy of a response. Tillerson assured the press that President Trump “loves this country. He puts Americans and America first. He’s smart.” And for the record, Pence never gave him a pep talk to stay in his post, because he never thought about quitting, Tillerson said. Interestingly, he didn’t outright deny that he called Trump a moron at the time, choosing instead to avoid the question altogether and send word denying it later, via a State Department spokeswoman.

Tillerson probably thought the NBC report was so damning and potentially perilous for him that the wisest course of action was addressing the allegations head-on. He wouldn’t be giving public remarks on such short notice if he didn’t want to stay in the administration a bit longer. Perhaps it’s also a way to protect the State Department in the inter-agency debate; Foggy Bottom already has limited influence, but it could be much worse off if Trump punished the entire department for Tillerson’s disloyalty.

RARE POV: Why is Trump so optimistic about peace in the Middle East?

Trump and Tillerson’s relationship may recover, but it won’t be a stellar working partnership like that of George W. Bush and Condoleezza Rice — a collaboration dominated by trust and candor. Whereas Bush and Rice respected each other and ultimately sang from the same hymnal, Tillerson is lucky to get through a week without U.S. foreign policy being upended by his boss’s tweets. As long as that continues, the State Department will spend as much of its day deciphering Trump’s statements as it does promoting diplomatic solutions around the world.