How did CNN’s fake news story about Donald Trump Jr. and Wikileaks even happen? 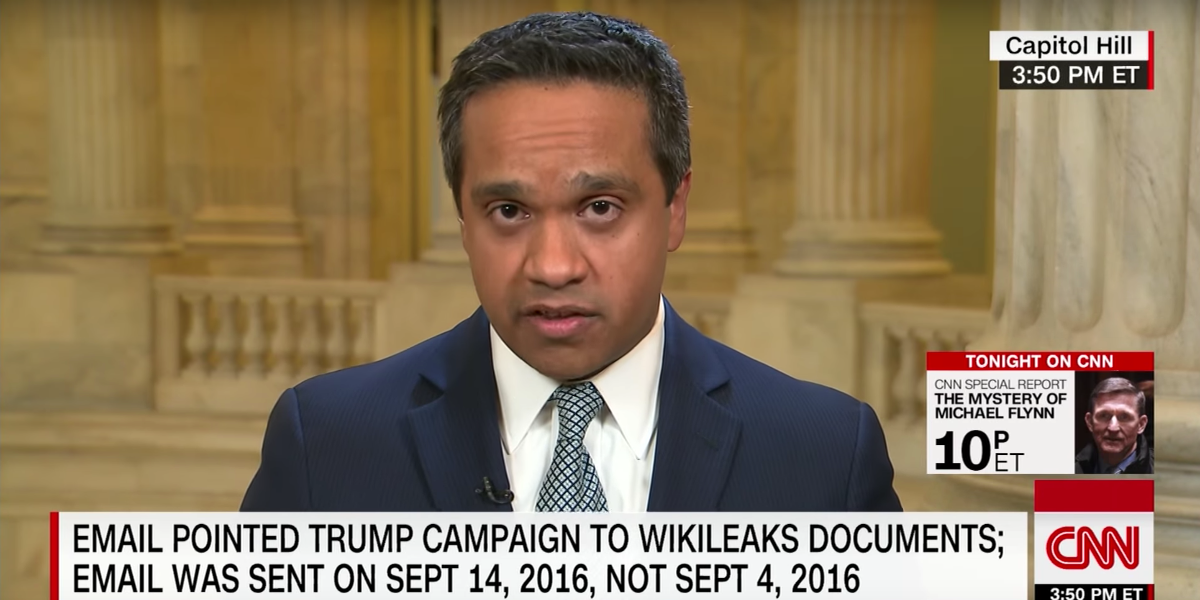 CNN ran the headline: ?Exclusive: Email shows effort to give Trump campaign WikiLeaks documents;” and MSNBC and CBS journalists clucked for hours Friday about the scoop and its “evidence” of collusion between the Trump campaign and Russian backers of Wikileaks.

This report was all based on an email from someone named Michael J. Erickson, whom CNN could not identify, to Donald Trump, Jr., offering a decryption key and access to emails that WikiLeaks had uploaded, including the leaked DNC emails. CNN said the email was dated September 4.

There’s a pretty major problem, though. The email was actually dated September 14, after Wikileaks’ data dump. Far from evidence of “collusion” with shadowy Kremlin characters and Wikileaks, the email simply contained information that was publicly available.

CNN was forced to amend its headline to the decidedly less scoop-worthy “Email pointed Trump campaign to Wikileaks documents.”

How could CNN get this so wrong? Let’s start with the mysterious Michael J. Erickson. Though CNN originally billed him as someone offering the Trumps special access, Wall Street Journal?s Rebecca Ballhaus noticed the email was riddled with typos and came from someone who had donated $40 to the Trump campaign months earlier. That hardly seems like a person with insider access. She also correctly noted the date as September 14, which gives her several points over CNN.

In a story riddled with problems, one wonders how CNN ran with this, even when they admittedly couldn’t identify Erickson.

A spokesperson for CNN gave the understatement of the year: ?CNN’s initial reporting of the date on an email sent to members of the Trump campaign about Wikileaks documents, which was confirmed by two sources to CNN, was incorrect.”

The very basis of this story from start to finish was false, because if the information was publicly available and this email came from a member of the public, then far from being a scoop, this is an email that literally anyone could have sent.

Not only that, but CNN apparently ran this story relying entirely on the word of “multiple sources” instead of getting a copy of the email for themselves.

The email came to light because of the investigation being conducted by the House Intelligence Committee into Russia?s alleged meddling in the 2016 election. Investigators are poring over thousands of emails sent and received by the Trump campaign, and Donald Trump Jr. was asked about this particular email in a closed-door session with the committee this week.

CNN also says that unlike the June reporting that led to the resignation of three reporters and an embarrassing retraction from the outlet, this time there will be no  disciplinary action because “multiple sources” provided “incorrect info.”

One person can make an honest mistake on a date. But how did “multiple” people with access to this email all misread the date in precisely the same damaging way, then feed the information to CNN and CBS? CNN has refused to disclose that.

For a network that has breathlessly covered Russia’s alleged campaign to influence the U.S. election via trolling Twitter bots and social media, CNN is remarkably quiet on how it was tricked into covering this non-story.