How liberal, really, is pro wrestler “The Progressive Liberal?” 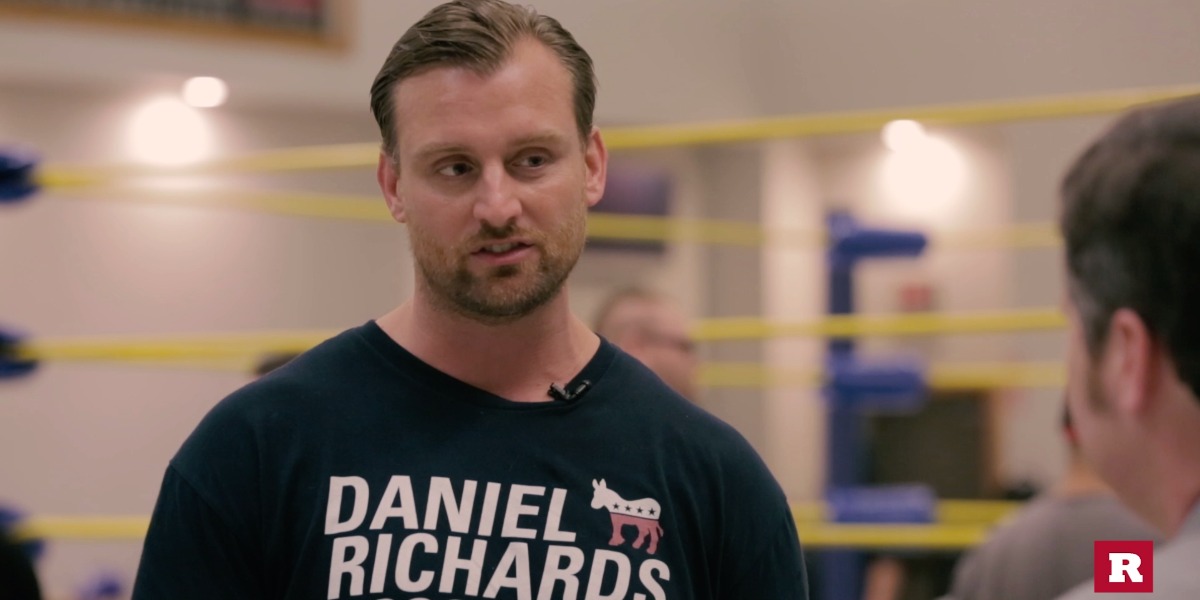 As a fan of pro wrestling most of my life, I have often heard from people in the business that the most successful performers are those whose characters are simply amped up versions of their true selves. “Stone Cold” Steve Austin really is a beer swilling redneck. Ric Flair really is a limousine-riding party animal. John Cena really is the positive-minded good guy he portrays on television.

And “The Progressive Liberal” Daniel Richards really is a Trump-hating leftie.

Richards wears “Dump Trump” on the back of his wrestling trunks. He has a windbreaker with Hillary Clinton’s face plastered all over it. “He is not my president!” got the biggest cheer of the night at the event I attended in the Washington, D.C., metro area where Clinton got 90 percent of the vote.

Due to his politically-charged character in the often tense first six months of the Trump administration, Richards has been making headlines that have transcended the pro wrestling world. When Rare caught up with him at an appearance at NOVA PRO wrestling in Annandale, Virginia, recently, I had the opportunity to learn just how “real” “The Progressive Liberal” really is.

?This will be the first time I think where I?m received warmly,? Richards told Rare. ?That?s a stark contrast to where I normally wrestle in Coal Country, the Bible Belt, Kentucky, West Virginia, North Carolina, big redneck state, Tennessee. There, they boo the liberal incessantly. So it?ll be a nice change of pace,? Richards said.

RELATED: Pro wrestler ?The Progressive Liberal? is a bad guy everywhere he goes ? except Washington, DC

Richards wants fans and others to understand that using his personal politics as his wrestling persona was an idea he had long before the Trump phenomenon happened and certainly well before our new president won the election.

“Please know that when I conceptualized this Donald Trump had only talked about running, and it was well before that next election cycle,” Richards explained, describing the origins of his character. “So, about 2014, I had a hiatus in the business and came back, and you know, you’re making these long trips in the car, and your mind just goes…”

Richards continued, “I just knew it would get heat, and again, this is before the climate drastically changed with Donald Trump. When he came into the fold…”

I interrupted to ask Richards if he thought Trump was a “gift.” “Not for the country but for me and my wrestling career, yeah,” he responded.

I asked Richards when conservative fans get in his face, how does he respond? “I think if you’re in my face, I’m listening to what you say, and then I’m playing off of that,” Richards explained.

“You’re right,” Richards shot back with a grin, “Donald Trump’s plan is so much better!” he said sarcastically.