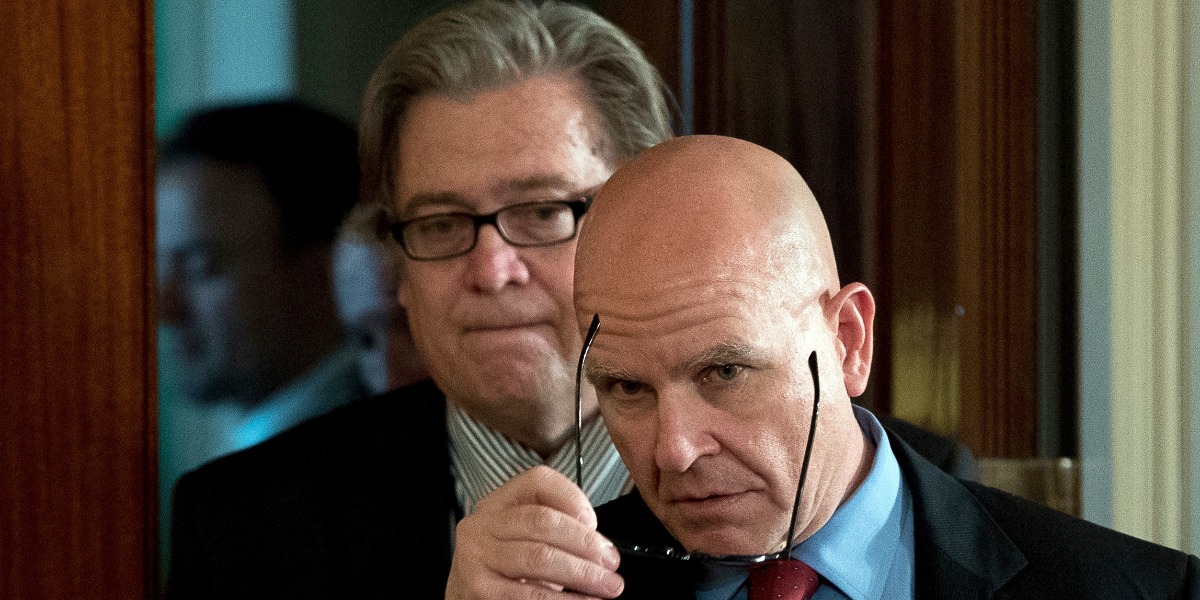 Amidst all of the intrigue about former White House chief strategist Steve Bannon?s resignation from the Trump administration — and all of the angst among White House officials about what the populist flamethrower will be up to now that he?s back running Breitbart — there is another story that is just as interesting and enormously more important.

Bannon?s departure from the inner circle has the very real potential of impacting the balance of power contest between those in the Trump administration advocating for a strictly nationalist, anti-interventionist U.S. foreign policy and those like National Security Adviser H.R. McMaster and Secretary of Defense James Mattis who have advocated a pragmatic approach more in line with America?s traditional worldview.

RELATED: Steve Bannon is out after critics spent months calling for his firing

Indeed, the camp of conventional internationalists couldn’t have asked for a greater gift at this critical time than Bannon?s resignation. Bannon?s absence from the table could turn out to a significant inflection point for how the Trump administration runs foreign policy for the next three-and-a-half years.

It?s difficult to describe just how heated disagreements between Bannon?s faction of America Firsters and the McMaster-run National Security Council were over the last several months. The Bannon-McMaster rivalry, a clash of wills that will very likely continue even now that Bannon is back in his old job at Breitbart, wasn’t merely about two Type A men with big egos rubbing each other the wrong way. More consequently, it was also a vicious debate about substance and policy and what direction U.S. foreign policy should take.

On the war in Afghanistan, McMaster — with the support of Chairman of the Joint Chiefs of Staff Joe Dunford, Defense Secretary Mattis and General John Nicholson Jr. — has been a persistent proponent of more U.S. military involvement. The national security adviser?s recommendation throughout the Afghan policy debate has been consistent: if the U.S. wants to prevent the Afghan government from losing more ground to the Taliban and compel the Taliban leadership to negotiate a peace deal, the administration needs to provide Kabul with the military backup required to pummel the insurgency into submission.

It’s a recommendation that Steve Bannon has fought every step of the way. What McMaster regards as a critical front in the war on terrorism, Bannon views as a continuous war between Islamists, warlords and a corrupt Afghan government that has taken the form of damp sponge soaking up tens of billions of dollars in American taxpayer money every year. Now that Bannon is out, McMaster and his allies have been ridden of a dangerous bureaucratic infighter who was advising Trump to cut the line leave Afghanistan to its own devices. McMaster, in other words, now has far more room to maneuver without worrying about an enemy within the ranks.

RELATED: Steve Bannon might be gone, but he?s not going to leave silently

The nuclear agreement with Iran is yet one more flashpoint that has continued to divide the Trump administration. Trump was so frustrated about re-certifying the agreement last month that he appointed a team of White House staffers to build a case against another certification. That team included Bannon, NSC aide Derek Harvey and Bannon ally Sebastian Gorka, but with Bannon and Harvey out and Gorka reportedly in jeopardy of losing his job as well, the more pragmatic members of Trump?s national security team who have argued that it?s best to maintain the deal could very well be given a boost.

In Washington, personnel is policy. Traditionally, those involved in the critical meetings and officials who possess a direct line to the president have more of an advantage in influencing his decision-making than those who are on the outside.

Steve Bannon still has a lot of juice on the outside, enough to make Trump’s political standing miserable if he strays further from his base. But the fact that Bannon is off the West Wing payroll means that last Friday was a good day for the White House officials who subscribe to a mainstream foreign policy doctrine.